For the 15th consecutive year a colourful solidarity calendar has been produced by local writer Andy Ormiston, and distributed to over 30 charities and organisations, thereby enabling them to raise much needed funds. During the coming weeks the calendars, over 2500 of them, will be sold to their supporters, the public or used in Raffles as prizes.

The theme of the 2020 calendar is the Costa Blanca with lots of general information as well as images on many of the incredible towns that make up this part of Spain. As always there is space for writing notes and appointments on each page.

The mood of those attending the calendar launch, which was held last Tuesday in the wonderful landscaped gardens of Aroca Sequier Abogados, was dampened somewhat by the news that organiser Andy Ormiston remains seriously ill in Torrevieja Hospital.

In her opening words Aoife Leddy, who was standing in for Andy, conveyed the prayers and best wishes of the gathering to Andy’s daughter who was in the audience. She then went on to briefly outline the design and the aims of the calendar which provides practical information about national and regional holidays and fiestas, cultural events, places to visit and useful telephone numbers, as well as reminders of U.K. and Irish Bank Holidays.

She explained that the calendar, on average raises over 10,000 euros for diverse needy causes each year and to date it’s sale has raised in excess 100,000 euros for charitable causes.

Representatives of many of the groups and associations were present at the presentation underlining the vast assortment of voluntary support there is available in the Vega Baja that covers the poor and homeless, the sick, both in and out of hospital, those with deadly illnesses, the old and the young, orphans, people in distress, broken families, ex-servicemen, animals and the environment.

The audience comprised of a twenty or more charities, all of who will now benefit from the calendar by selling it to their members and supporters, the proceeds of which will be donated to their funds. Charities attending included The Royal British Legion, Age Concern, Elche Children’s Home, HELP, AECC, AFA, K9, Reach Out, Rascals, Stagestruck, Apanee, Paul Cunningham Nurses, AEIDM; the Butterfly Children, La Mata Natural Park Volunteers and others. 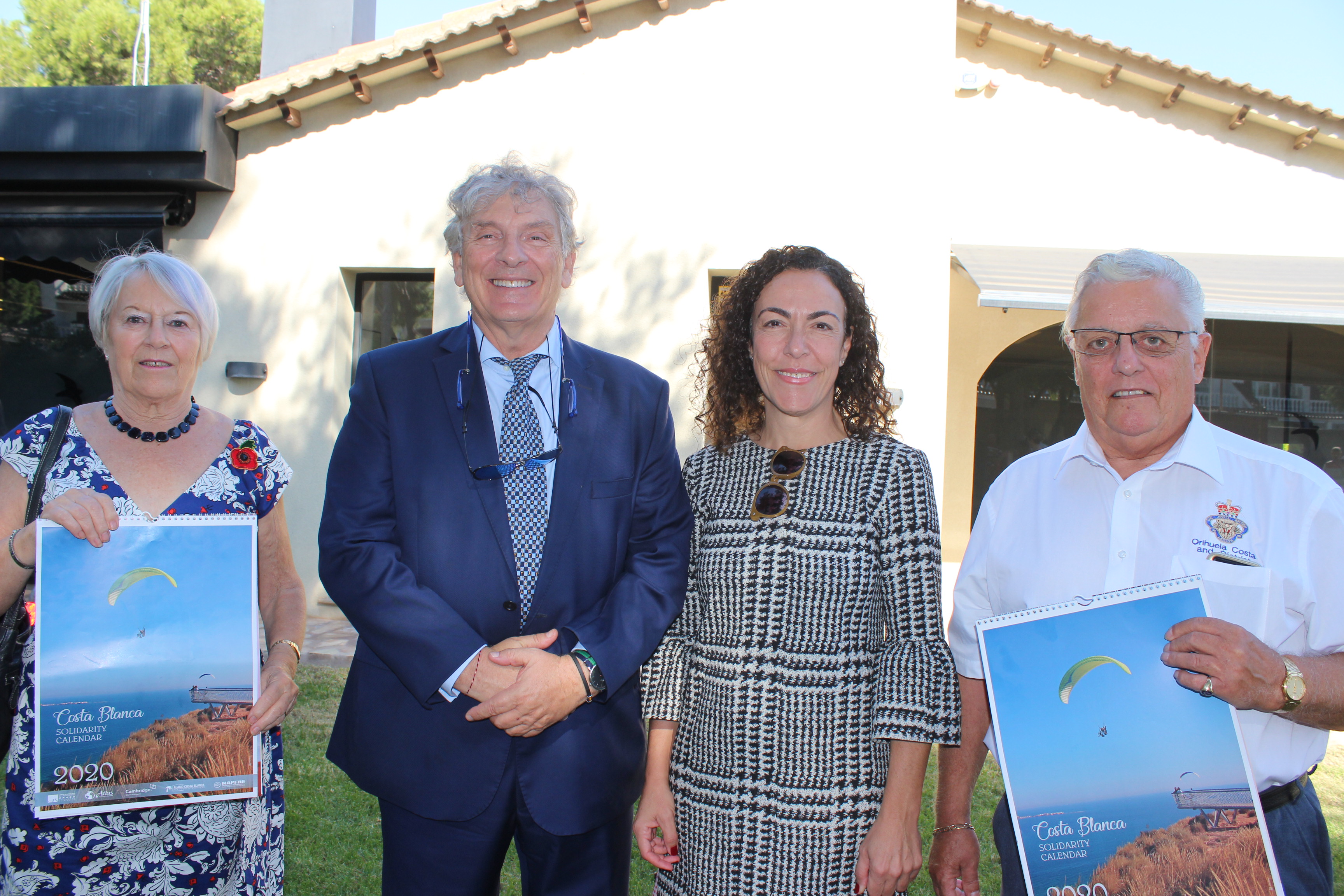 Following the presentation of the calendar there was a short briefing on the work currently being carried out by the Yayasan Sahaja Sawah Foundation in Bali, Indonesia, where local donor Bernard Van Helmt is building a school and family accommodation as well as providing much needed infrastructure, social and medical support to local villages. There then followed confirmation of a 30,000€ donation to the foundation after which a further 24,000€ was also presented to Nuevas Fraternidad, Apanee, The Alzheimers Association, Paul Cunningham Nurses, Elche Children’s Home and The Stroke Association in appreciation of the splendid work they have done locally, throughout the year. 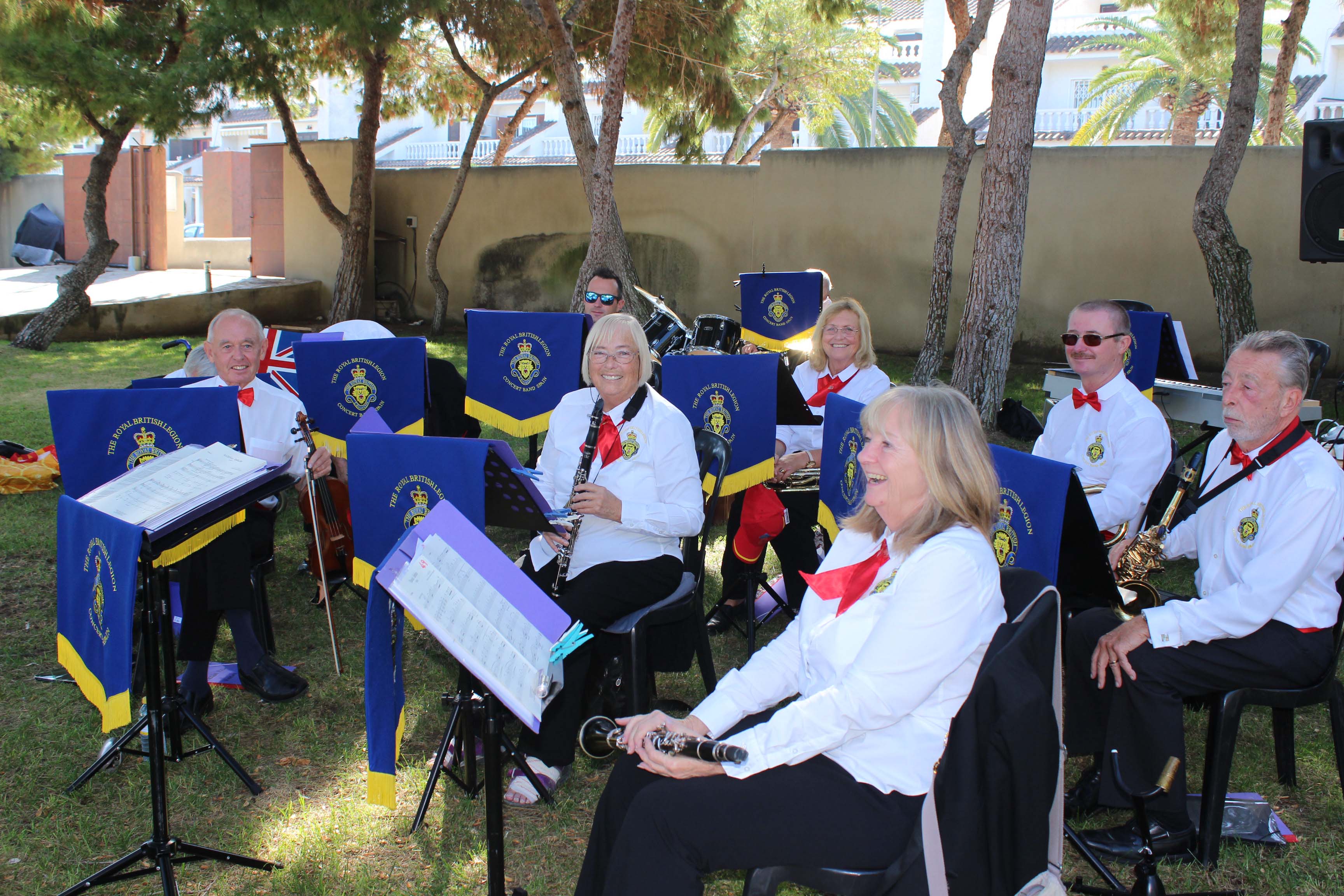 Following the presentation ceremonies music was provided in the garden by the Royal British Legion Concert Band Spain, led by David Last, with vocal accompaniment by Valerie Lynch, who played and sang for an hour or more to an appreciative audience, as they enjoyed tapas, wonderful local jamon, wine and refreshments, provided by the hosts

How To Have The Healthiest Lawn In The Neighborhood