OVER 2,388 euros has been raised in the wake of an appeal to help horses left homeless, following the Gota Fria that hit the Vega Baja areas, including Dolores.

“I, along with Pony Express owners Jess Ennis and Jaime Carpenter, would like to thank everyone who donated,” Spain horse show star Emma Tytherleigh told me from Germany.

Emma, who also thanked the Costa Blanca and Costa Calida Leader in helping the cause, said: “To collect almost 2,500 euros was phenomenal.

“Along with the money donated, there were also donations of grain, hay and equipment.”

Despite being in Munich, Emma rallied round the cause in helping horses in the Alicante province, particularly in the Dolores and Vega  Baja regions.

“The donation appeal has finished. We feel others in the community remain to need it, more than us,” said Emma. 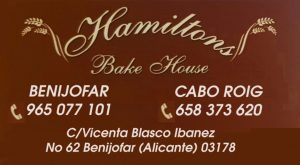 “The horses rescued have everything they need and will be continued to be looked after, as long as need be,” said Emma.

“Thanks go to Book A Bale and to Hovar, who paíd for 70 bales; going to Alberto Guillen Llopis. The remainder will be split between Miguel and another family,” said Jess Ennis from Pony Express, Dolores.

“Jaime Carpenter and I can’t thank you all enough,” added Jess.

Evacuation of horses in Dolores took place, including at Hippica Gallilo Stables, where 5,000 euros donations were raised.