Organised by the Honourable and Royal Order of Knights of San Cristóbal, the 28th Day of Coexistence with the Armed Forces was celebrated in La Mata on Saturday.

The event returned to the municipality for the first time in over 3 years, bringing with it more than 200 members of the Civil Guard, National Police, Local Police, Services of the Military Emergency Unit (UME), Air Force and the Spanish Army. 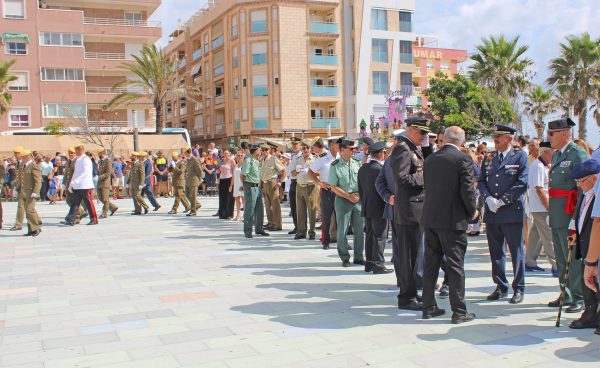 An array of Spanish and Municipal flags flew in la plaza del Embarcadero de la sal under the watchful eyes of the mayor, Eduardo Dolón, and the President of the Royal Order of Knights of San Cristóbal, Antonio Marín.

They were joined by a number of senior military and police commanders, who performed the solemn act of homage to the flag and the fallen. There was also a parachute display from la Escuela Militar de Paracaidismo Méndez Parada, and music from la Unidad de Música de la AGA de San Javier. 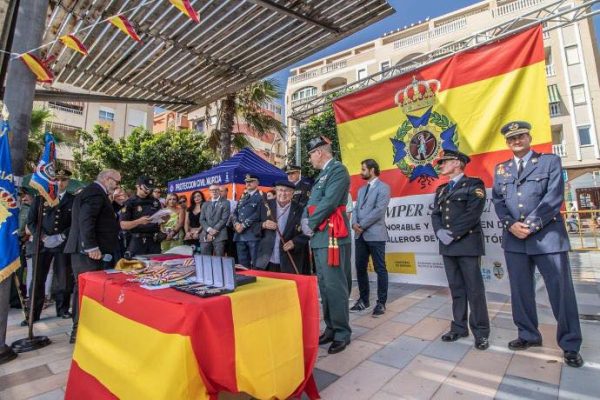 At 12 noon, awards were presented to a number of personnel of the State Security Forces (CFSE) and the FAS, as well as to civilian personnel for their loyal service. Tributes were also paid to the former Military musician, Francisco Grau Vegara (a native of Bigastro) and Commander Francisco Marín Núñez, who lost his life only 2 weeks ago in an aircraft accident.

Both were appointed Knights of the Order of San Cristóbal. The events concluded with the flying of the Spanish flag at half-mast.