Following their great start to the season with a victory at University Alicante, Thader played this opening home match against Rayo Ibense, who last season were playing their football in the 3rd division.  Rayo started their campaign with a draw against Benferri, but Thader manager Jon Ortega knew that they would be a difficult proposition.

A bumper crowd gathered inside Moi Gomez Stadium in great anticipation, but it didn’t take long for the bubble to burst.  The hosts started brightly, Victor looked to be fouled when through on goal with 5 mins on the clock, but alas the ref was unimpressed.  Only 2 mins later, poor defending by Thader allowed Rayo to open the scoring. 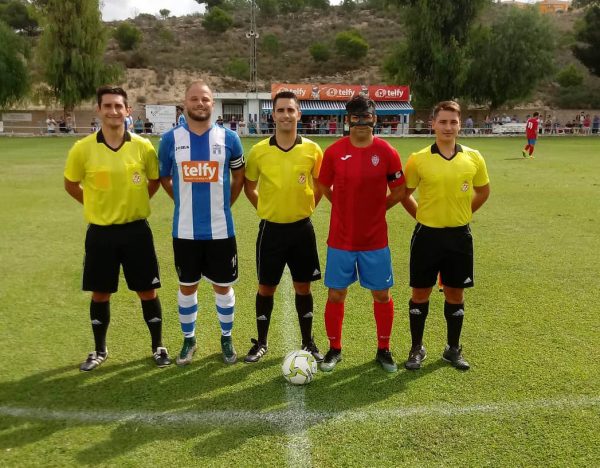 Failure to clear their lines, resulted in Navarae (complete with face mask which resembled super hero Zero) latching on to a loose ball, before striking a powerful low drive past keeper Sergio at his near post.  It got worse, for on 12 mins, the same man struck a beauty from 20 yards, giving Sergio no chance.

Sergio pulled off a great save on 18 mins, denying Rafa a 3rd Rayo goal.  Unfortunately it only delayed the inevitable, for 2 mins later, Rafa’s shot took a deflection before nestling in the back of the net.  To say that Thader’s players looked shell shocked, is an understatement, but the visitors were good value for their lead, whilst Thader were in complete disarray.

Victor did bring off 2 good saves from Rayo keeper Alfredo on 27 and 35 mins, but Thader’s cutting edge, in evidence last week, was somehow missing.  Just before the interval, Rafa Gomez came close, but a 0-3 deficit at half time was not a scoreline that coach Ortega would have envisaged. 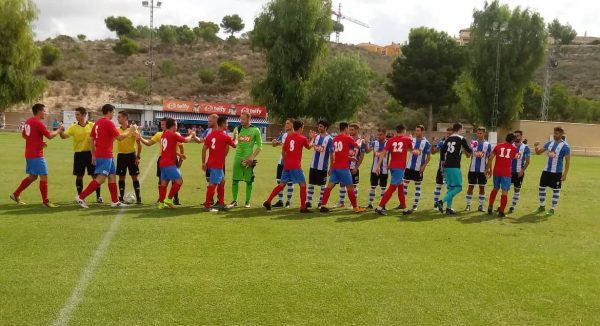 Lloyd set the scene in the 2nd half, his 30 yard shot on 50 mins, going straight down the throat of keeper Alfonso.  Not to be denied, Thader’s captain struck a glorious free kick from distance on 67 mins, which beat the wall before easing inside the top left hand corner.

Although the game degenerated into one of cynical fouls and yellow cards, Lloyd was shooting on sight, coming close on 78 mins, another long range effort which was well saved.  From a similar position in which he had scored his goal, Lloyd rattled the upright on 88 mins, before the ball was scrambled to safety.

Substitute Cabrera tested Alfredo in time added on, but alas it was too little too late, for a Thader side who need to become more alert in defence, if more defeats are to be averted.

Next weekend (check CD Thader facebook page for details), Thader are away at Orihuela ‘B’, for their 3rd Preferente league match of the season.