The Local Police are saying that they are finding it difficult to cope with the current spate of household robberies that residents are experiencing in the town.

They say that there is a lack of officers, a situation that they have been denouncing for a long time, a lack of human and material and bad management by senior staff.

They also add that they only have half of the number of officers that bordering municipalities such as San Javier.

Thieves, they say, take advantage of the summer holidays to break into empty homes in cities like Murcia, and so far this month, coastal municipalities such as Los Alcázares are also experiencing an increase in break-ins which has residents and holidaymakers on full alert, according to sources close to the case.

The first of the recent robberies took place last Sunday at dawn, on la calle Victoria. Neighbours said that they heard noises in the backyard and called the police. They found a forced kitchen window, but there was no trace of the robbers. They also returned to the same property and tried again a few days later. 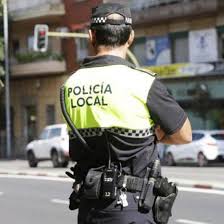 There was a further robbery at a ‘lock up’ on la Calle Federico García Lorca where frozen food, spices, soft drinks and beer was taken. The owner was using the garage as a store for his grocery business.

A house on calle Manuel Acedo was the next property to be accessed while the owners were on holiday with the thieves taking jewellery and money, the same items that they took from a house on la calle San José, having entered from a ground floor balcony.

The police say that the thieves would watch their targeted properties for some time prior to each robbery as was the case in la Calle Condesa, which the robbers broke into almost as soon as the owners left. What they did not know is that there were more people inside the house but they still managed to escape taking two bags.

The most recent robbery to date occurred in the early hours of last Saturday, on la calle Madreselva where they climbed into the backyard of a house, forced the kitchen door and stole jewellery, money and a laptop. However they left behind their shoe prints next to the garden wall.

All these problems, coupled with the fact that the population of Los Alcázares increases during summer, provide temptation for delinquents and gangs.

It is well known that there are some shifts where there are only two agents on duty, some of which coincide with thousands of people who coming out of nightclubs, both in the municipality and from nearby San Javier. The local police say that they are absolutely over run and they cannot cope without the collaboration of the Guardia Civil.