Following the jihadist attack in Barcelona two years ago Torrevieja seafront security was enhance with the provision of a number of concrete bollards placed in the town centre and along the seafront.

The city council at the time was quick to realise the necessity of protecting it’s residents and it’s public spaces against the very real danger of terrorist attacks, especially in vulnerable and high profile crowded locations. The decision was taken to install 42 concrete bollards in the town centre and along the seafront to avoid attacks such as those seen in Barcelona or Nice.

It was announced as something of a temporary move until such time as the council could purchase items that were more in line with the aesthetics of a tourist city.

The bollards most certainly served their purpose, that of blocking the passage of vehicles, but for the last two years they have also served as rubbish bins to passers-by, at an annual rental cost of 12,000 euros.

Last week, however, the council began to replace the unsightly concrete blocks with planters that are far more aesthetically pleasing and far more in line with the aesthetics of a city that attracts many thousands of tourists every year. 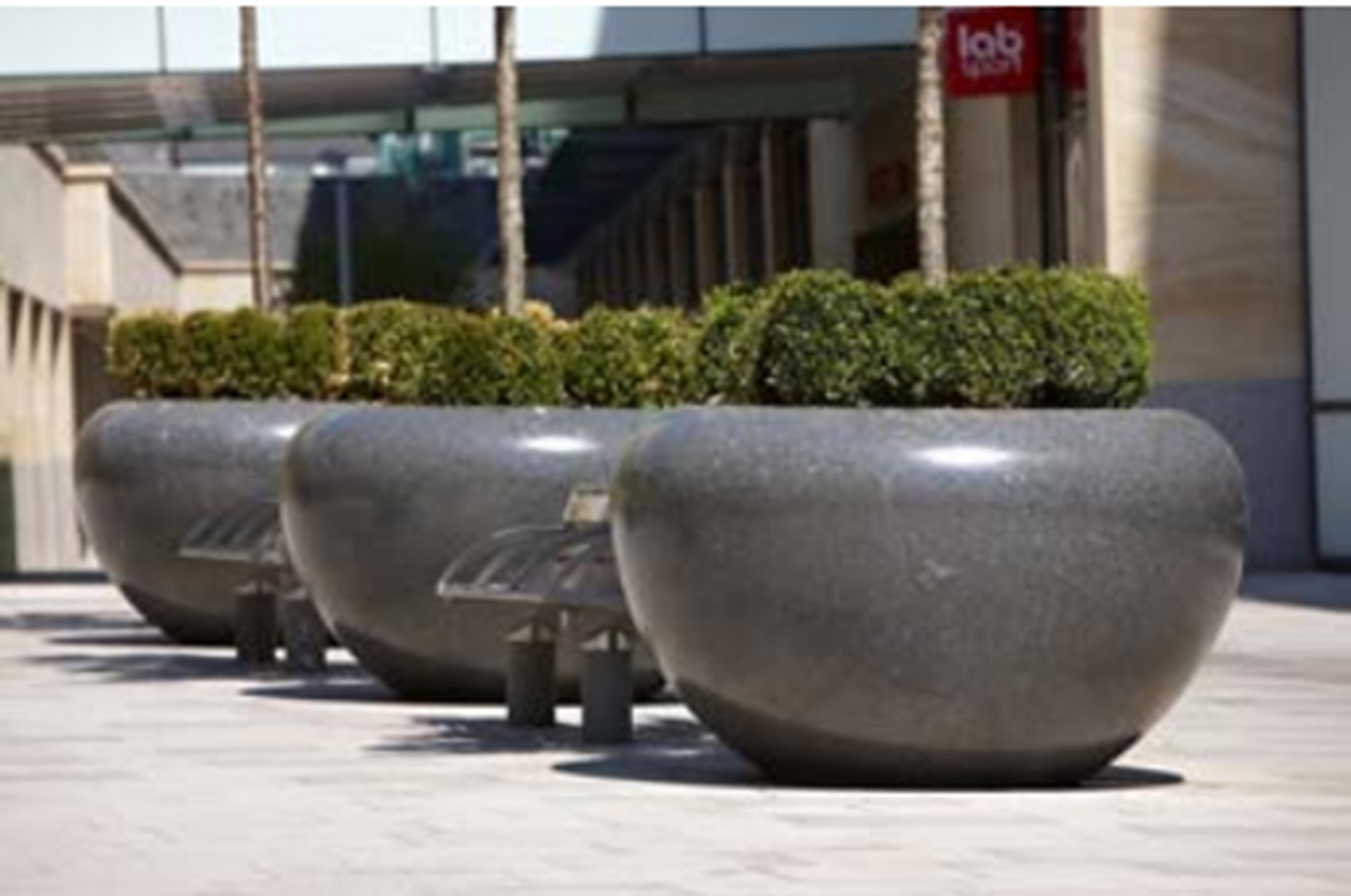 The 42 concrete barriers are now being replaced by 22 large planters in which palm trees and flowers have been planted and that serve exactly the same purpose, blocking the passage of vehicles, but, most importantly, they significantly change the aesthetics of the area in the City now governed by the PP .

The contract for the 22 planters was awarded at a cost of 17,707 euros, 14,634 without VAT. They are being placed in Vista Alegre, Juan Aparicio and La Libertad, alongside the new floral urban furniture.

The levels of threat to the urban environment, and to the visitors and tourists that frequent these outside spaces, has certainly evolved over time, and will no doubt continue to do so. Therefore, it is absolutely vital that the people responsible for shaping our public realm recognise that there is often no ‘one size fits all’ answer to security, and consequently a multi-layered approach to perimeter protection must be considered, to meet both our present and our future security needs.

In providing the ‘new look’ and enhancing our security, the city council feels that it has now improved the function, character, and quality to these public spaces as well as bringing a cosmopolitan look and feel to the city centre.