Mariola Rocamora, the Orihuela councillor for fiestas, announced details of three free concerts in the coming weeks to be held on the Orihuela Costa at council expense. They will take place in Playa Flamenca and La Zenia on 17, 24 and 30 August.

The first event will take place at 11pm on Saturday at Calle de las Orquídeas, on the esplanade of Playa Flamenca, featuring a very popular Spanish act, ‘The Trouper Swing Band,’ an Alicante band that was formed in 2013. The band plays the great swing and rockabilly classics of the 30’s, 40’s, and 50’s in neo-swing style.

‘Frank Daniel’s DJ’s’ will play on Saturday, August 24, at 10:30 p.m., at the bottom of Avenida de la Playa, by La Zenia beach. The two Murcia DJ’s mix electronic sets of music and are extremely popular on the Ibiza music scene.

Finally, the band ‘Eterno Mecano,’ a tribute act to one of Spain’s biggest goups, Mecano, will close the program on Friday, August 30, at 11 p.m., on Calle de las Orquídeas, on the Playa Flamenca promenade.

All three concerts, each of which should appeal to a very different audience, are absolutely free and are sure to draw large crowds, so the message is to get there early if you want to enjoy the music and make the most of the party atmosphere. 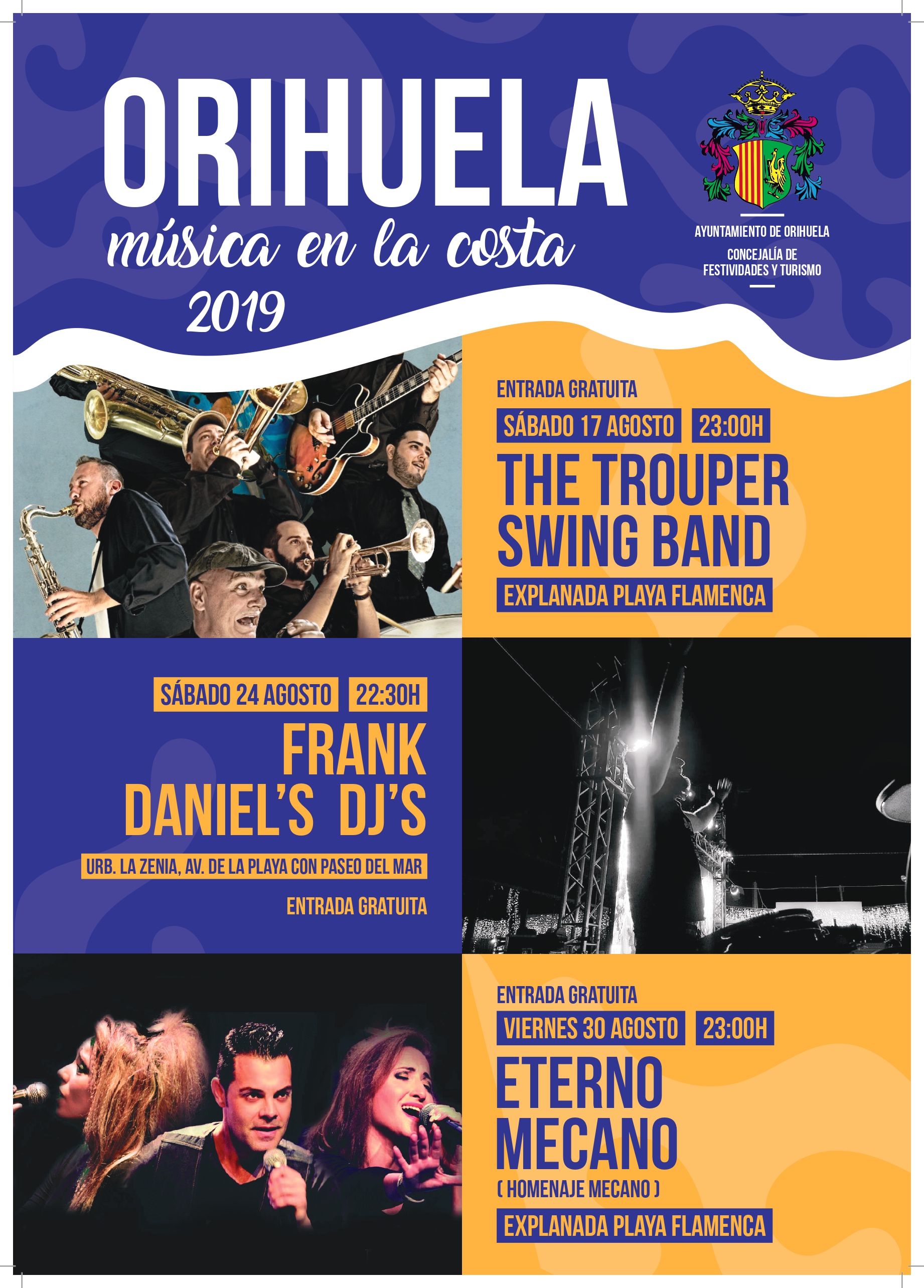