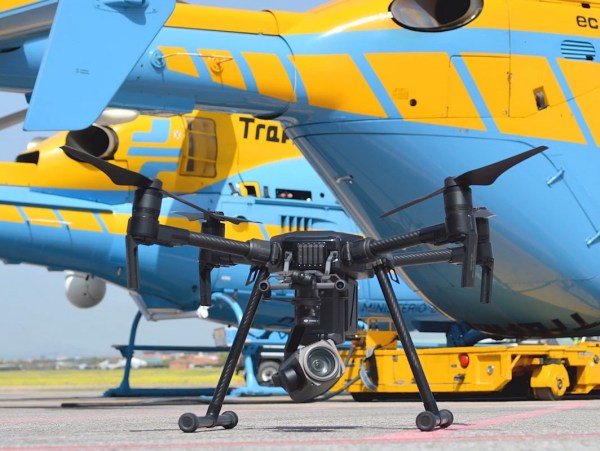 Having undergone rigorous testing in numerous different locations and scenarios, the use of drones has now been approved for monitoring traffic violations and, more importantly, the evidence collected by them can be used for the issuing of fines and sanctions.

The announcement was made by the DGT to coincide with one of the periods which sees traffic intensify on the roads, the month of August, during which 47 million long-distance journeys are expected, 1.57% more than those made in August last year.

The drones have already been in service monitoring traffic, but the ability for them to issue fines means that they will be used to offer more protection for vulnerable road users in particular, and on sections of roads where the risk of incidents is greater.

Coinciding with the launch of the second special operation for summer traffic, the General Directorate of Traffic said that from 1 August, those drivers who violate traffic regulations and road safety may have their activities captured by drones.

As a priority, drones will be used for traffic surveillance in those sections where the risk of incidents is higher; on roads where there is a greater transit of vulnerable users, particularly cyclists, motorcyclists and pedestrians, and they will also be used to pay close attention to distractions whilst driving, such as using a mobile phone.

Currently, the DGT has 11 drones, 3 of them certified by the Spanish Centre of Metrology (CEM) which are the ones that will begin to report infractions. The remaining 8 will continue to be used for traffic regulation and management. In addition, the acquisition of another 20 units that, once supplied and certified, will be incorporated into the work of traffic surveillance and control is in the bidding process.

In addition to the drones, the Pegasus equipped helicopters will be in the air monitoring traffic from afar and on the ground every available traffic unit will be keeping a watchful eye on the movement of vehicles, including in unmarked cars.

The network of cameras will also be monitoring traffic, not only checking for speed, but also fr mobile phone and seat belt use.

This August will see an additional 8 fixed cameras enter service, with many more to follow.

There will also be intensified checks on the use of alcohol and drugs before driving, which will take place at any time, day or night.