A new Commercial Centre is still without refuse containers 2 months after first opening. The centre at Lomas de Cabo Roig has contacted the town hall department, led by Councillor Dámaso Aparicio, on several occasions, but still their appeals have been ignored.

The new facility comprises of 27 outlets, many of which have already been filled with restaurants, cafes and bars, and all of which generate large amounts of litter, foodstuffs and other waste, but despite their arrival, the hundreds of customers they serve on a daily basis, and the thousands of addition euros the units generate in taxes, the department has not placed a single additional container to cover the needs of the new businesses. 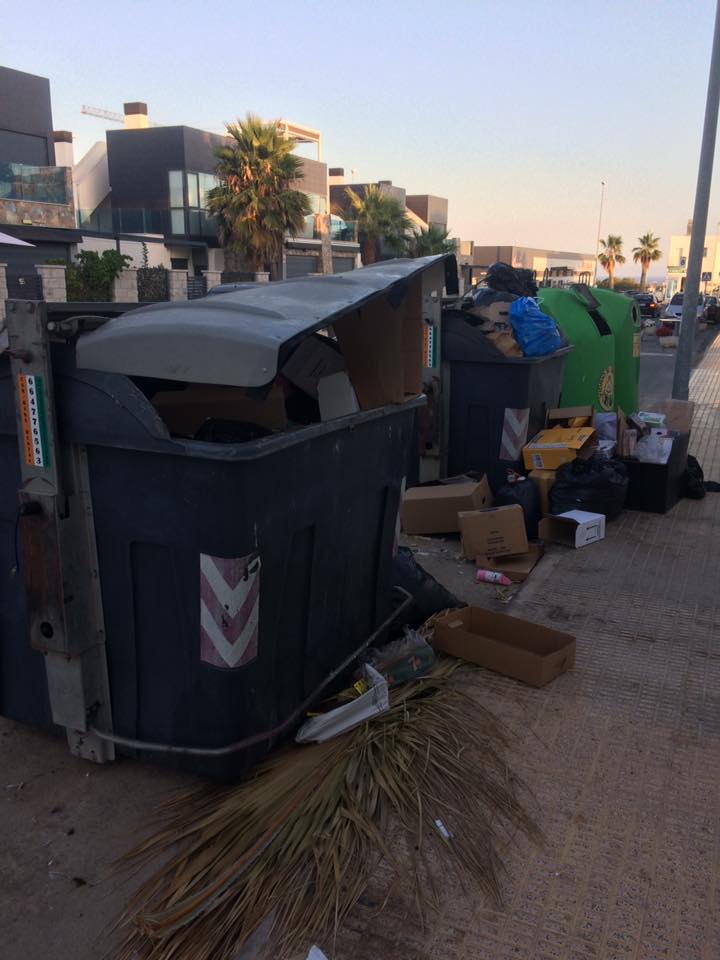 Currently there are just 2 refuse containers and 2 glass containers that are used for the two commercial centres and for a large urbanisation with around 100 households so what it inevitably means is that waste of all kinds is deposited on the pavements and road alongside the existing bins creating both a major eyesore and an enormous health risk adjacent to this new development on the Orihuela Costa.

Business owners are wondering why they have spent many thousands of euros in bringing their business to the Orihuela Costa when their basic requirements are ignored by the municipal government.

In their frustration the Asociación de vecinos Cabo Roig y Lomas has now called on Cllr Aparicio to sort the problem out and to do the job that he is paid for. One local resident said to the Leader “It’s not as though the councillor can blame the fact that the government has only recently been reformed as his responsibilities have not changed. He was also in charge of waste in the previous government. “