JESUS Santander is eyeing a return to the Valencia 1st Regional Group 8 for CD Montesinos, in the wake of suffering from relegation last season.

“We are trying to build a side to challenge for promotion,” said Jesus, who has spoken to potential players to sign for the Los Montesinos, Alicante, based club.

Murcia born Jesus replaces Ruben, appointed manager in November 2018 until the end of the 2018-19 season, after the departure of Carlos Perez.

“We hope to keep a good base of the players we have, and bring in extra quality, to make up a competitive squad,” said Jesus, formerly at FC Torrevieja – now CD Torrevieja – in the 2002 season playing in Preferente Division, later promoted to the 3rd Division.

Jesus, a youth player at Real Madrid, Malaga and Real Murcia, represented the Community of Valencia at U15 and U17 levels, being Champions of Spain, in their relevant age groups.

On Jesus’s appointment,  CD Montesinos supporters club President Eddie Cagigao told me: “Jesus was involved at Villarreal, before returning to Torrevieja, where he was involved at different levels, before managing Torrevieja CF last season to finish seventh in the 2nd Regional Division.”

Jesus aims to impose a team at CD  Montesinos, in a style to keep the ball, and ‘play it around’: “When we lose the ball I want us to be aggressive -in getting it back.

“The quicker we can get it back – the more chance we have of scoring,” reasoned Jesus.

After the club’s drop back into the 2nd Regional, after two season in the 1st Regional, Jesus said: “I know the club, and some of the players, well.

“I played with CD Montesinos player German many years ago – and I know some of the local lads here too.

“I also know we are a very humble club, full of people ready and willing to help, something I never had in my time at Torrevieja.”

CD  Montesinos supporters have a widespread envied name within the Vega Baja, known as The Full Monte.

“I am aware of the support and passion that the Peña Full Monte supporters club bring to the matches – and the work they do outside match days.

“A massive boost to a small club like CD  Montesinos. I know how privileged the club feels at having such a passionate and loyal fan base,” said Jesus. 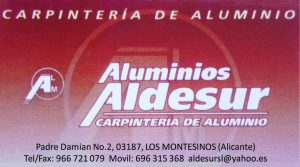 Looking ahead  to the 2019-20 season, Jesus said: “I want to do well. I want to win every game. I also understand that sometimes in football that is simply not possible.

“I want to play good football. Make sure my players fight for every ball, and work hard, both during matches and at training.

“To give their all for the club. As a manager that’s all I can ask from them.”

Eddie added: “Jesus hopes to have a squad of 20-21 players for pre-season training, due to start the second week of August.

“The 2019-20 season kicks off around the 2nd or 3rd week of September. There will be five or six pre-season friendlies, including the “Fred Griggs Trophy”.