Over 1500 spectators watched Nottingham Forest and Dundee share the spoils in a goalless draw at Pinatar Arena on Tuesday.

In the 1000th fixture to be played at the venue both sides showed a great physical ability although the final touches were missing in this pre-season display. 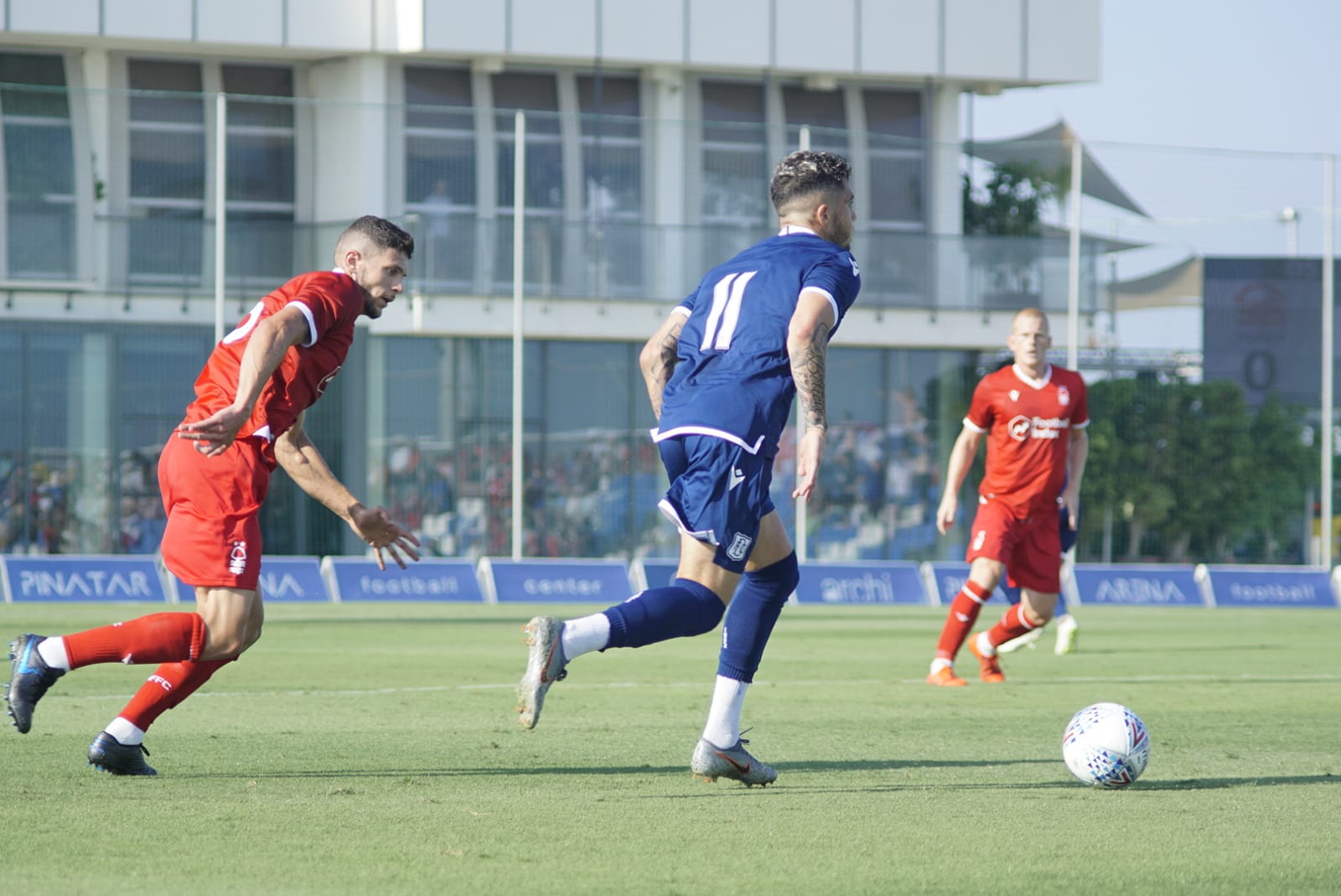 It turned out to be a low-key contest between The Reds and their Scottish Championship opponents but it was a useful evening for the new Forest head coach Sabri Lamouchi as he was able to give minutes to the vast majority of his first-team players.

Lolley looked the most threatening of the Forest attack and he almost gave The Reds the lead minutes into the second half but he hammered a strike inches wide of Hamilton’s right-hand post.

There were plenty of positives also for James McPake’s side to take from the match. The team were backed by a small but very noisy band of Dundee supporters who created the atmosphere, singing throughout the match.