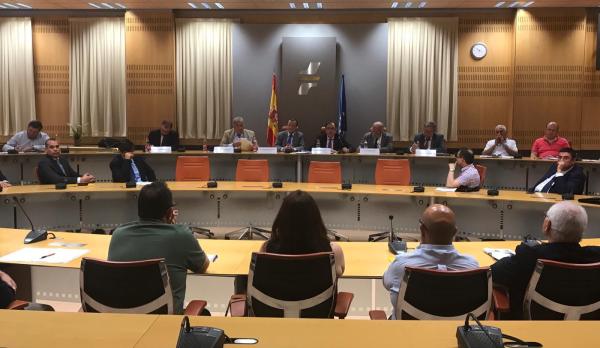 The General Secretary of Penitentiary Institutions (IIPP), Ángel Luis Ortiz and the General Director of the DGT, Pere Navarro, launched a campaign to bring road safety and driver training to those serving prison sentences.

It is the seventh time the initiative has been launched, having taken a break during the austere times, and aims to stop people who don´t have driving licences, or have had it withdrawn, from driving illegally upon when they leave prison.

The Director General of Traffic, Pere Navarro, stressed the importance the program, as it will “benefit society as a whole.”

“Because road safety education should not be just a mere acquisition of skills and knowledge of standards,” Ortiz said, “IIPP has wanted to join the Government’s enormous effort to make road safety education a priority” with this multi-campaign objective. The first is “to generalise the sensitivity in civic and coexistence values”, but also “redirect possible offensive behaviours” and even “promote the labour insertion of convicts through training for driving”

The campaign started with the training that 57 officials are receiving at the headquarters of the DGT. These in turn will form auxiliary interns who will be in charge of collaborating with the prison professionals to implement the courses in the prisons.

The theoretical and practical classes will be offered by professors of the National Confederation of Driving Schools. The internal and internal ones that request it will have to take charge of the payment of tuition and fees, both for the licence and for the recovery of points.

To date, 1,038 inmates have shown their intention to participate in these courses in 45 penitentiary centres. Of those, 726 intend to obtain the category B, car licence, 41 for motorbikes, and 271 would like to recover points. In previous editions, 1,518 inmates managed to pass the theoretical exam of the license and 494 the driving test.

At present, the prisons house 1,200 inmates convicted of crimes against road safety, representing 2.3% of the total prison population. Of those, 97 of them are due to serious negligence resulting in a fatal outcome. In addition to custodial sentences, IIPP last year handled 24,500 alternative prison sentences, such as community service.