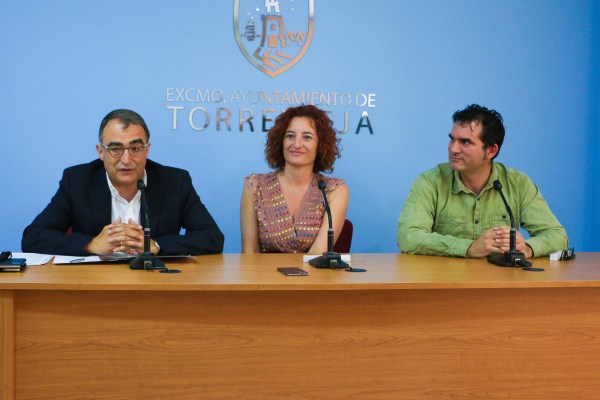 Torrevieja town hall is to give two scholarships to students to study the Master of Rice and Mediterranean Cuisine at the University of Alicante, to develop works based on the culture of salt and fishing and use of blue fish, products which feature in traditional Torrevieja gastronomy.

The councillor for Tourism, Fanny Serrano, announced the initiative, accompanied by the coordinator of the headquarters of the University of Alicante in Torrevieja, José Norberto, and the director of Gasterra, Josep Bernabéu, explaining that, “gastronomy is a fundamental part of tourism promotion, which is why we consider it very important to value the two star products of our gastronomy by rewarding work related to salt and blue fish from Torrevieja”.

The main objective of the awards is to promote academic excellence and the talent of the students, as well as to generate knowledge about issues that are deeply rooted in the gastronomic culture of the territory and generate interest for the municipality of Torrevieja.

This master’s degree, which soon opens its registration period for next year, has been supported by prestigious professionals related to the world of gastronomy, oenology, gastronomy journalism and nutrition. Likewise, the students have made training visits to spaces related to the Mediterranean food culture and have carried out their practices in restaurants that have Michelin stars in the province of Alicante.

Thanks to the agreement between the University of Alicante and the City of Torrevieja which has seen the establishment of the university offices in Torrevieja, several promotional activities are being carried out in the field of tourism together with the town hall, which promote the gastronomic, historical, patrimonial and cultural resources of the municipality.

The coordinator of the university headquarters in Torrevieja, José Norberto, has expressed his “gratitude” to the municipality of Torrevieja for having carried out the initiative. He also said that “this type of event show that collaborative work between different administrations always ends up paying off”.

For his part, the director of Gasterra, Josep Bernábeu, said that “the future of gastronomy is training, so we would like to continue counting on Torrevieja and give continuity to this collaborative project in the future”.