With strong winds forecast from lunchtime onwards on May 26th, the Race Officer, John Down, decided to change the day’s format and run a 60 minute race and a 75 minute race back to back. With some of the regulars away there was a chance for some new talent to shine among the 13 competitors, sailing 8 boats.

Due to much improved sailing during this series with most boats getting good starts, everybody was warned that the officials would be watching out for boats ‘jumping the gun’.  However, after this praise, in a very light wind, the start of the first race was a disaster and it took more than 11 minutes for everybody to cross the line. The race was very strung out and slow and the wind only lifted slowly during the last laps. 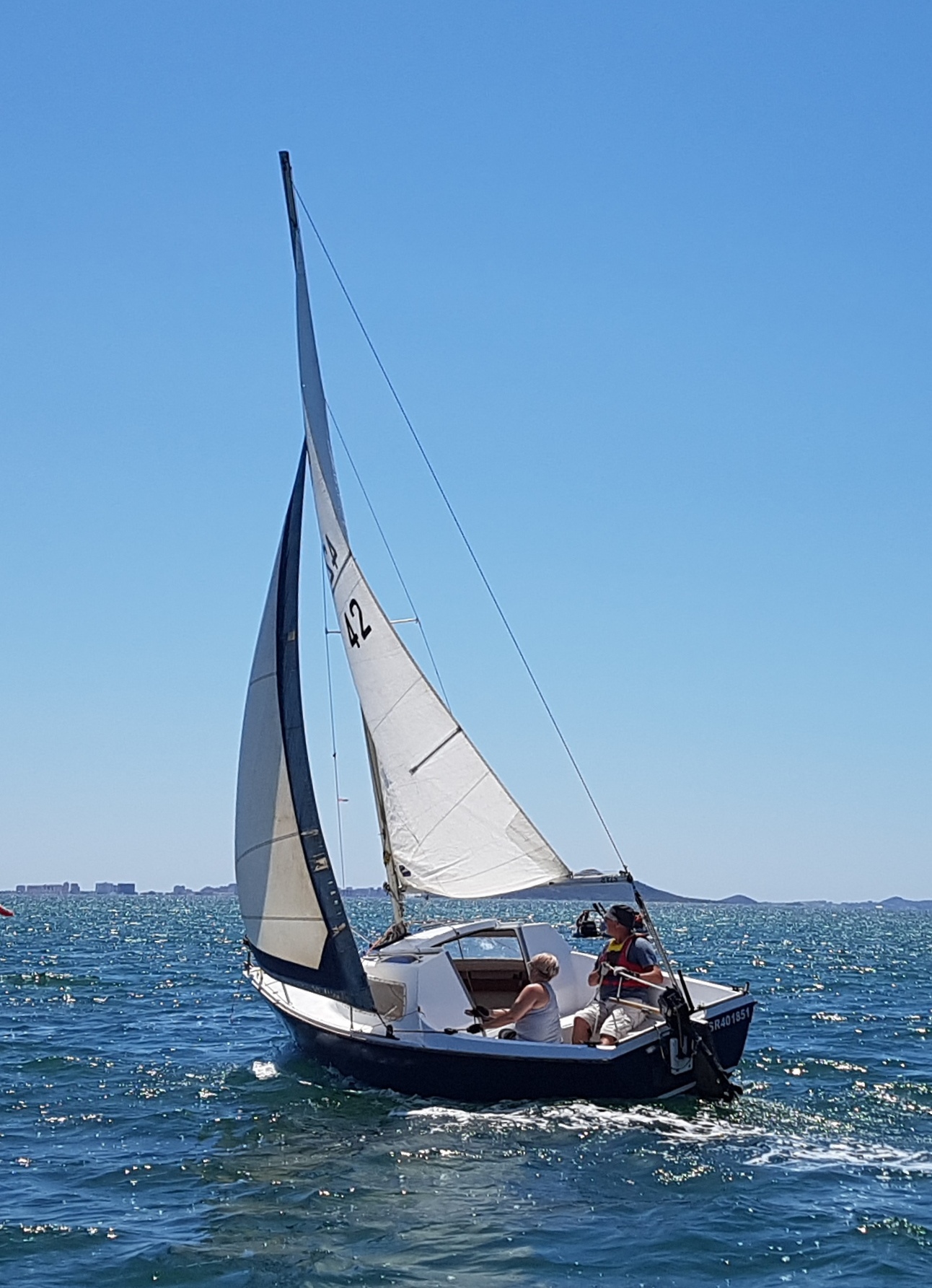 Everybody was glad to see the back of this race and had their eyes on the second as the wind had increased to 11 knots and was to eventually rise to 13 knots, which certainly tested sailing abilities.

The course was reversed and the second race proved much more competitive, with all boats crossing the start line in one bunch.  Special mention should be made of Julian on his Topaz, who was out on his trapeze, and Norman on his Laser, both trying to keep their boats level in the gusts, also the Sailfish crews who had some new members and first time racers aboard.

It was also great to see Tug and Kerry, aboard the Omega, flying around the course lapping boats on numerous occasions.  However the good winds meant all the boats performed well and this was reflected in the results with Mistral first, 2 seconds ahead of Rosita, herself 4 seconds ahead of the Radial.

A special thank you was given to all the volunteers who make sure the racing a success by taking the entries, manning the support boat, to the ‘Timing Team’ ladies who check the stop watches and record the lap times.

Photo, from left to right. Julian Singleton who won the first race on the Topaz. Natividad Rua and Ian Sinclair who won the second race on Mistral. 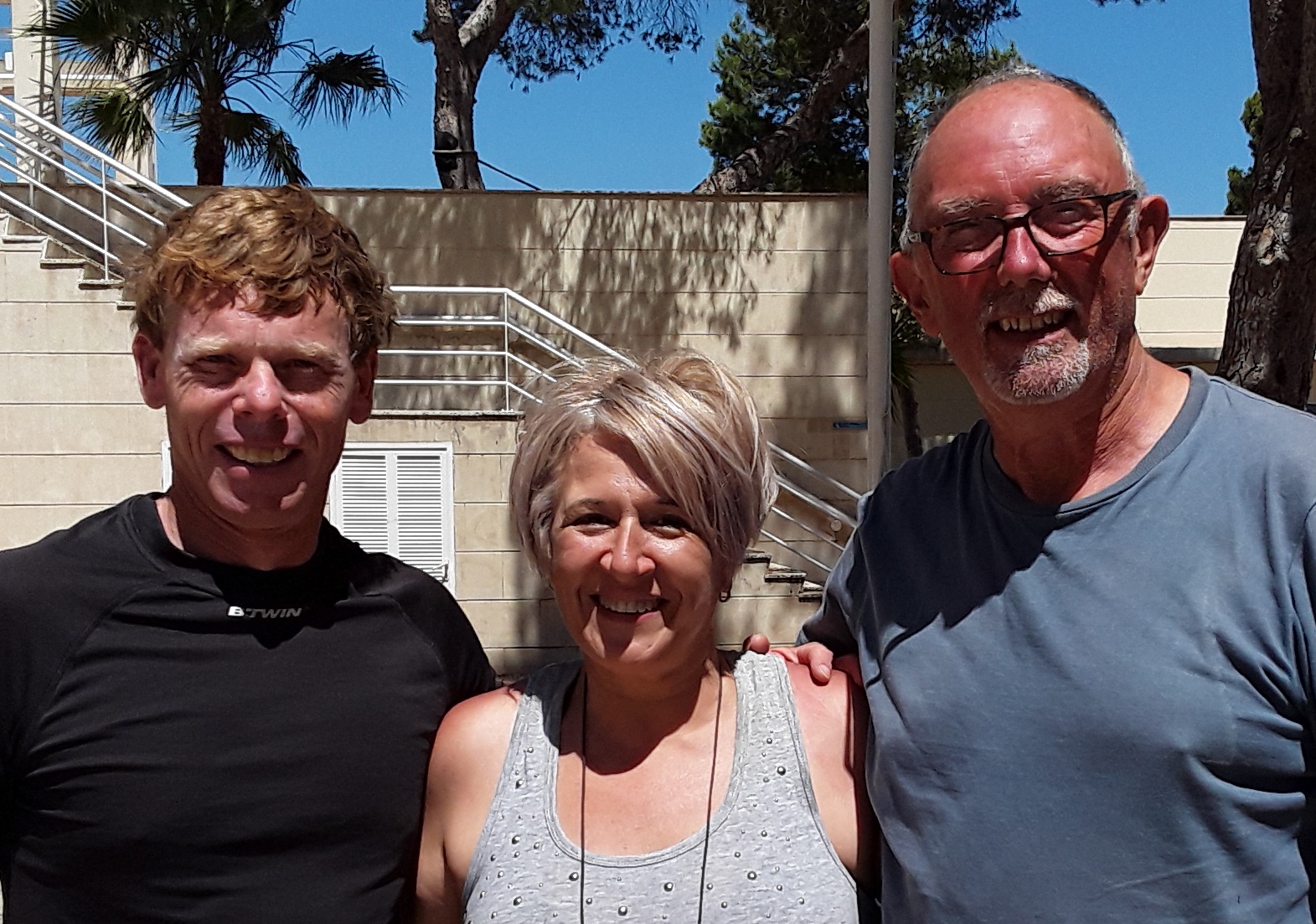 For full info on SAMM check out www.sailingmarmenor.com