Mojácar is busy preparing for its now traditional Indalos de Flores weekend that will see the Pueblo filled with the scent of flowers, along with music and good wine.  It is an event for everyone to share, locals and visitors alike and, one of the first to open up the town´s summer season.

Now in its fifth year, the different Plazas will each have their own Indalo figure, almost two metres tall, which are set to be brought to life with some of the 4,000 flowers that will also be handed out to the people strolling around the town and to local businesses to decorate their premises.

It is not just an event for Mojácar residents, as baskets of flowers will be available from the assisting Mojáqueros for anyone who would like to add their own “flower” to an Indalo to have a hand in creating each area’s original design.

Today, Friday, preparations are due to begin very early in the morning to complete the floral decorations. Then at 7 p.m in the Plaza del Frontón, the group Efecto Sur will liven things up with an outdoor concert, which will also celebrate the 25th birthday of one of the most emblematic establishments in the Pueblo. 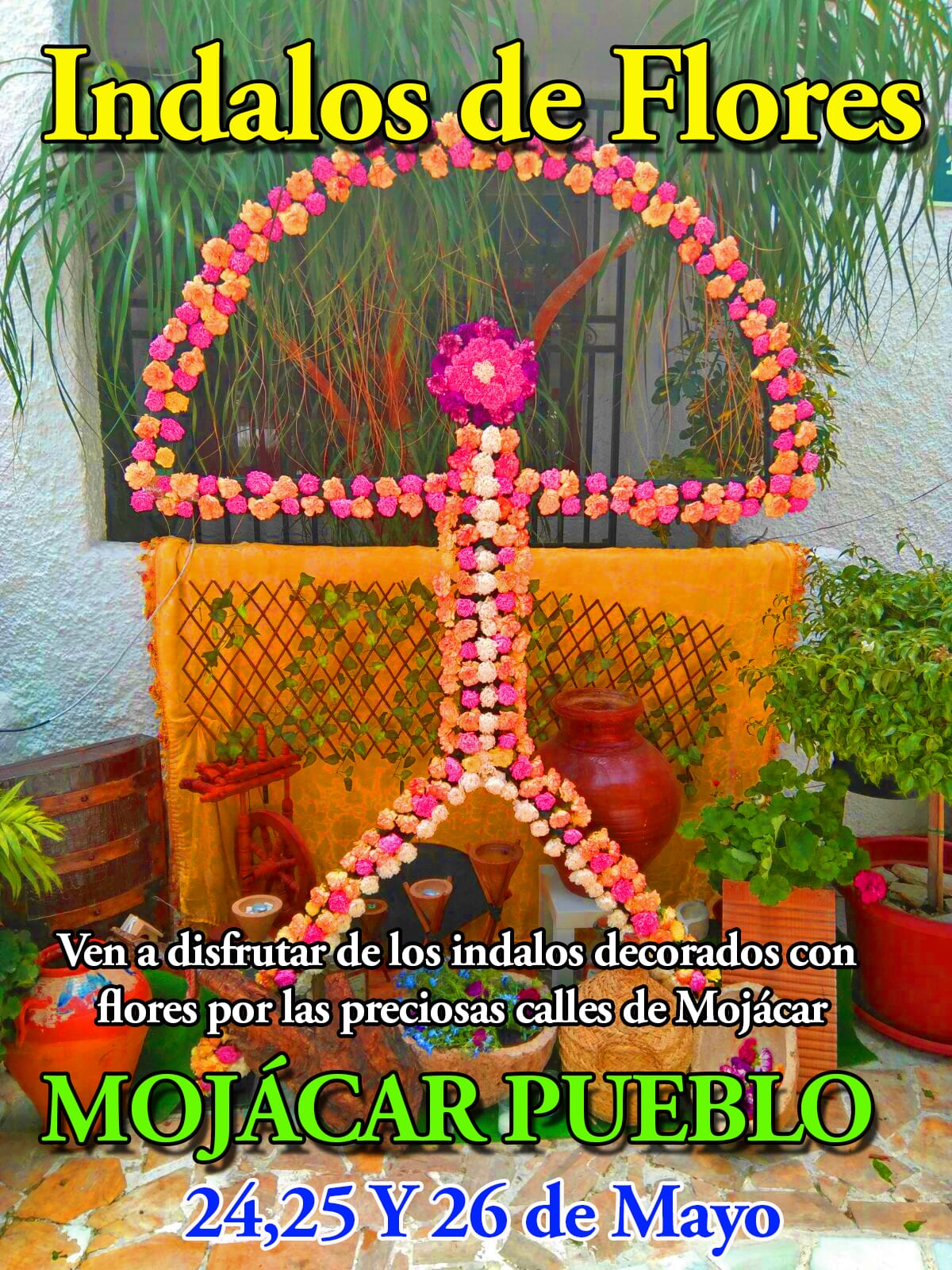 The Indalo de las Flores is organized by Mojácar Pueblo´s Association of Merchants, but everyone in the town has a chance to get involved and join in this festivity which celebrates springtime.

As well as abundant flowers and music, the sight of those dressed in typical local and Andalucían costumes will add to the party atmosphere.

The Association hopes that many people will come along and participate in the wave of colour and, with each business making its own suggestions, the weekend´s music and activities offer something for everyone. So, don´t miss out on the opportunity to enjoy this spectacular celebratory weekend, in the very unique setting of Mojácar.