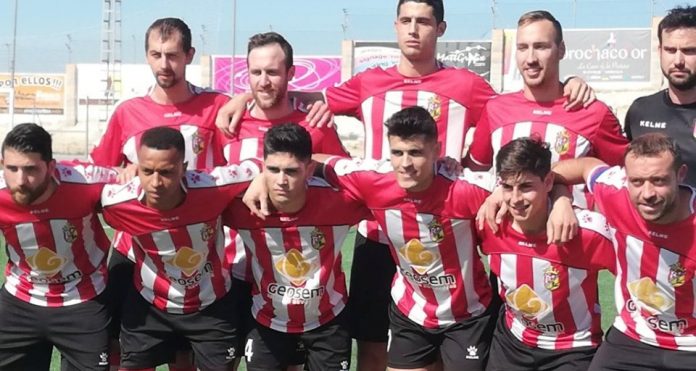 CD Montesinos have been relegated after losing their final game of the 2018-19 season in the Valencia 1st Regional Group 8.

The Los Montesinos based club lost 1-0 against Callosa Deportivo B in a game that saw Callosa net an added time winner on Saturday evening.

CD Montesinos were promoted two seasons ago to the 1st Regional G8 for the first time in the club’s history.

Coach Carlos Perez, who took the Vega Baja outfit to promotion, was sacked after a poor run of form, with Ruben appointed as interim coach until the end of the season.

Outgoing club President Felipe Parades voiced the difficulty they had faced this season, underlined with the departure of coach Perez.

“Having to release Carlos Perez this season did not help. But it got to the point when it was felt he had gone as far as he could at the club after such a successful period with us,” said Felipe.

“Ruben, a former player at the club since his youth, was appointed as manager,” said Felipe.

Midfielder and long serving player Maccan has also been hit with injury, leafing to lengthy spells out on the sidelines.

Having gained a promotion to the higher echelons of the Valencia 1st Regional Group 8, after waiting a decade to achieve that status, CD Montesinos have found life difficult in what has been a topsy turvey 2018-19 season.

CD Montesinos football supporters group The Full Monte have been loyal to the cause in supporting the club, in both promotion, and now relegation.

The club will hold the Player of The Year Awards on Monday, May 6, with keeper Carlos in line for the top honour after an outstanding season.

The Costa Blanca and Costa Calida Leader will bring a behind the scenes account, from both players, supporters and management at CD Montesinos this week in a review of the relegation season, along with the promotion and relegation news.