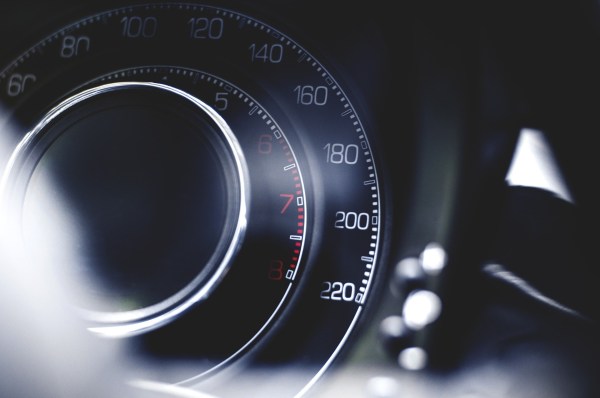 The European Parliament has approved a proposal that will see speed limiters mandatory for vehicles.

As of May 2022, new vehicles manufactured in the European Union, or sold within the territory, must have a speed limiter installed, a measure that will be extended to the rest of the automotive sector in 2024.

For many years road safety specialists have argued that having vehicles which are capable of travelling at speeds for greater than the roads permit are extremely dangerous, and, whereas speed limits are not an unusual concept, leaving the driver responsible for ensuring compliance is still failing.

For their part, safety conscious Swedish car manufacturer Volvo had already announced their decision to install speed limiters in new cars as part of their commitment to ensure that nobody is killed on the roads as a result of an incident involving one of their vehicles.

In Spain, the Directorate General of Traffic (DGT) had already proposed the mandatory application of the measure last year, arguing that the reduction in speeds that the devices would apply would reduce the number of speed-related incidents.

In addition to speed limiters, the installation of other systems related to the safety of drivers and other members of the public road, such as cyclists or motorcyclists, has also been approved.

These include such devices as intelligent braking mechanisms, a series of advanced distraction warning, lane maintenance and reversing detection systems, and even an interface which will prevent the vehicle from starting if the driver has consumed alcohol, all elements within the power of the driver to deliver on a regular basis, and yet still all part of the increase in the number of incidents that lead to serious and fatal consequences.

As with many of the enforced road safety elements, the move is not without criticism, with some saying that it takes away the freedom and liberation of the driver. Well, for the time being, the use of the limiter will not be mandatory, according to the text of the approved ruling, but it will remain up to the driver as to whether or not to activate the system.

That seemingly satisfies the need for freedom but does somewhat limit the effectiveness of the device as nothing more than a token gesture, that is of course until the first cases start to come to light when inappropriate speed had been a factor and the driver had decided not to use the limiter, as the liability is then clearly with the driver and not the manufacturer.

The so-called “Road to Zero” is a long one. In fact, despite these new measures, the European Union has already ruled out achieving the proposed objectives in the reduction of mortality to 15,750 accidents, in 2020, due to the death last year of more than 25,000 people in traffic accidents. However, it does not rule out the final goal of zero road deaths in 2050.

The new laws also see safety improvements for larger vehicles, in particular when it comes to ensuring safer passage of more vulnerable road users. From 2025, trucks and vans will have to have direct vision technology to avoid blind spots, and collision warning systems.