CD MONTESINOS MIDFIELD TALISMAN MACCAN IS SET TO RETURN TO THE FOLD THIS WEEKEND AFTER A MONTH ON THE SIDELINES FOLLOWING AN INJURY TO HIS FOOT.

“I play on Sunday against Hondon Nieves,” Maccan told me, ahead of CD Montesinos’ Valencia 1st Regional Group 8 game.

The fixture has been switched to Racing San Miguel stadium, with a 4.45pm kick off, due to ongoing work being undertaken at the Los Montesinos municipal stadium, where a new pitch is being laid.

Montesinos player Carlos Lorente has been treating an arm wound after sustaining nasty stud marks during the match against Catral last weekend, of which the goalkeeper culprit received a straight red car for his actions.

Ninth placed CD Montesinos face sixth placed Hondon Nieves, the latter who are looking to bounce back, in the wake of dropping out of the top slots with unexpected defeats in February.

Only three points separate leaders Racing San Miguel (49 points), CD Murada (48 points) and AC Torrellano (46 points) in the race for the title going into the 23rd game this weekend. 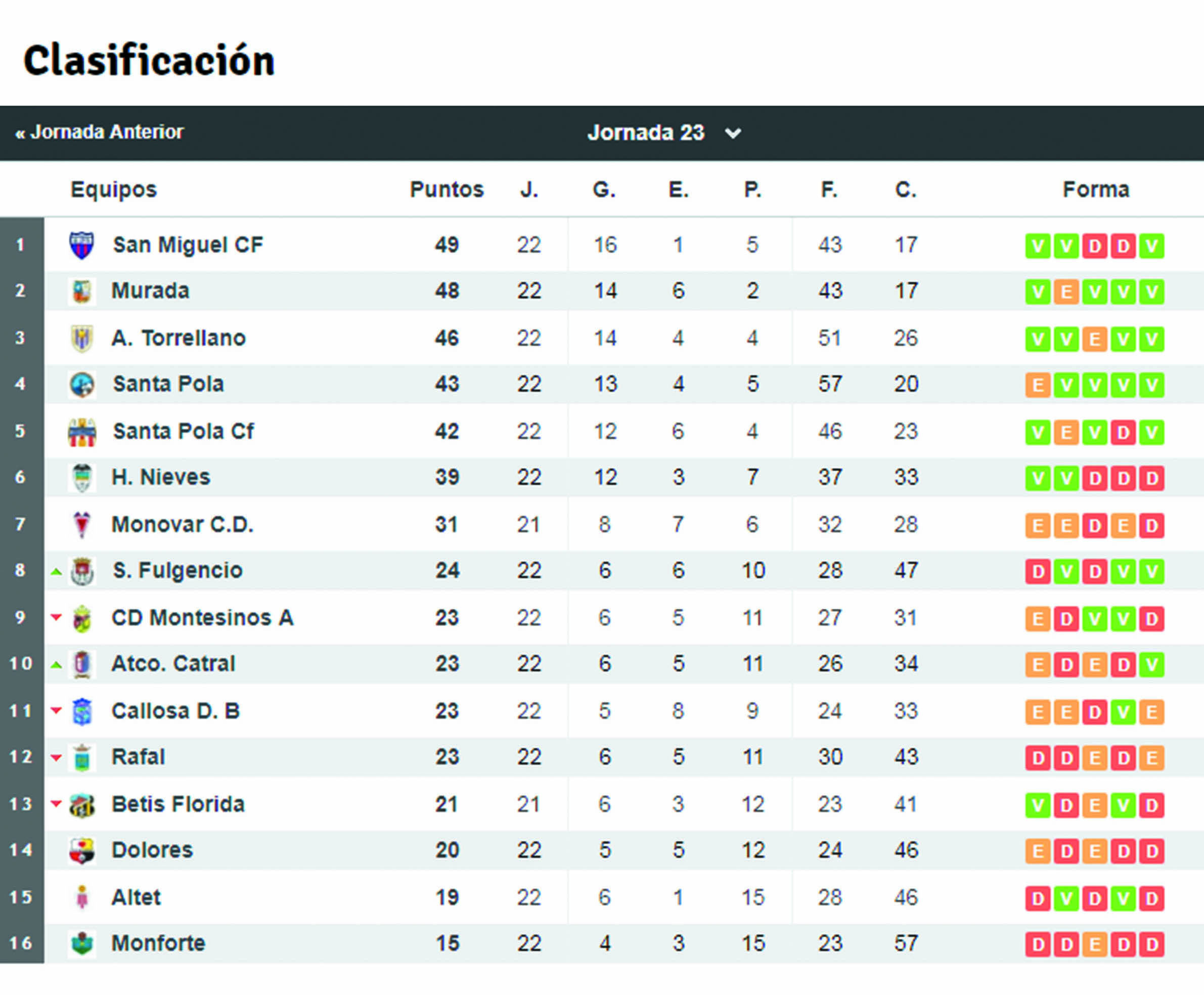