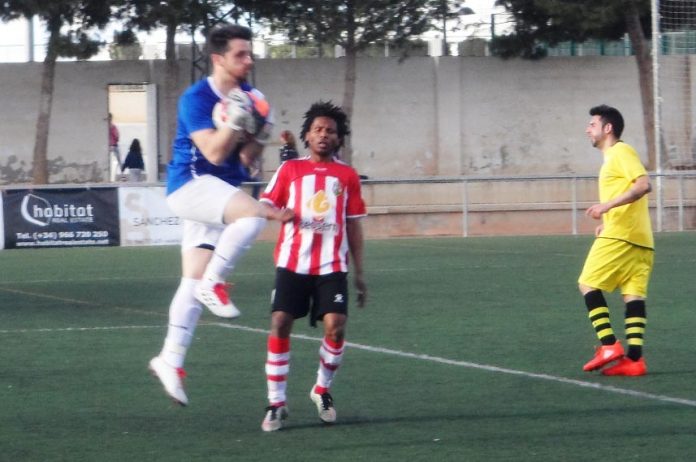 Vazquinho made amends with his dramatic dying stages winner against bottom club Monforte CF having missed a spot kick.

The Los Montesinos based side, who travel to Atletico Catral next weekend, picked up a valuable three points, taking them to 23 points from 21 games, to ebb up to eighth place in the table, with Monforte CF sitting bottom, on 15 points.

CD Murada maintained second spot with a 2-0 against CF Rafal, as the race for automatic promotion hots up.

AC Torrellano – amongst the chasing pack – on 43 points, sit in third place following a 2-0 win against Hondon Nieves, who sit fourth in the table on 39 points.

Sporting San Fulgencio defeated Atletico Catral 2-1 in a bottom half of the table encounter; with CD Altet defeating Santa Pola CF 2-0 to go 19th in the table, maintaining improved form in the second half of the season, that has seen the club’s relegation fears diminishing.

Leaders Racing San Miguel suffered a shock 3-2 defeat against Callosa Deportivo B, a loss that comes on the back of a 2-0 defeat against CD Murada, reducing their lead at the top to just two points ahead of CD Murada.

Monte Back To Winning Ways.