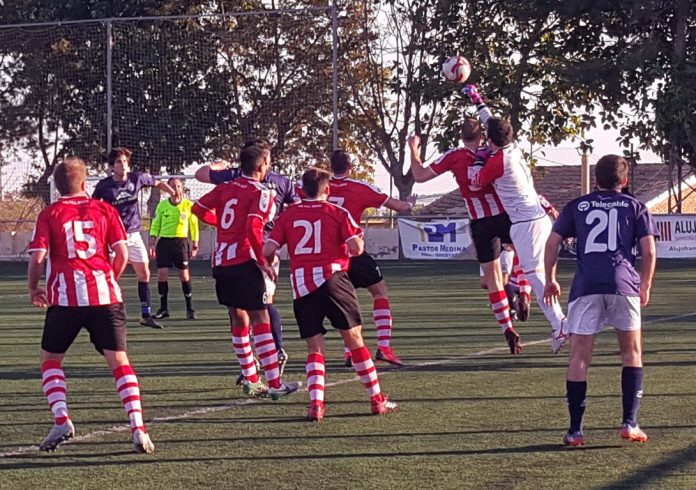 Last Sunday at the “Cauldron” Municipal Stadium, a much altered Monte side dug deep to gain a valuable point against high scoring Bahia Santa Pola, in a game that could certainly have featured on Max Free Bets, a one stop resource for all of the best betting offers and free bets from the UK’s best betting sites.

In the corresponding fixture earlier in the season, Monte were truly overwhelmed by a busy, inventive Santa Pola team that worked the flanks well and bossed the midfield. Would it be more of the same this time out?

Monte again were forced to make changes due to a combination of suspensions and injuries. The stalwarts Dimitri, Morante (for this writer, a definite candidate for most improved player of the season) and Omar for the former and veteran attacking midfielder Maccan for the latter.

This meant that midfielder Alex lined up in a makeshift back four while the continuing development of the youth squad meant that the rapidly improving Adrian earned a deserved starting place in midfield. Two other youth players were on the bench, Omar Sanchez and Curtis. Pocket striker Vaz continued to plough a lone furrow up front.

Both sides started brightly enough, but the swirling wind made proper football a bit of a lottery. Nothing worthy of note in the goalmouth action stakes to report, both sides feeling each other out. Neither keeper were troubled unduly, both making regulation saves when the need arose and it was only on the 40th minute of the half that Carlos made a great save when one on one with the Bahia striker.

Honours even at the break then, with both sides having semi-half chances but struggling to gain a foothold in a tense but nevertheless, lively game. 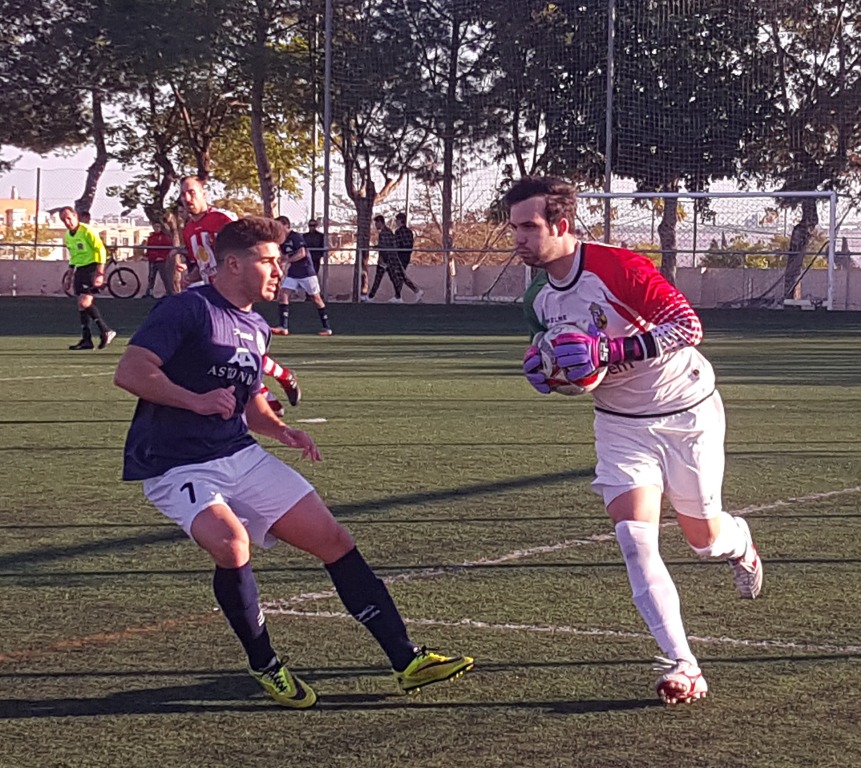 The second spell commenced with the home side starting the sharper. As early as the 48th minute, some neat footwork led to German finding time on the edge of the box where his fierce shot was well saved by the opposition keeper. Almost straight away at the other end, Santa Pola brought out the best of Carlos, again with a smart shot met by an equally smart save. The game was beginning to open up, with Monte very much looking to get on the front foot.

German again tested his shooting boots, this time unlucky to have his goal bound shot deflected into the side netting. Monte were really pressing now, with Santa Pola offering only an occasional threat in the final third.

On twenty minutes Roberto was replaced by the diminutive Omar Sanchez, presumably due to injury, as he had been carving out some useful space on the right wing. The game then went into a kind of stasis, with neither side being able to create clear cut chances. Monte were defending well and holding a reasonably high line, meaning most of the play took place in the middle third.

There was however, uproar on the 80th minute when a blatant handball by a retreating Santa Pola defender went unnoticed and unpunished by the otherwise excellent man in the middle. It looked like Monte, once again, weren’t going to get the rub of the green from the official. 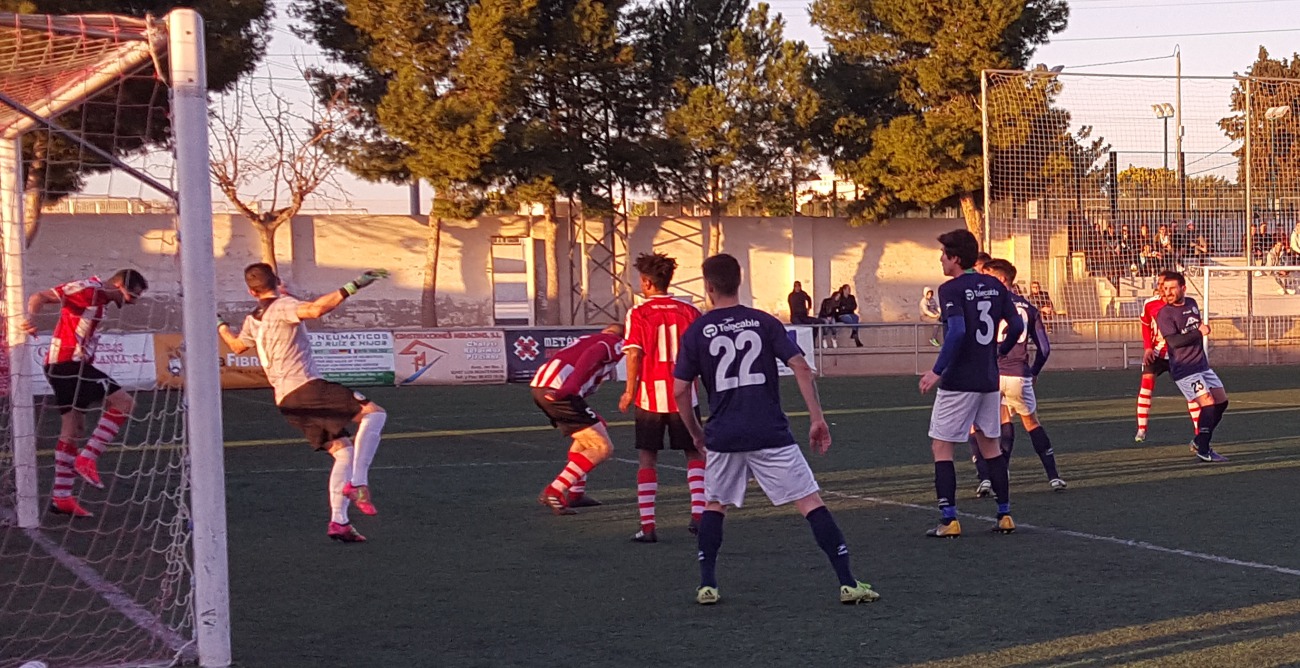 Final Monte substitution came on the 85th minute, when the Man of the Match, German left the field to deserved applause, replaced by Curtis.

Just when it looked like both sides had settled for a draw, a series of unnecessary free kicks in favour of Santa Pola caused a bit of panic in the Monte back line, with some, at times, desperate defending needed to steady the ship. All to no avail, as the Santa Pola players did what they had been doing for most of the game, missing the target completely.

To sum this match up. A valuable point and a much needed fighting performance from a makeshift Monte side who are giving their all in the fight to stay in the division. With returning players along with, if rumours are to be believed, a couple of quality signings on their way, the club can look forward to an improving series of results in the rest of the season. An honourable mention should also be made of the excellent input from the Juvenil players who have stepped into the breach and given, on the whole, a good account of themselves. With their continued development at this level, they will only get better.

CD Montesinos travel away during the weekend 2nd/3rd February 2019 to play AC Torrellano, details to be forwarded when knwon.