A dedicated band of supporters made the long trip (without getting lost!!) to Monovar, on an extremely cold Sunday afternoon. The ground was spectacular! Two playing fields, made as if cut from the sides of a mountain, with a covered stand between the two pitches.

The Monte team was well short of it’s normal members for all manner of reasons, and therefore having to rely on players from the youth teams. And to be honest they put up a spirited performance.

The first half, Monovar were clearly on top, and obviously intent on attacking from the off, but they didn’t account for the magnificent defence of the Monte’s back 5 who never wavered from their duties. Fernando and Dimitry commandeered the defence into an almost perfect straight line, and with back up from the the midfield, and almost non-existant forwards, all attacks were repelled. 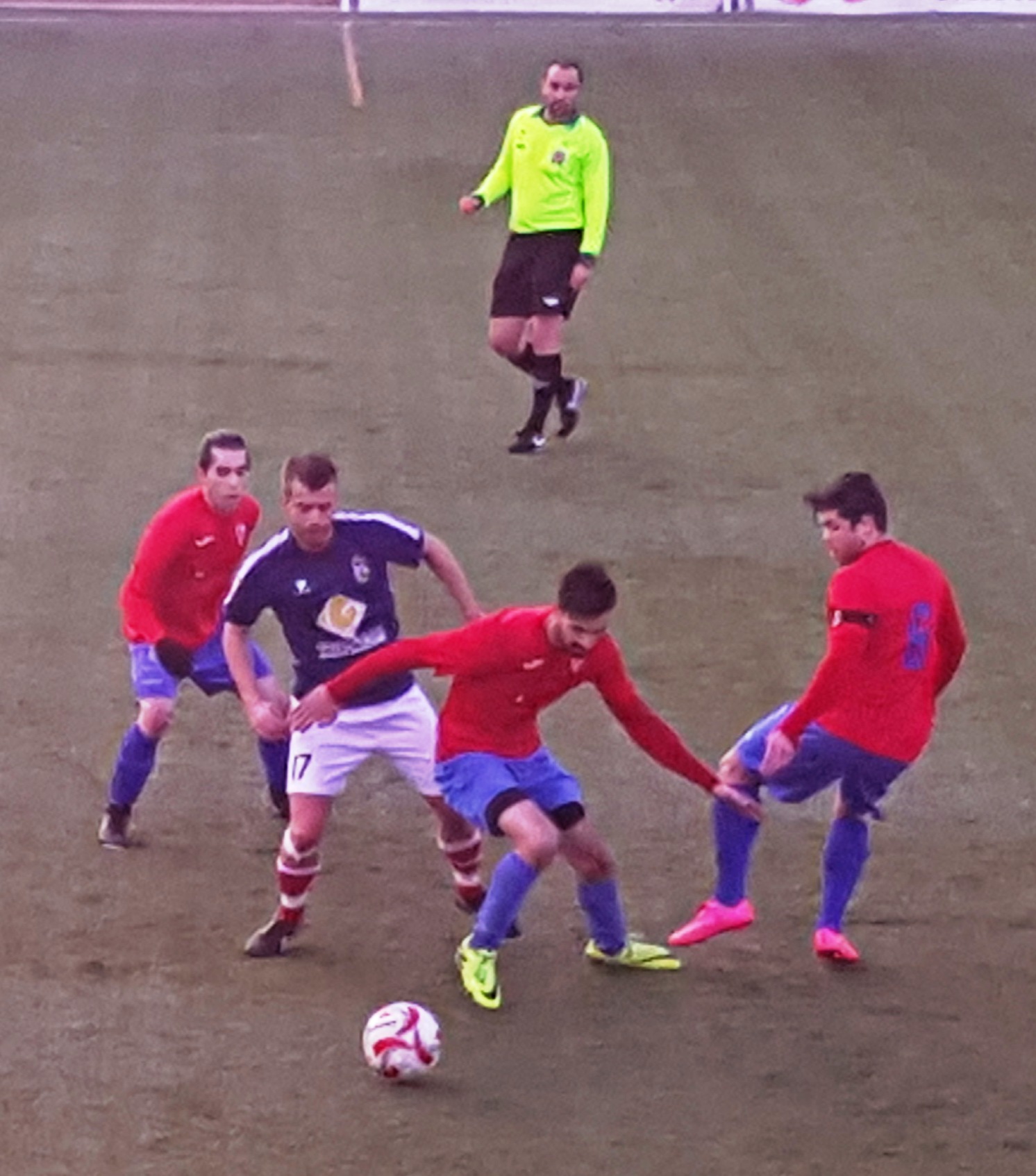 Having got the ball Monte played the ball forward, but  Omar, Roberto, and Macia were constantly caught offside, whether this was due to Monovar pulling forward, or Monte too eager I don’t know, but the referee’s arm must have been aching at the end of the game, especially with fouls, and abundant yellow cards to both sides. So for the first half, honours were even.

The second half was completely different with Monte taking the game to Monovar, and within 15 minutes, following a gorgeous cross ball from the right wing by Roberto, the ball fell to Dario, who belted the ball with a loping drive over the Monovar’s keeper’s head for a superb goal.

Monte continued in this vein, Roberto receiving a long ball from his defence, just put the ball over the Monovar net. Monte were clearly on top until on about 30 minutes and following a foul in the Monte goal area, Monovar earned a penalty which was easily put away, 1 – 1.

On about 40 minutes of the second half, the referee missed an obvious offside by Monovar, the player ran forward on a one on one with the Monte goalie, but Carlos saved what should have been a goal by a thundering shot to his face, clearing the ball to a Monte layer, panic over.

Sub’s used were Adrian for David, Fran for Omar, German for  Diego, and Silverwood for  Roberto. My man of the match would have been Roberto.

Potential trouble at the end of the game was thwarted by Fernando and officials when a Monovar “fan” tried to cause trouble with Dimitry and other Monte players.

Monte’s next game is at home against Bahia Santa Pola next weekend, details to be forwarded when known.