After the Lord Mayor’s Show? It was always going to be a big ask for the team to produce the same intensity as last week’s display against the table toppers and Monte started the game with a degree of urgency against CF Rafal. Having said that, there was a nervousness about the way they set about their task, some good football, some steady defending, but still a “not quite sure” feel to the game.

For their part, Rafal looked busy and well organised, but not really threatening either (like a lot of sides coming to the “Cauldron”, they looked good, but nothing that special). Both sides probed and prodded without looking like delivering a decisive, killer blow that would surely open the game up. Even with the loss of the industrious Maccan didn’t cause too many problems for the home side, but where was the breakthrough going to come from? 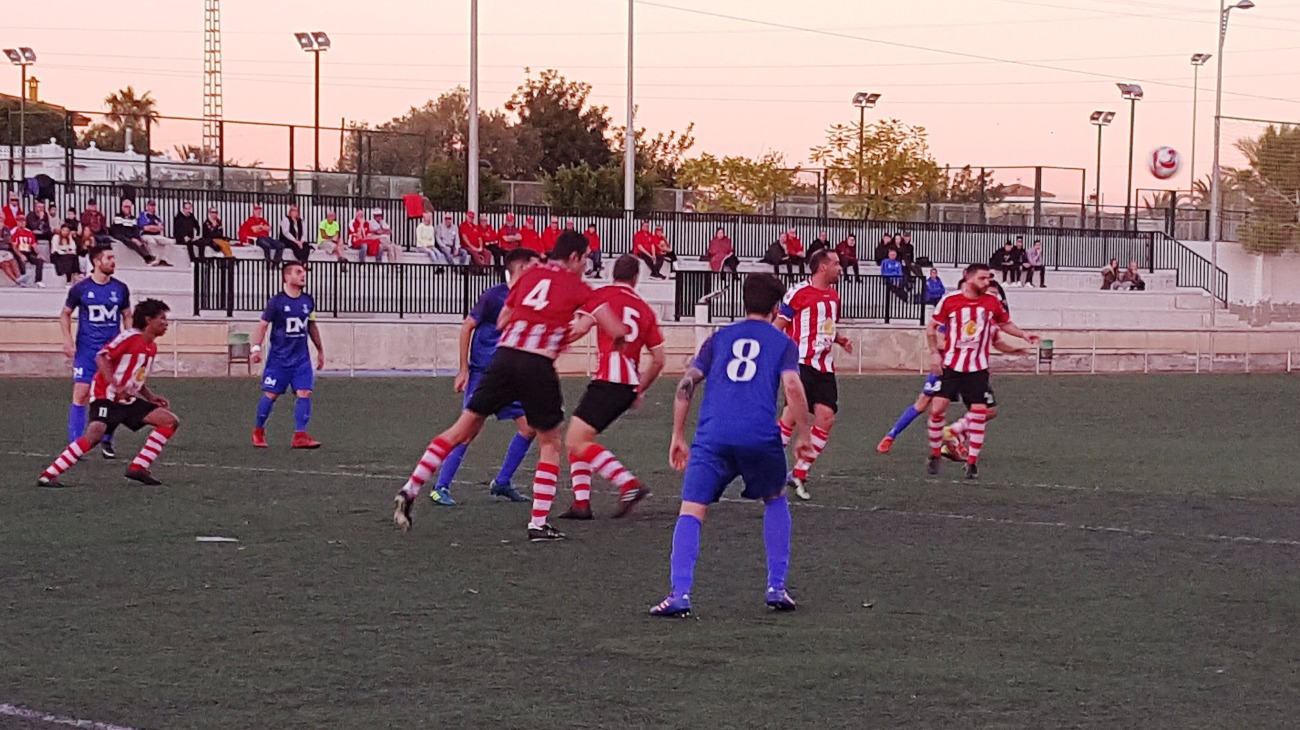 It has to be said that for the first half, Rafal were totally on top, and constantly on the attack, but the Monte goalie had little to do due to Monte’s magnificent midfield and defensive packs. There were no shots at Monte’s goal, and few corners. Monte just soaked up the pressure, and moved the ball around.

The inevitable breakaway came near the end of the first half when Vaz,  back in a more central attacking role without his foil, Liam, using his pace and guile, crossed a gorgeous ball from the right side of the field to Diego, who rocketed a shot at goal, only for the ball to fly past the Rafal keeper and hit the lower half of the left hand upright, the ball ricocheted rapidly to the left side of the field where German was waiting and sent a powerful shot straight into the open goal, to tremendous ovation from the Monte faithful, and the players. 1 – 0 to Monte at half-time.

Previous results have given all of us a “not quite there yet” feel, even if we’re winning and playing reasonably well. One goal was never going to be enough to settle the nerves.

The second half started with Monte determined to get a result. Despite several changes which meant that the team was regularly having to readjust itself to maintain shape and balance. Rafal showed some efforts to get back into the game, but their finishing was wild and did more damage to the safety nets behind the goal than it did to the Reds’ goal.

Perhaps worryingly, Monte had begun to defend deeper and deeper relying on the excellent Alex and Diego to chase and harry in the middle of the park to break up the opposition’s progress.

Then, just as it looked like Rafal might get the upper hand and force an equaliser, a great move up the left side of the field ended with a fabulous cross into the centre directly in front of the Rafal goal, but Vaz, as much a she tried just failed to connect for what would have been a certain goal. Patri came on after 25 min’s and his arrival instantly showed potential fruit.

A pass from Alex, sent Vaz forward, on a great solo run towards the goal with only a Rafal defender and the goalie to beat, but the defender stuck out his hand in the penalty area to thwart Vaz’s shot, giving away a clear penalty, and receiving a red card.

Vaz made no mistake with a strong low right sided goal. Patri again showed his worth with a great cross across the goal, and again too fast for the waiting Vaz.

Patri almost got on the score sheet but was saved by a great save from the Rafal keeper. One minute later Alex also had a shot saved. Down to 10 and 2-0 down, the game was up for Rafal, who huffed and puffed, but as with most of the game, never really troubled a steady Monte defence. At the final whistle, the applause was generous and forthcoming from a crowd that might just have seen the resurgence of CD Montesinos in this division.

Finally, special mentions should go to the tigerish Alex, who is a real presence in midfield and also to the rapidly improving Morante at centre back, who gets better with every game.

Man of the Match was Alex, his trophy was given to him by representatives of The Full Monte, the sponsors of this game.

Monte’s next game is away to CD Murada on Saturday 15th December, kick-off is 4.30pm, another win or even a point would continue to steady the ship and let’s not forget, in the last four and a half hours of football, Monte have scored 3 and only conceded one (to the runaway league leaders), cause for optimism? We’ll see.