This battle of the basement clash inside La Solana Stadium, pitched rock bottom Villena (6 points) against next to bottom Torry (10 points) in a game that neither club could afford to lose.  But depite floundering at the foot of the table Villena have shown that they are capable of putting together occasional performances, with two wins in recent weeks, one of them a thrashing of highly placed Uni Alicante.

The visitors were missing the suspended defensive pairing of Juanmi and Inaki, victims of needless straight red cards during last week’s 3-1 defeat against Independent Alicante but it is not the defence that needs to be strengthened with only the hustle and bustle of Omar capable of providing any sort of forward threat. 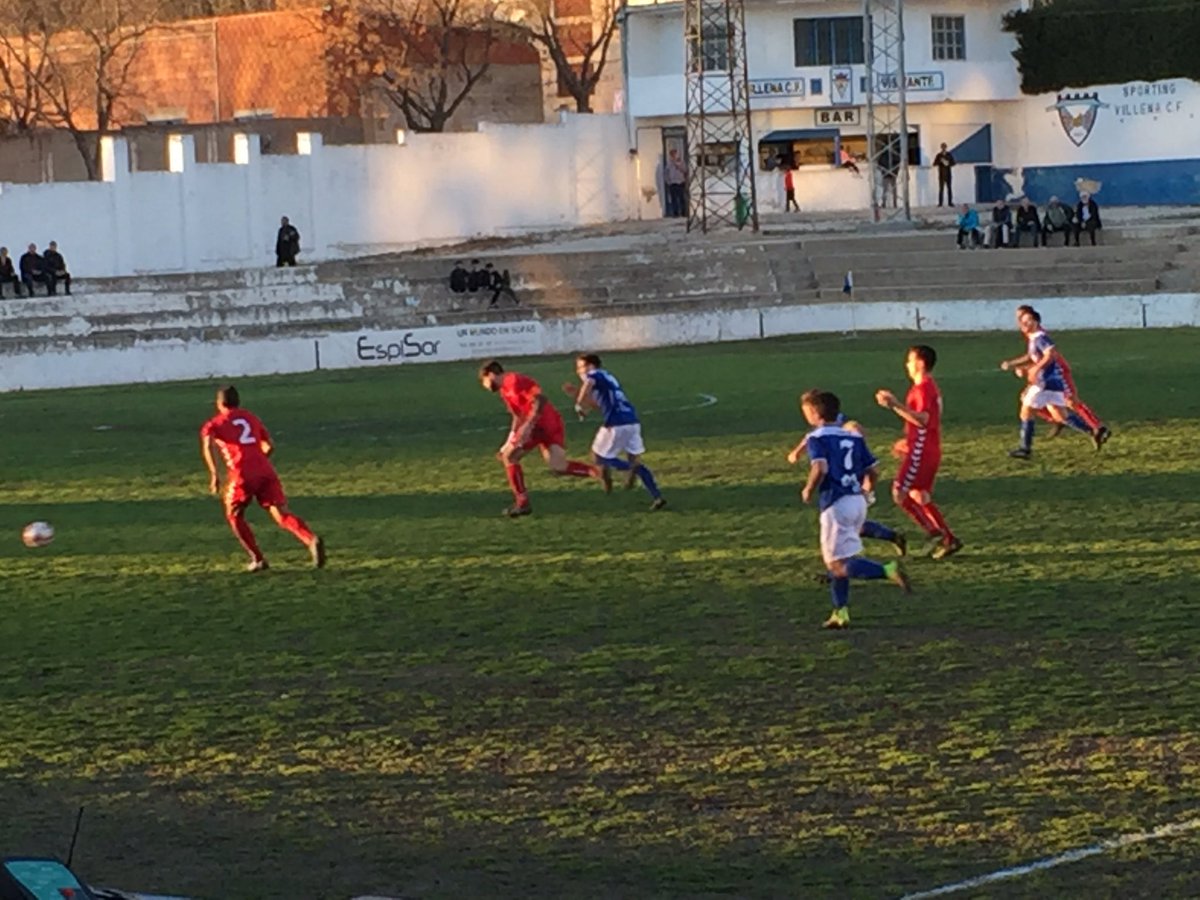 But true to his word, managing director David has been instrumental in bringing in yet another Argentinian player to the club, this time 27 year old Julian Gil, a centre forward from Qala Saints in the second tier of the Maltese football league, who arrives at the club with an impressive pedigree. Playing with clubs in Argentina and Denmark, he has notched up goals a plenty.

And there has been midweek action off the field, Quironsalud have recently become the club’s main shirt sponsor, which will surely benefit both parties long term.

In the game itself a terrible pitch contributed to a scrappy goal less opening half hour, where players from both sides were found slipping all over the place, whilst struggling to produce a decent shot on target.

The first period was disappointing for the small number of fans that had made the journey but when Omar bundled his way past Dario and Davito on 67 minutes to stab ball home all that was forgotten as was the strikers disappointing form of late.

With Omar taking a knock in the process it was time for him to make way for Julian who then provided problems of his own for the Villena defence.

It was not Torry’s best display of the season but it was probably one of the most important, lifting them above Benidorm into 16th place in the Preferente table.

Next Sunday a local derby match for Torry as they entertain mid table Thader Rojales.  We understand that the kick off will be 5pm but do check the club website a day or two before the game for confirmation.