Last Friday 19 October was the launch of the RBL Spain District North Poppy Appeal in Benidorm and thankfully, despite forecasts of thunderstorms and strong winds, the rain held off. Indeed, following a little mid-morning drizzle, the sun came out to welcome the hundreds of holidaymakers, veterans and residents who packed the Levante promenade. 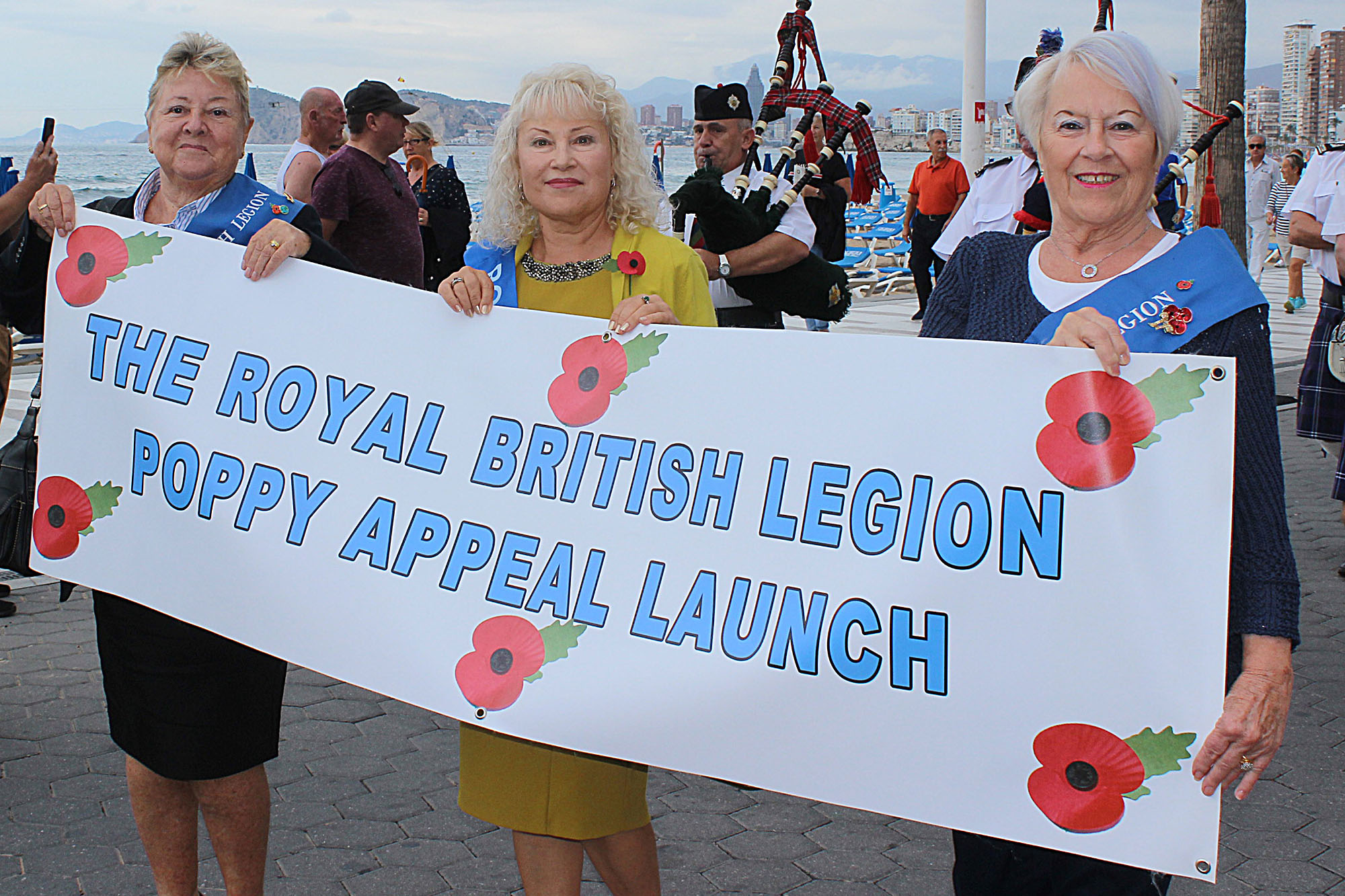 The event was supported by members of the Royal British Legion from across the region as well as the Mayor of Benidorm, Tony Perez, and his Deputy, Ana Pellicer Perez.  Snr Perez joined in the annual march along the seafront, but sadly had to leave midway through the event, to attend to pressing business. He nevertheless left charge in the capable hands of Dna Perez.

Also in attendance was the Chairman of the RBL in the District, Don Cubbon, with his Appeal coordinator Robin Hargreave, the assistant British Consul Liz Bell and Major Gary Allen RLC who is currently on detachment in a staff post in Valencia. 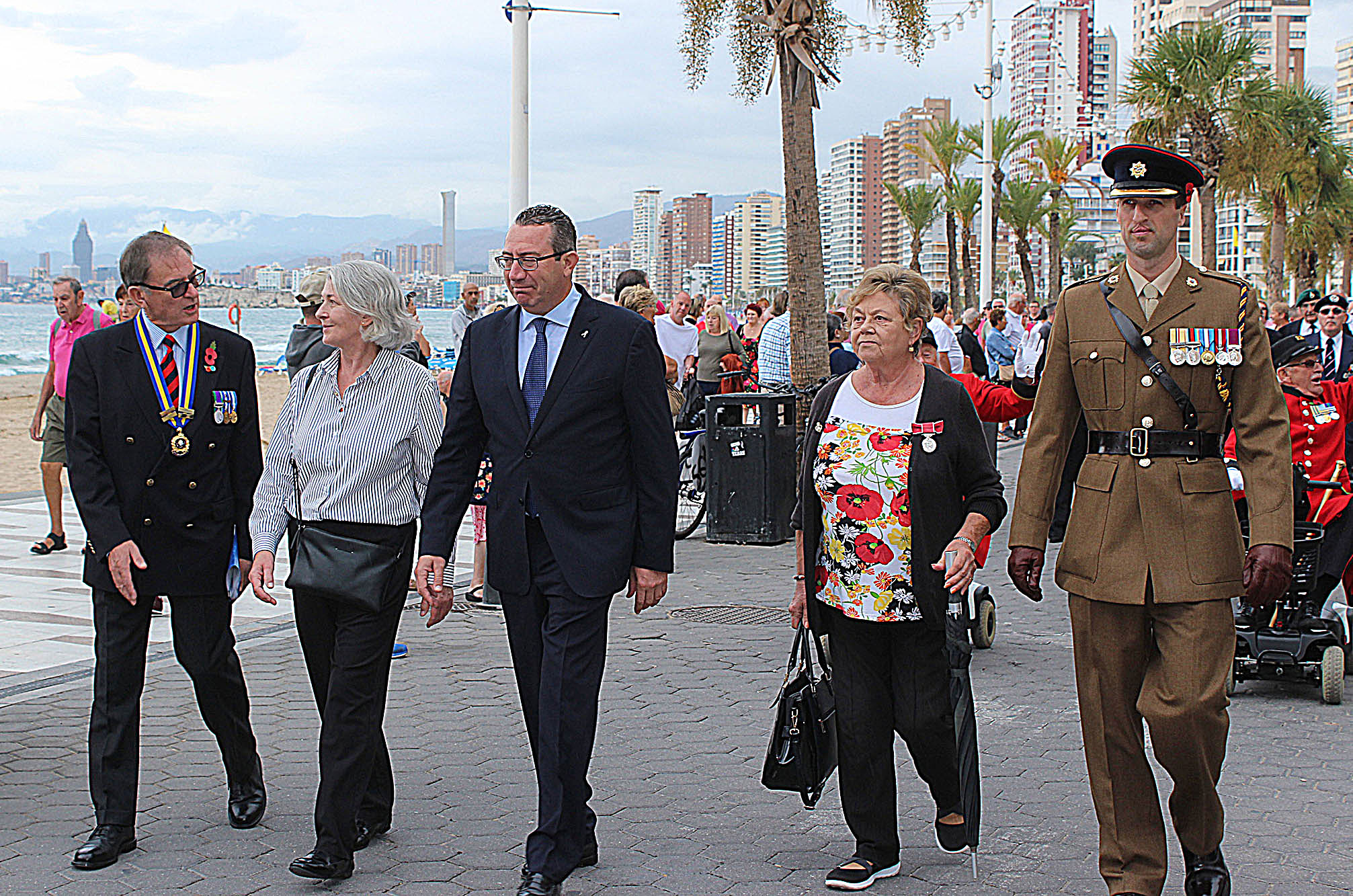 And making their umpteenth appearance at the ceremony, having travelled from the Royal Hospital to be there especially, were Chelsea In-Pensioners Wayne Campbell and Skippy Teasdale who were escorted along the seafront by Father Don Witts, of the Costa Blanca Anglican Chaplaincy.

One other young man who made an appearance was 27 year old veteran Jack Plant, formerly of 1 Lancs, who lost both his legs in an IED incident while he was serving on Op Herick 12 in Afghanistan in 2010. Jack joined in the ceremony, posing for photographs after the event with members of an appreciative public. 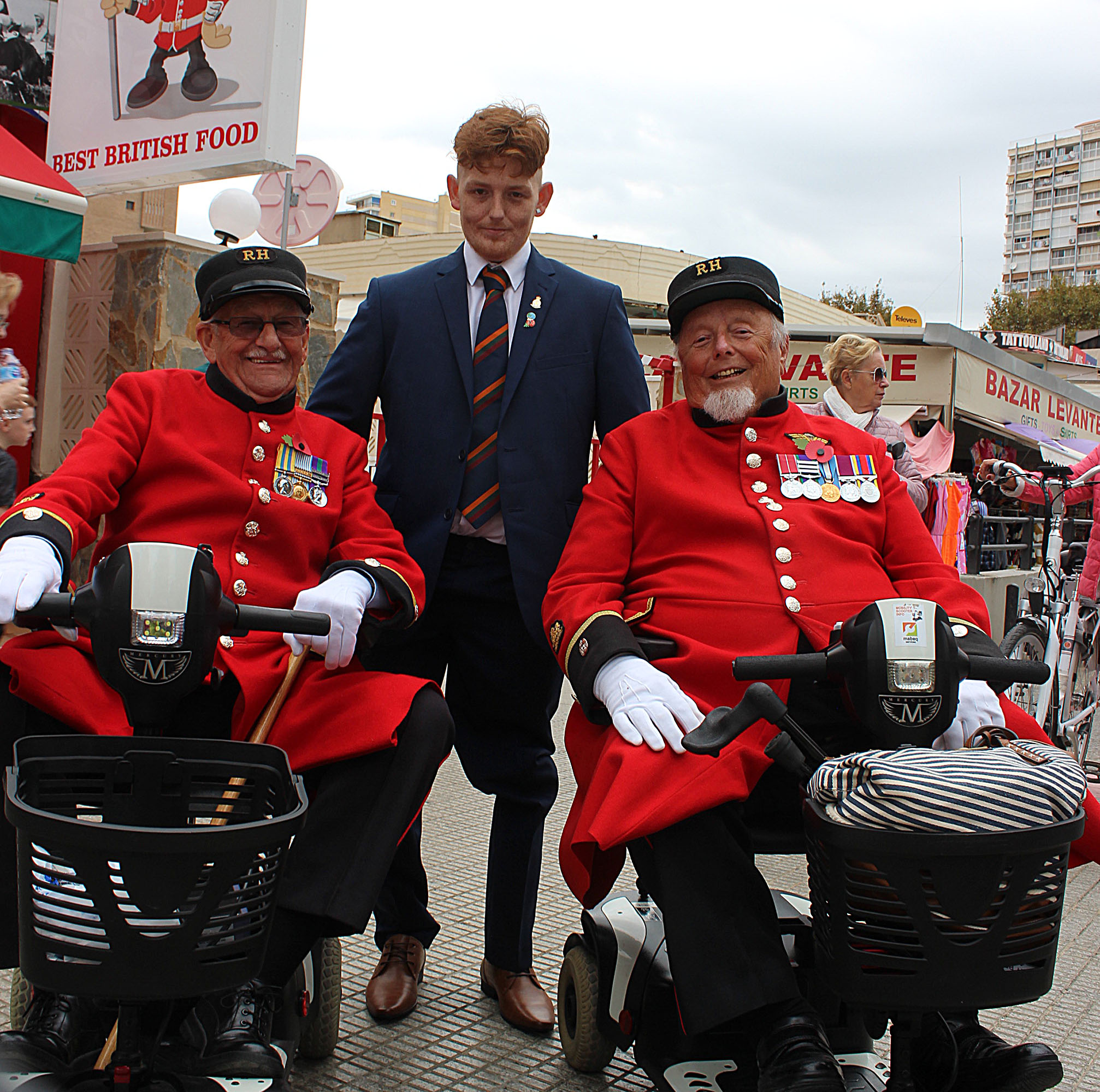 Over two hundred members of RBL branches from across the region attended the parade which was led once again by the highly acclaimed Torrevieja Pipes and followed by veterans of all nationalities and services including former members of the RNA, RAAFA and RMA.

It was yet another event that made the participants feel very proud to be British, stepping out along the front to the rousing sound of the pipes, something not too often seen in the popular resort, but a sight that was enthusiastically applauded by the many spectators that lined the route.

District Chairman Don Cubbon thanked the city of Benidorm for the welcome that it always provides to the Royal British Legion. He spoke of the hard work that his members had carried out over the previous year in which the Poppy Appeal raised close to €170,000

He also emphasised that ALL of the money is used to help ex servicemen and their dependants in their time of need mentioning just a few of the measures on which it was spent last year including furniture, stair lifts and the purchase of mobility scooters for those finding it difficult to walk. 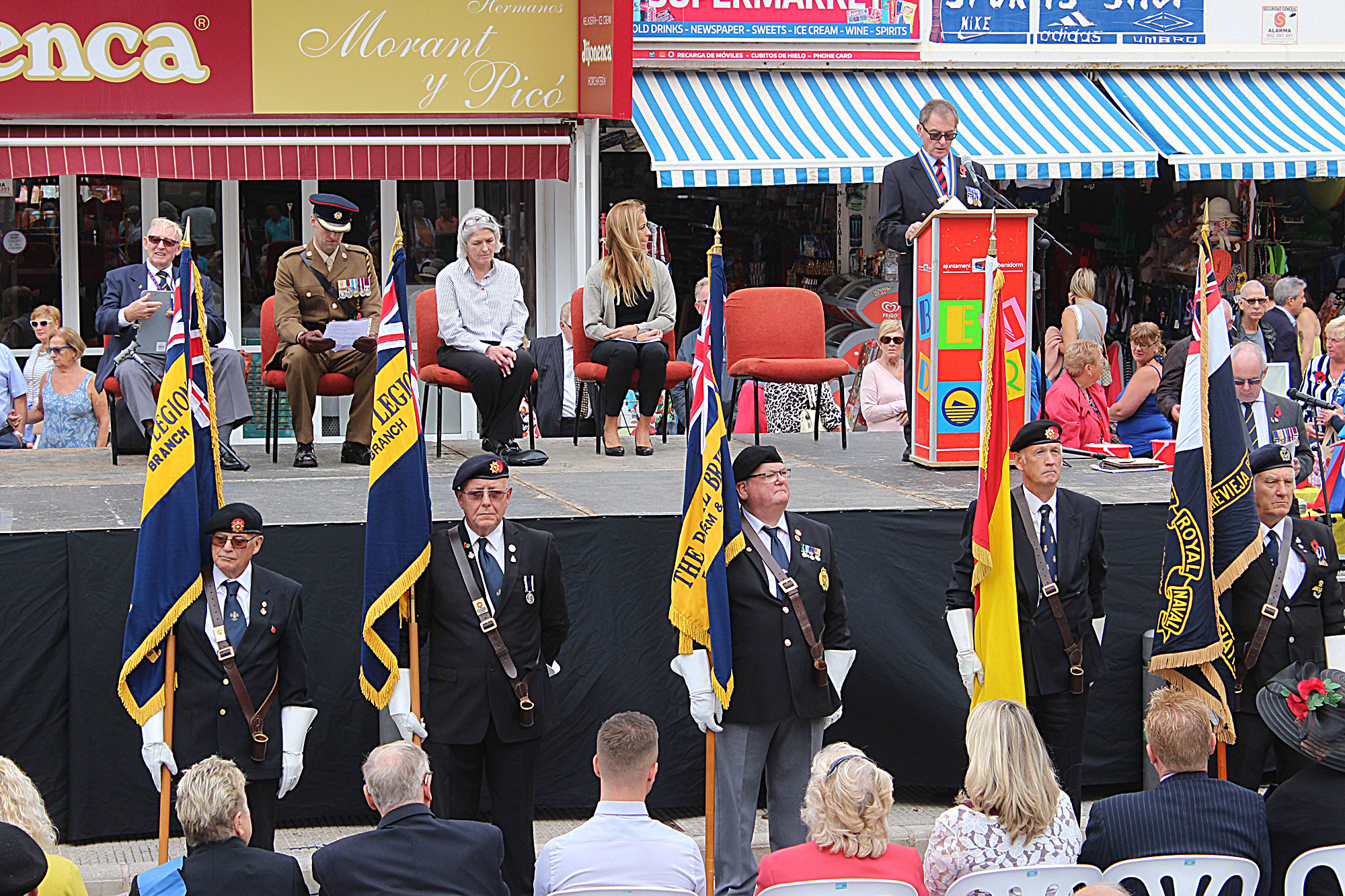 The Deputy Mayor of Benidorm, Ana Pellicer Perez, welcomed all participants as she took the rostrum. She said how delighted she was to host the Launch of the Poppy Appeal, highlighting the many benefits it brings to Spain and to multicultural and multinational make-up of the city.

She was then presented with a Certificate of Appreciation by Don Cubbon, on behalf of the RBL in Spain. Mr Cubbon said that it was given in heartfelt thanks for the support and encouragement that the Ayuntamiento and the people of Benidorm provide to enable the launch of the Appeal. In reply the deputy mayor said that the Royal British Legion “is a role model” and that the organisation can always count on the support and encouragement of the Benidorm council.

The ceremony ended with rapturous applause as the Standard Bears marched off with the Pipes and Drums before hordes of spectators, both English and Spanish, descended on Skippy, Wayne and Jack, to pose for photographs.