Over a thousand people were packed into the Ikomar stadium last Sunday as UD Horadada looked to finish their league campaign with promotion.

Trailing Campo San Gregorio de Torrent, from Valencia, by a single goal, they had by far the better of the play, but in a nervy match it took until the 75th minute before they could get back on level terms with a Juan Pablo strike that sent the capacity crowd into raptures. 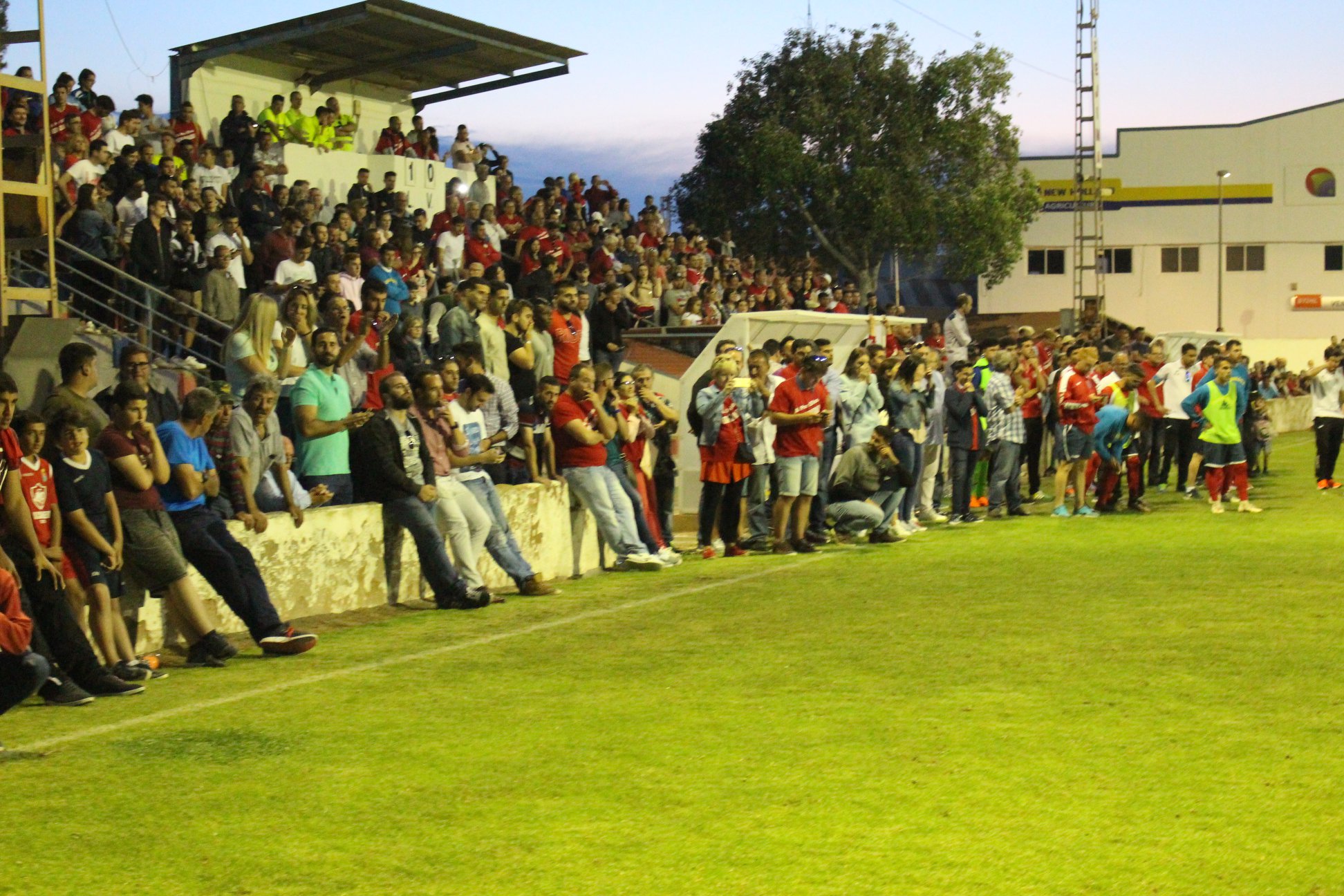 With the scoreline at 1-1 the game then went into extra time but the dismissal of Rosky for a 2nd yellow card reduced the home side to ten men. A resilient performance saw Horadada hang on, however, and force to tie to penalties which they eventually won 4-3 to regain their place in Preferente.

Horadada now join Intercity San Juan and CF Independiente from Alicante as the three teams that move back up into the 5th tier of Spanish football while Petrelense, Monforte and Calpe CF drop back into the Regional division. 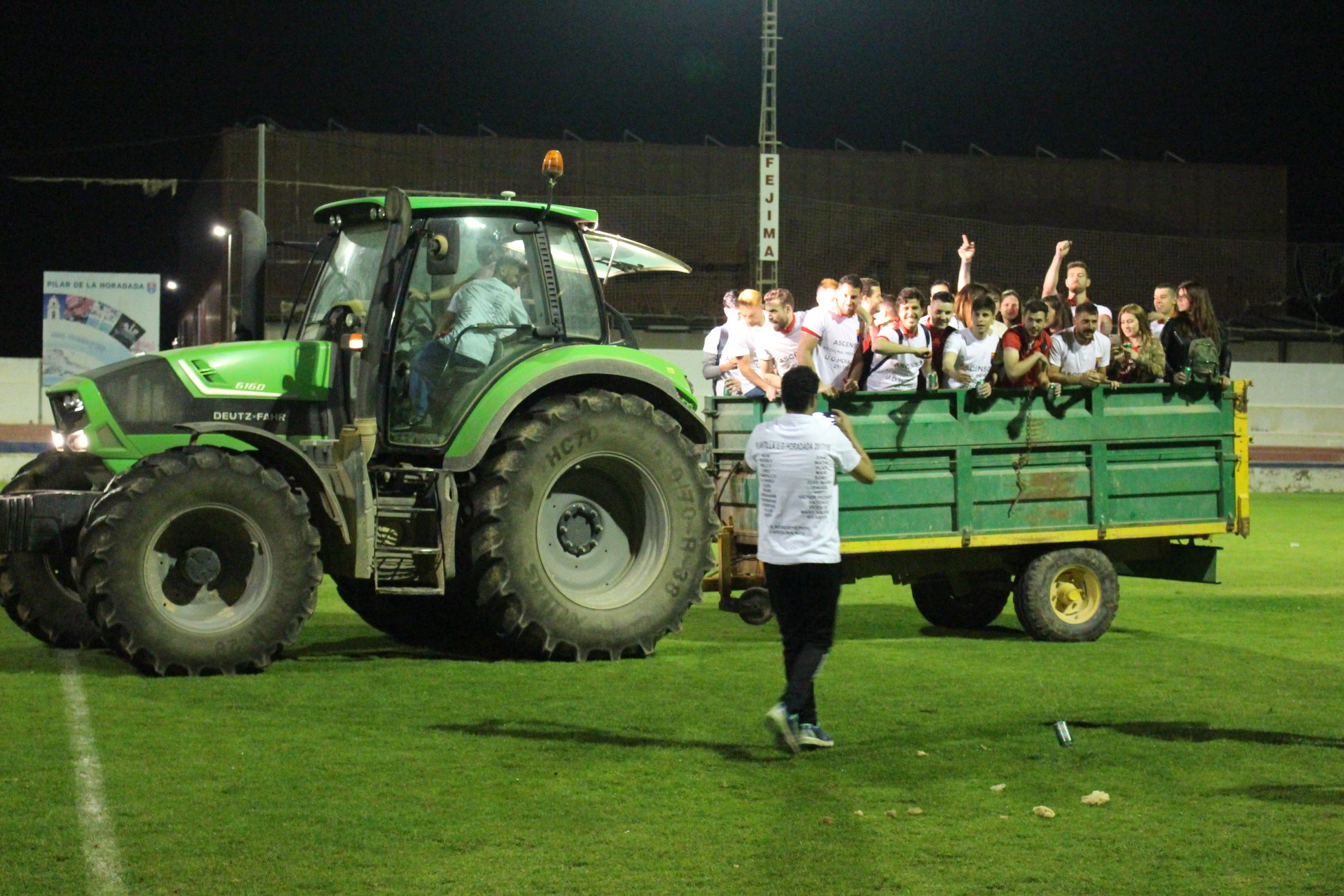 The team, having been presented with a commemorative shirt, boarded their celebratory transport which, in the absence of an open top bus, saw the team parade around the ground, in front of their fans, in a bright green tractor and trailer.