As the public unrest continues on the Orihuela Costa, the local political group CLARO, was the latest organisation to show it’s disgust at the municipal governments coastal policy when it staged a series of marches and demonstrations in the locality last week.

The first march got underway on Mayday when a small crowd marched on Tuesday morning from La Zenia beach to the abandoned Emergency Centre across from Consum Supermarket. 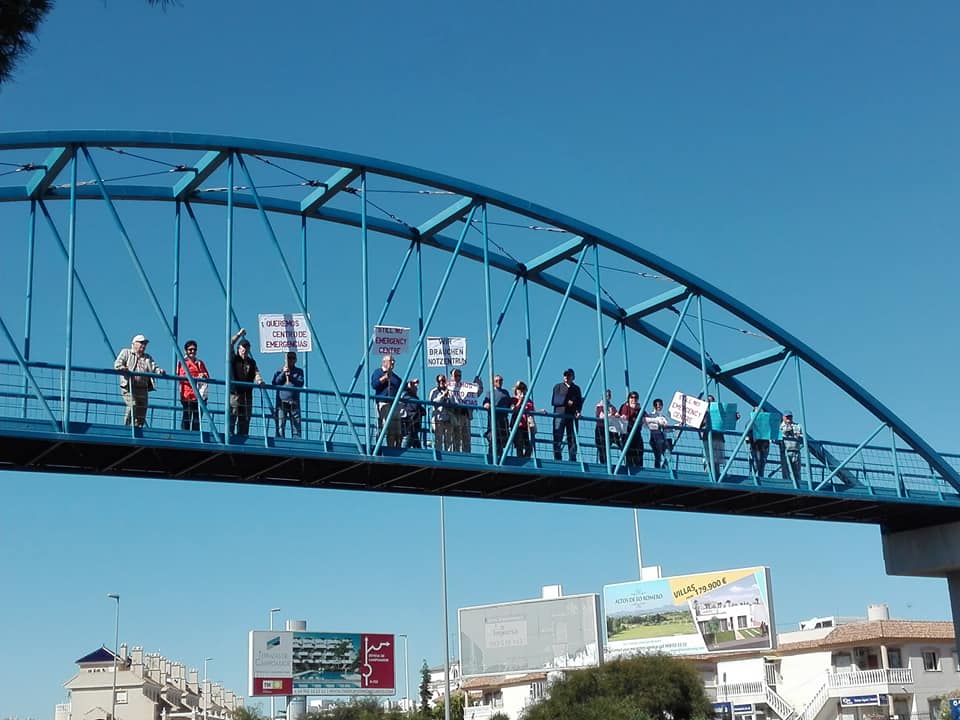 CLARO leader Román Jiménez said “The Town Hall is treating the residents of Orihuela Costa as second if not third class individuals. CLARO has decided to wake up from its dormant position and rise again to fight for the people of the coast.”

The group held a peaceful demonstration by the Emergency Cntre for a little over an hour.

Having collected over a thousand signatures in support, on Wednesday the group had originally planned to hand the signatures in to the town hall but a change of mind will now see them handed over in Valencia in the coming weeks.

Jiménez is adamant that the only possible method by which the coastal zone can achieve sufficiency is to follow in the footsteps of Pilar de la Horadada which gained independence from Orihuela in 1986, since when it has grown from a small pueblo of 6,000 population to a thriving municipality of almost 25,000. “It will take time to achieve”, said  Jiménez, “but for the Orihuela Costa it is the only possible way that we can move forward and finally throw off the shackles that bind us to Orihuela City.”

HELP Vega Baja expands its help to the community…….

6,000 tourists processed at Alicante airport on the first day of border reopening