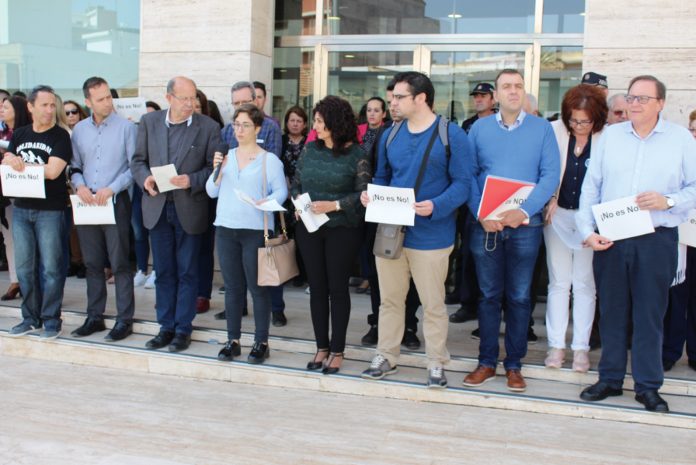 Feminist groups were out on the streets within hours of the judgement being published in protest at the leniency of the sentence awarded to La Manada (The Pack) by the Audiencia Provincial de Navarra, where five men were cleared of rape in a high-profile case that has drawn attention to social attitudes towards sexual violence.

The case became known as La Manada after the WhatsApp group that the men used to chat.

The victim was assaulted inside a building corridor in Pamplona, while the men filmed the abuse on their mobile phones.

Within just a few hours, through social networks and feminist associations, hundreds of people acoss the region called protests in front of provincial buildings and many town halls holding signs that read: “Whatever they say, it’s not abuse, it’s gang rape!”

Many of the protest groups included municipal and autonomous leaders, as well as representatives of political parties, trade unions and social organisations.

And while thousands of citizens cried out for a “just sentence” in the streets of all of Spain and showed their support for the victim, more than 200,000 people asked through the Change.org platform for the disqualification of the judges who handed down the sentence.

In Alicante, the protest organised by the Feminist Platform was held in the Plaza del Ayuntamiento, in front of the Provincial Court. There were protest also in Benidorm, Finestrat, Guardamar and Pilar de la Horadada where the mayor was joined outside the town hall, by councillors and council officials in showing their disgust at the court ruling..

The councillor for Women, Mayte Valero said that “the model of justice still has a long way to go in Spain for the well-being of the women”.