There was a lot of green energy running through the streets of Cabo Roig last weekend. From pints of Guinness to a sparkle and shine Ladies Day, a Salsa extravaganza, fun walks, parades, brunch, a great deal of corn beef and lots of rugby!

The Guinness flowed especially freely at many of the bars on Saturday as thousands packed into the area to celebrate St Patrick’s Day.

Irish music blared as children of all ages took to the streets to perform traditional dance as the crowd clapped them in time, but not until the major spectacle of the afternoon, the Cabo Roig Parade had taken place. 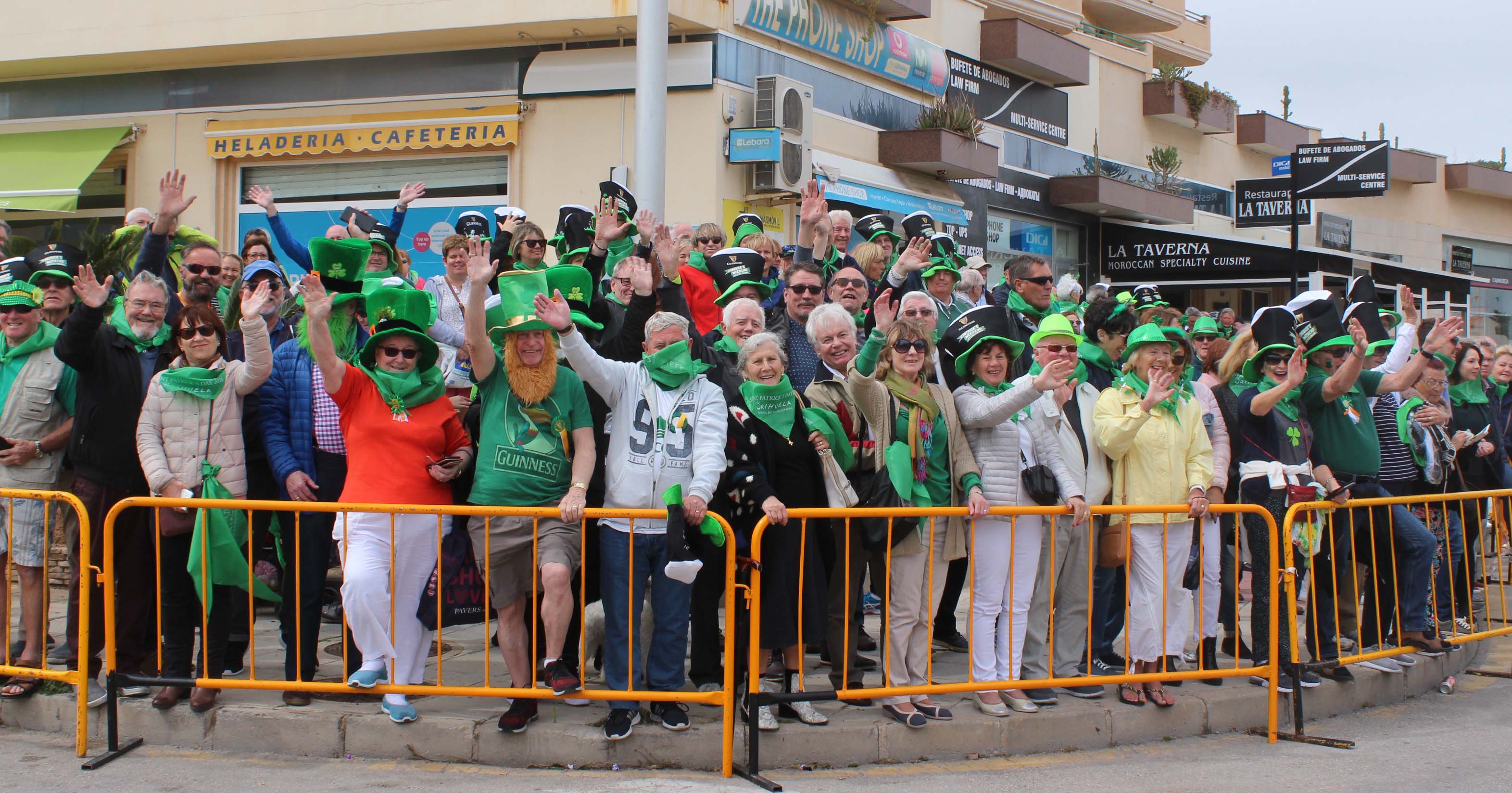 Former Irish Taoiseach, Brian Cowan, was the Grand Marshall at this year’s parade. He was joined by Frank Fahy, a past minister in the In the Irish Government, Martin Quinn, a former Mayor of Galway City, and Paudge Connolly who represented the Cavan Monaghan constituency in Dail Eireann. 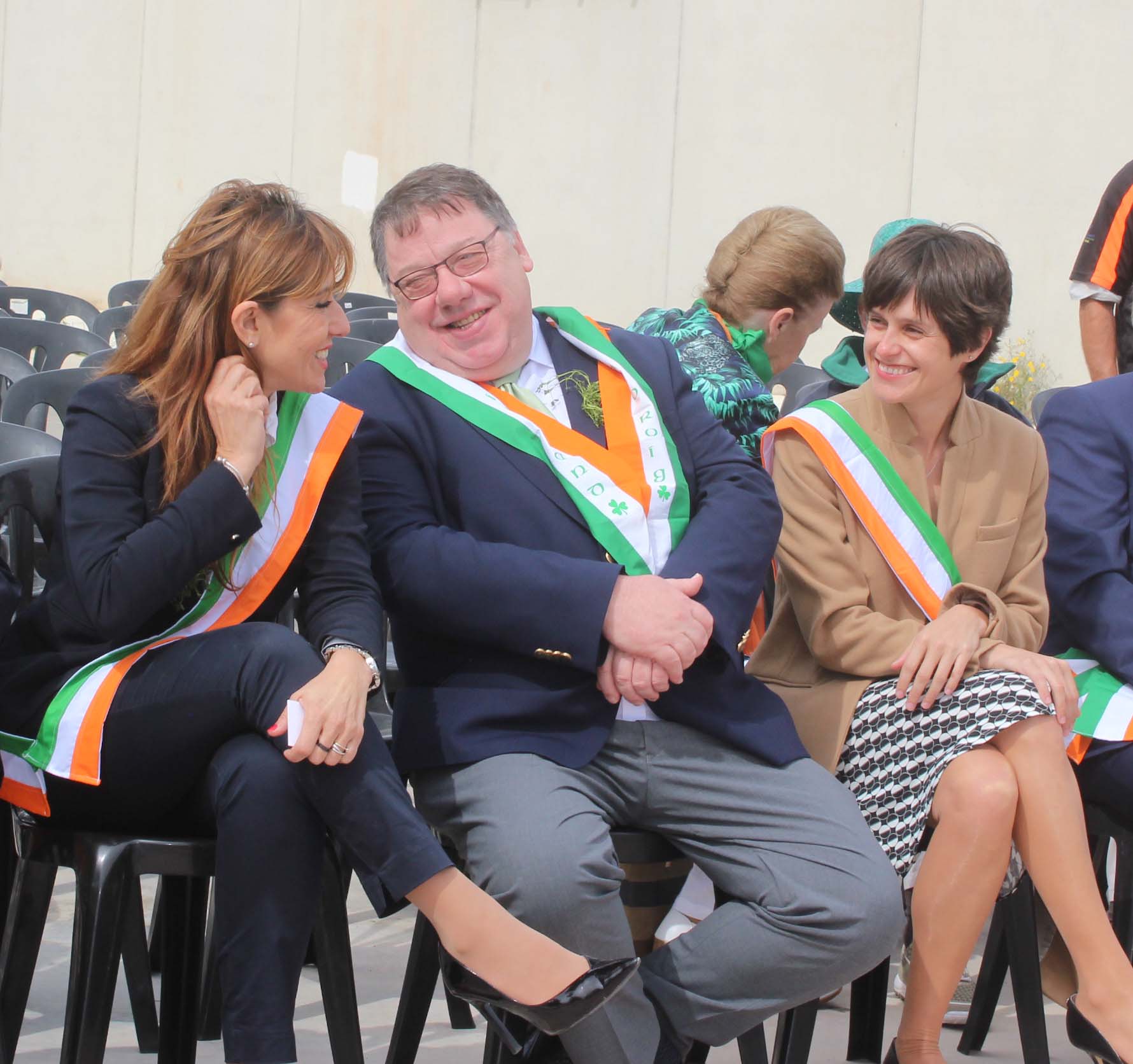 Representing the local municipality of Orihuela were the councillors for Tourism and the Coast, Sofía Álvarez and Luisa Boné respectively along with the President of the Partido Popular Damaso Aparicio.

With the earlier threat of rain replaced by blue skies, and as the dignitaries took their seats along the route, the parade got underway on the dot of 2 o clock. The wheeled brigade was, as usual, made up of a multitude of classic motorcycles and cars followed by the Torrevieja Pipes and Drums which led the actual parade, comprising a record number of 27 clubs, associations communities, dance schools and floats, highlighting the many different aspects of Costa Blanca life. 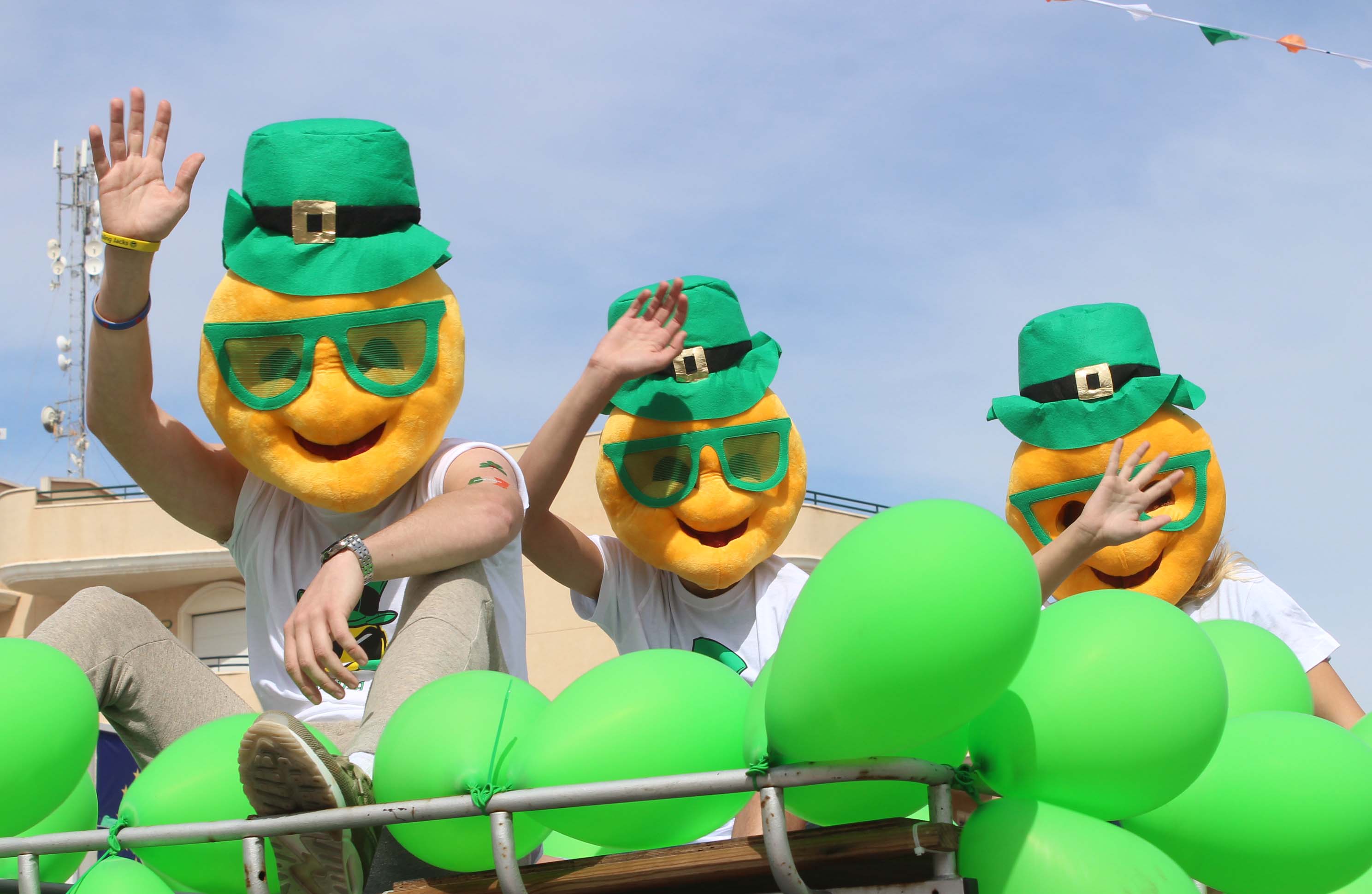 Novelty acts included a variety of stilt walkers and fire eaters as well as a walking garden, comprised of four people dressed in green of course, but wearing environmentally friendly costumes. 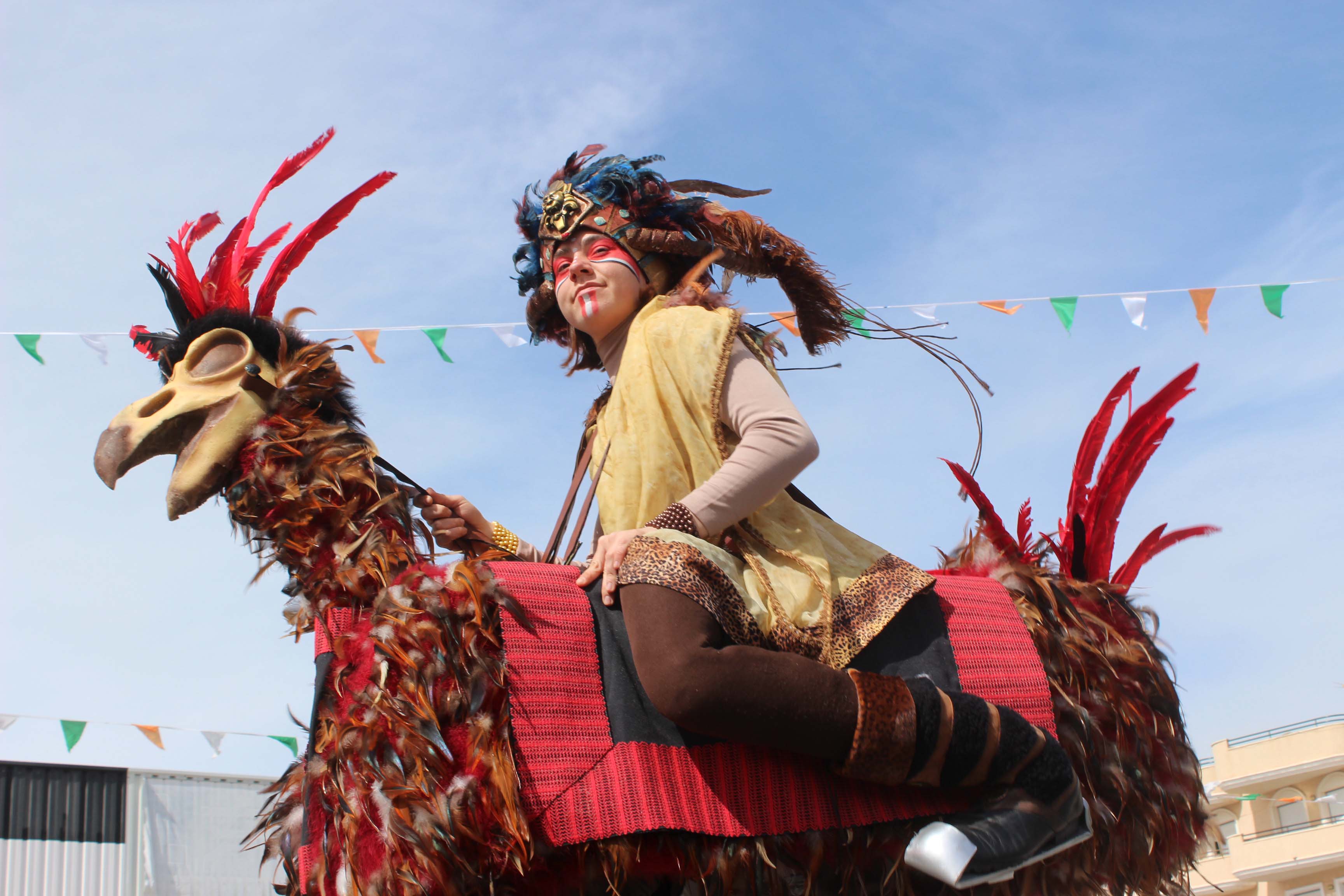 There were veterans from the Irish Services, lots of cartoon characters for the kids, brass bands, drummers, inflatables, Chinese fan dancers and Smurfs from the Centro Civico Alomeda del Mar, soldiers from the American Civil War, male, female and youth dance troupes as well as traditional Irish dancers. There were some fabulous costumes and all in all the organisers delivered the spectacular parade that they had promised, culminating with a fireworks display during the early evening. 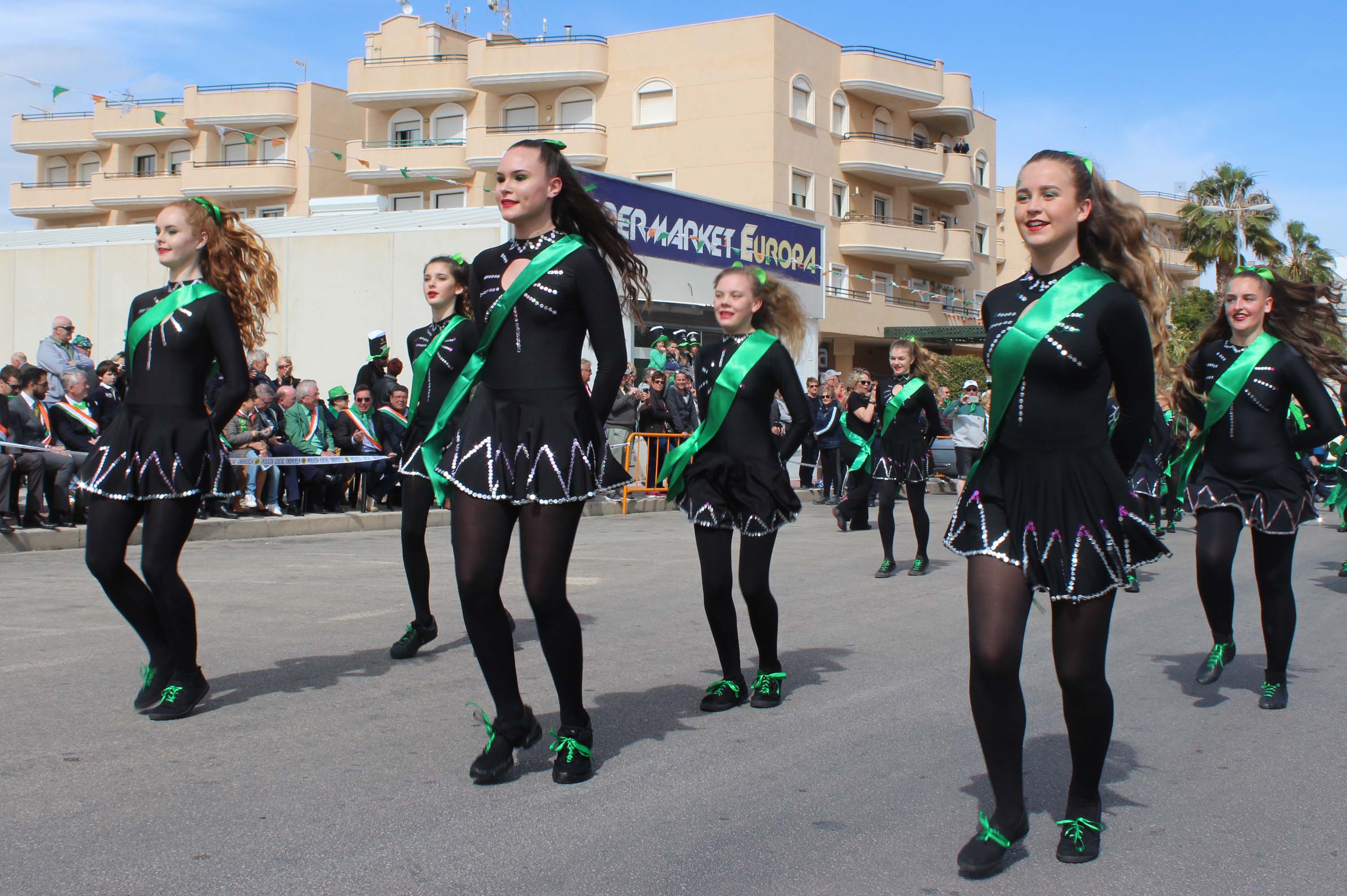 At the Emerald Isle in La Florida the celebration got underway much earlier in the day with Sunshine FM, Stevie Spit and a multitude of local performers entertaining the large crowd from early afternoon. They were joined around the pool by charity stalls and booths provided by Help at Home CB, the Royal British Legion and many more, all doing their bit to raise funds for their respective organisations, so it was not only St Patrick that was promoted during the day. 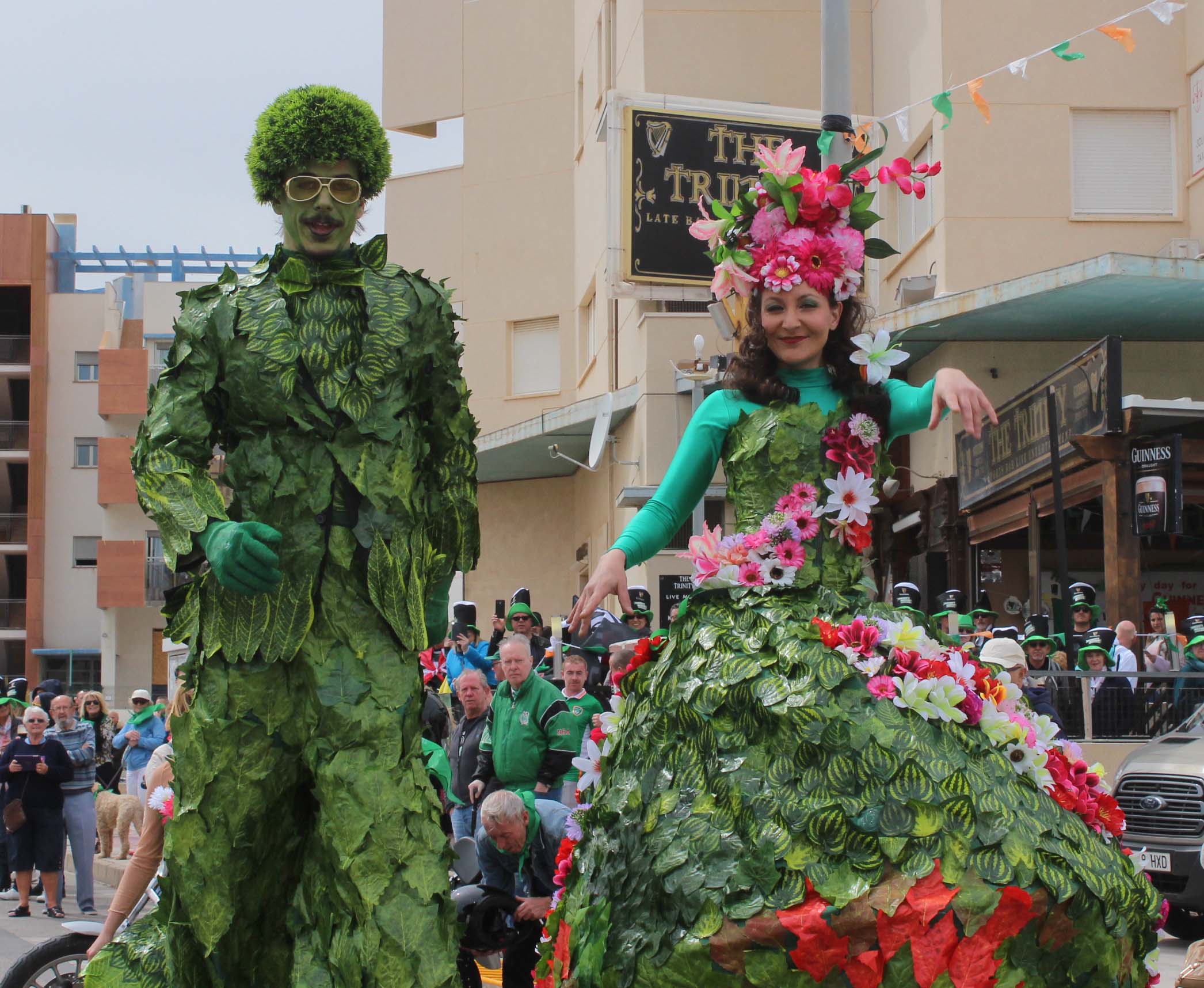 Rockys Arena at Alameda del Mar was also awash with green and gold providing music on the terrace long into the night as did Clarke’s Bar in Playa Flamenca where they were also celebrating their 12th anniversary with traditional Irish music and food.

So another successful occasion engineered by the Irish Community, particularly in Cabo Roig, where the organisers, the individuals, the bars, restaurants and many other businesses that worked so hard to make the event another overwhelming success.