Over a weekend when the streets of Orihuela will go back in time the arrival of one of the most anticipated events of the year will take place in the municipality as the Medieval Market celebrates its 20th anniversary from February 2nd to 4th. 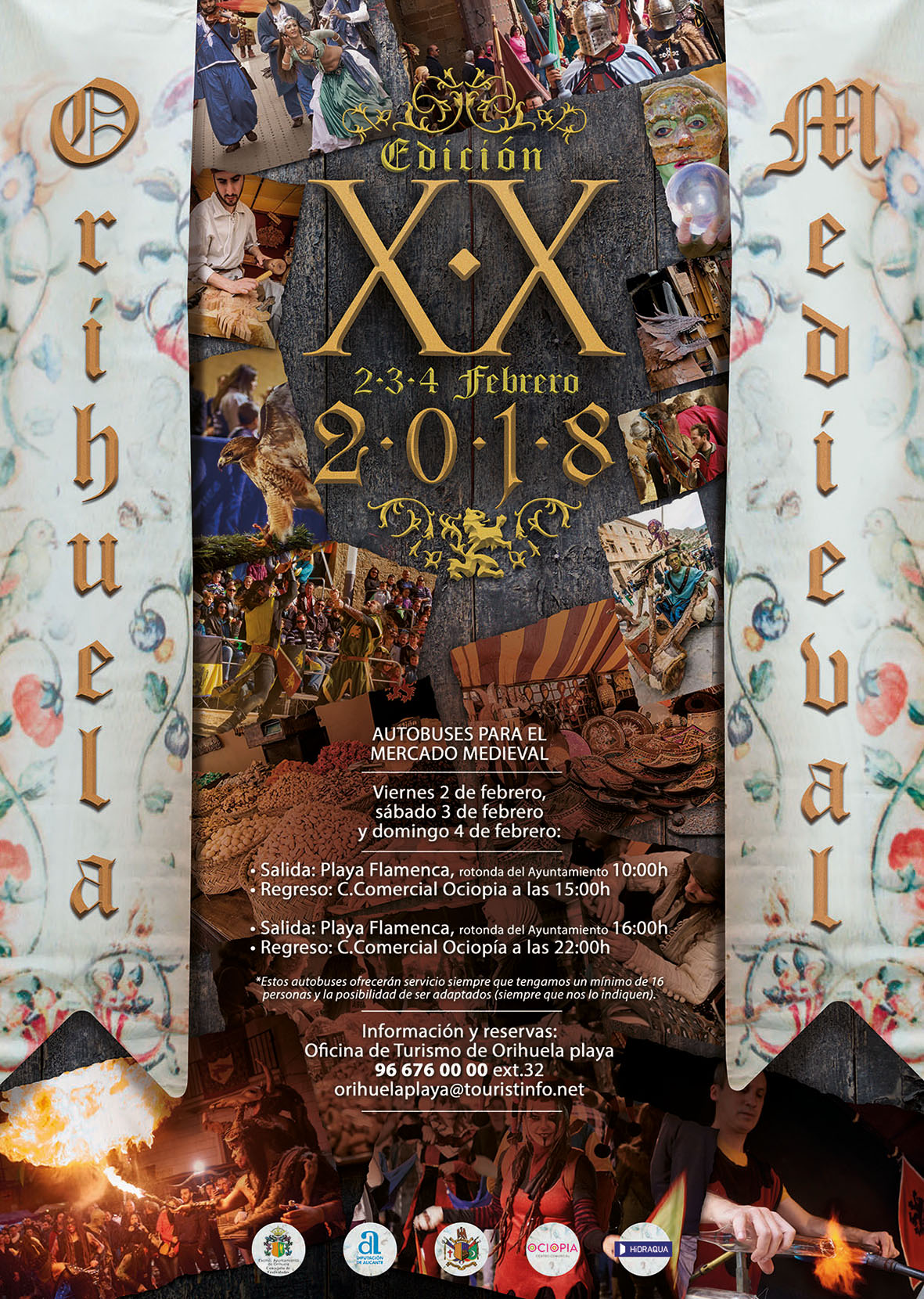 Mariola Rocamora, the Orihuela Councillor for Festivities, said that the market will open on Friday, 2nd February as Jaime I The Conqueror will arrive in the city with a delegation composed of one of the most important fictional figures of Orihuela, the Armengola. They will meet with the mayor and other municipal authorities at the town hall where the event will be formally opened.

This first day will be attended by more than 400 school children from ten districts schools and from schools on the Orihuela Costa.

The Market will be divided into three areas. There will be a Christian Zone with camps and tents, a donkeys, attractions, children’s games and combat contests. On Friday and Saturday night the Villamanuel square will host concerts of medieval music.

Transport to the market will leave Playa Flamenca town hall on each of the 3 days at 10am and 4pm returning at 3pm and 10pm respectively. It will call in at Entre Naranjos en route. The cost will be €5,40, return ticket, from Orihuela Costa.