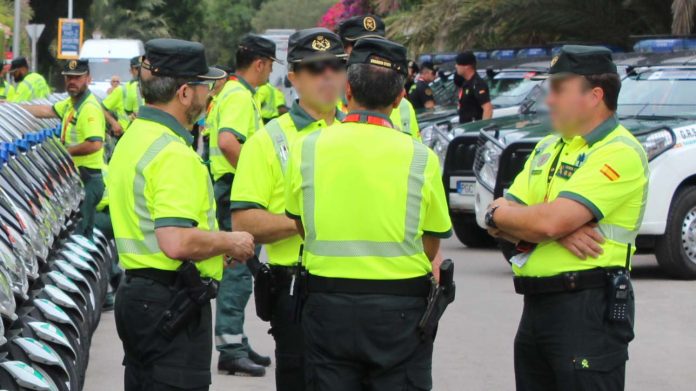 The suspected implication of a civil guard officer to a group that was dedicated to drug trafficking motivated the decision of Torrevieja’s court Instruction No. 2 to phone tap the calls of, at least, another eight officers in the so-called ‘Operation Sakura.’

And that monitoring was crucial in verifying criminal acts that, initially, had nothing to do with the primary investigation, but that nevertheless led to the detention of all eight agents.

The first arrest was of an officer based in Pilar de la Horadada at the end of September, allegedly for his involvement with a drug trafficking gang. He is said to have provided them with details of routine controls and searches in Torrevieja and along the coast.

The proceedings, which began in 2015, arose following the testimony of an informer, who made the Civil Guard aware of the involvement of one of their agents.

Once the information was verified, the “tapping” of the agents mobile telephones were authorised. They were subsequently arrested between the end of October and the beginning of November.

Now all nine of the officers are being held in preventive detention accused to varying degrees of crimes of bribery, the leaking of information and documents, membership of a criminal group, extortion, coercion, theft, failure of their duty to prosecute crimes and falsification of documents.

In the evidence that has been gathered to date there are more than 10,000 documents in which criminal situations are described, carried out by the agents.

This judicial intervention has caused a great deal of tension and concern among the agents stationed in Torrevieja. Two civil guards associations have defended the work that is carried out on a daily basis in the Vega Baja and have highlighted the dangers of making sweeping statements about the situation of the security forces, remembering that it was the Civil Guard itself that is investigating and prosecuting these alleged criminal situations that involve their own colleagues.

Aix approves building licenses for more construction on the coast

Torrevieja to carry out serological tests on 1,100 teachers on Wednesday