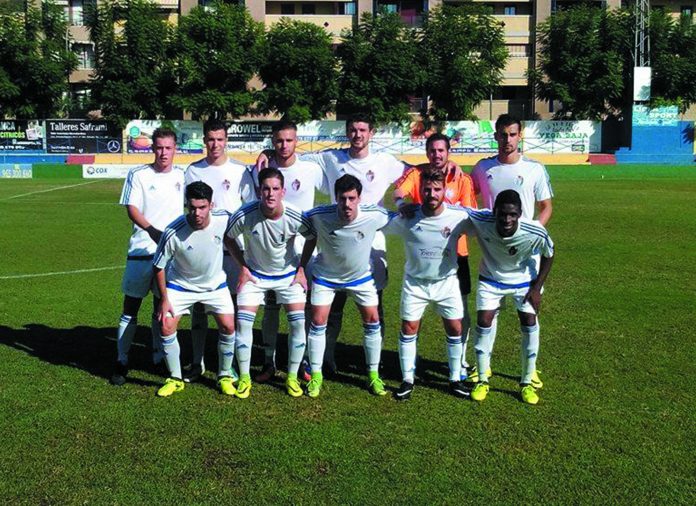 It was essential that Torry got back to winning ways at Los Arcos Stadium on Sunday evening, as earlier results meant that they had lost ground in the Preferente div table.

A first away match of the season was a strange one, for previous visits to Orihuela had always been against the first team, whereas this time around, their ´B´ team were the opposition.

Orihuela ´B´ (who have taken the league slot of Albatera) had started the season with one win, one draw, and one defeat in their first 3 games, whilst Torry were still smarting following their collapse from a commanding 2 goal lead, to disappointingly concede 2 late goals and 2 points last week against Alicante Uni.

The game itself got off to a slow start and for long periods never really got out of 1st gear. There was little to excite either set of supporters with few moments of any real quality.

However we were treated to one early moment of inspiration on 12 minutes when a Flores free kick floated over the heads of the Orihuela defence was met by Tenza at the far post from which the former Hercules man really should have done better.

Viti was inches wide with an Orihuela free kick on the half hour and from the restart Torry found themselves in front.

The best move of the half saw a Torry break upfield that was only broken up in the area when Walid was clattered in the back by Rafa Canales. As the Orihuela defender went into the book for his clumsy challenge Torry’s Manu stroked the penalty past Aitor to put the visitors in front.

Chema could have had Orihuela back on level terms just prior to the interval but, when well placed to score, his header, which proved to be the final act of the half, failed to trouble Buyo in the visitors’ goal.

The second period was an altogether more entertaining affair with both sides creating chances but failing to add to the goal tally.

Torry’s Buyo made a brave save at the feet of Vitolo when the Orihuela forward looked odds on to score, while at the other end a great double save by Aitor midway through the half, first from Dani and then the rebound from Juanpe, kept the scoreline down to just a single goal.

Following a water break midway through the half Buyo was called into action once again, to save from Chema, as the home side pressed for an equaliser that they probably deserved.  But that proved to be their final opportunity of the game as the Torry defence stood firm during the final minutes to record their third 1-0 victory of the season and their first away from home.

For those who can only get to watch Torry home matches, fear not, for on Sun 1 Oct (ko 5pm) the Salineros take on UD Ilicitana back at Vicente Garcia Stadium (check club website for any possible changes).

easyJet ‘rescue flights’ on Sunday for ex-pats stranded in Spain

Alicante Health sends inspectors to all nursing homes after 31 deaths

Healthcare bought up to 50,000 defective tests kits from China

FINAL OPPORTUNITY FOR THOSE WHO INVESTED IN FAILED DEVELOPMENTS IN SPAIN

Madrid care home with 25 deaths ignored by Ministry of Health

Over 1,000 deaths in Madrid nursing homes during March