Both Orihuela city and the Orihuela Costa beaches have seen a greater influx of visitors this summer according to the Councilor for Tourism, Sofía Álvarez, with thousands of additional holidaymakers arriving from both within Spain and abroad.

The information has been gathered from tourist offices located in the city and on the coast where figures show that the number of visitors seeking information has increased by 30%. In addition to verbal enquiries there have been a further 16,000 interactions via the tourism website.

According to the councillor, “the average hotel occupancy has exceeded 90%, both in July and August, even reaching 100% on the coast during parts of August, especially in those establishments offering golf.” 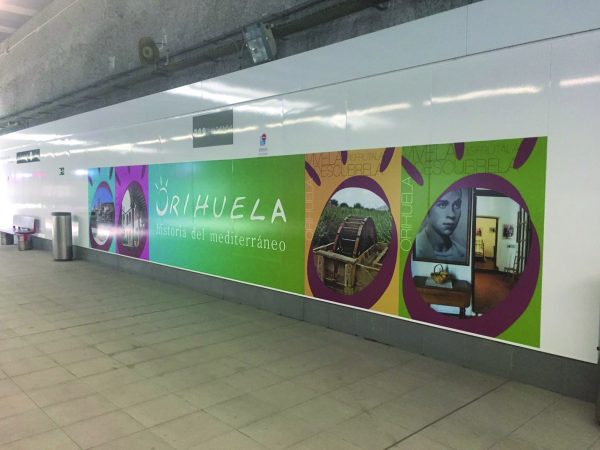 Álvarez said that the tourist who arrives in Orihuela also appreciates the sense of security that they can enjoy which can be shown in figures produced by the Guardia Civil ” where the number of complaints has suffered a significant decline.

The increased figures are also partly due to the hard work carried out by the department in the last two years, together with the continuing advertising campaigns “that have worked very well in making the whole area much more attractive to the visitor,” according to Alvarez.

The councillor said that a new tourist map is being prepared “that will have a new design, which is much more modern and attractive”.

The councillor argues that the reputation of Orihuela as a tourist hotspot “continues to grow non-stop, particularly internationally, as a result of which it is now enjoying more visitors from different countries.” 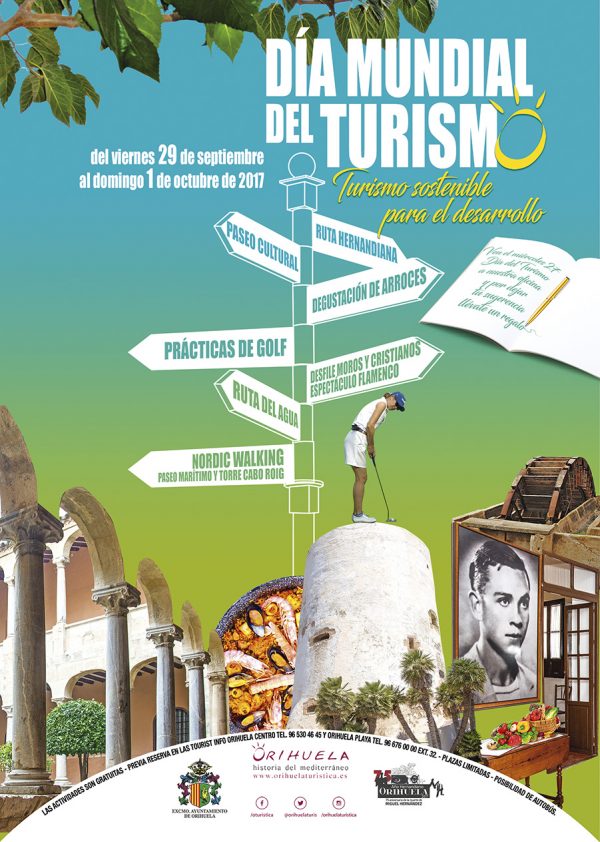 With the support of the Provincial Tourist Board ‘Costa Blanca’, the Council has recently redesigned the promotional brochure and is now able to offer versions in Castilian, English, French and German. It has also recently added new translations in Dutch (Flemish), Finnish and Russian, “because the number of visitors have increased from all these countries in the tourist offices”, says Álvarez.

On September 27, Orihuela will be celebrating World Tourism Day with a number of activities to be held in the city, districts and on coast, from Friday 29 September to Sunday 1 October.

This year will focus on the theme “Sustainable tourism for development”. The councillor has said that she wants all of the people in the municipality “to feel tourists in their own city, and thus, know all the activities and options that it offers for the visitor.”

There will be a Hernandian nocturnal route on Friday, a cultural walk on Saturday starting at 10:30 am at the arch of Santo Domingo, through which to learn about the monumental, historical and cultural heritage that Orihuela has.

At 1pm, the main focus will be on gastronomy, with a tasting of rice in the Plaza Ramón Sijé.

Sports tourism will also be represented with a golf class, at 5pm at the Vistabella Golf Club, while Saturday night is reserved for parties, with a parade at 19:30 of Moors and Christians in the Urbanisation of Orihuela Costa Aguamarina, followed by a flamenco show.

Walkers will be able to enjoy the natural heritage and beaches which will feature through two routes on Sunday, October 1st. One of them will be Nordic Walking along the promenade and the Cabo Roig Tower, while the other will be the Water Route, which will start from the Town Hall, passing through the Cremos Wells and the river sotos, ending in the Mill of the City.

All these activities are free, prior to registration in the Tourist Info of Orihuela Ciudad and Orihuela Costa or by phones 965 30 4645 and 966 76 0000. The Department of Tourism will arrange a bus service so that citizens can go to all activities, both from the city and from the coast.