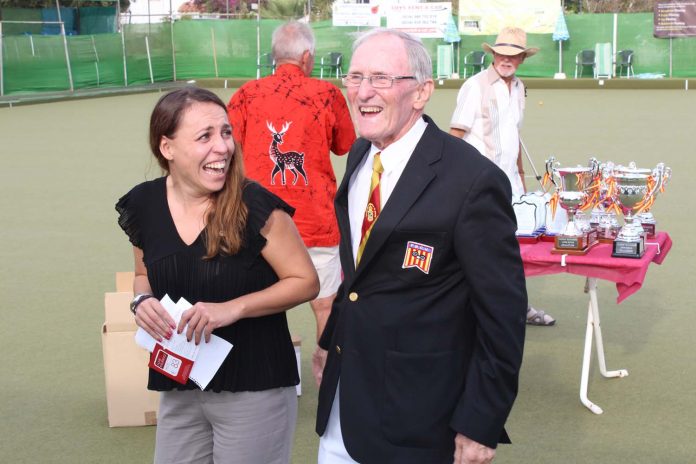 The Opening Ceremony will be held at San Miguel on Tuesday evening 4.30 for 5 & everyone is welcome to attend.

In the Ladies current National Champions Lynn Greenland & Gail Willshire will be the pair to beat. Mary Whitelock & Anne Marie Stephenson having just picked up the Runners Up spot in the South Alicante knockouts should also be up there.

We then move onto the Ladies & Mens Singles. With last years Champion Frank Close having returned to the UK, we are guaranteed a different Champion. We have the LLB Champion of Champions Derek Toozer who will face Brian Kavanagh in the first round. Past Nationals Singles champion Martin Foulcer will face a tough first round match against CBUMA President Fred Willshire. While this years National Champion Brian Robertson will face Richard Osguthorpe.

The Ladies Singles looks to have some tough matches in the first round. Last years Champion Jacqui Johnston is not competing in the singles. Matches to watch –  Sue Kemp will meet Gail Willshire, Lynne Bishop will play Nina McKenzie. Having retired from the National Singles due to the heat in May I will be hoping at least to complete my match against Claire Dye.

With no Mixed Pairs being played this year next week will see the Mixed Triples & Mixed Fours being played. Semi Finals & Finals will take place at Emerald Isle from the 20th.

Thanks once again to Linea Directa for their sponsorship & to The Leader for their continued support.

August celebrations in Almoradi and Rojales

Torrevieja reduces public prices for use of sports facilities