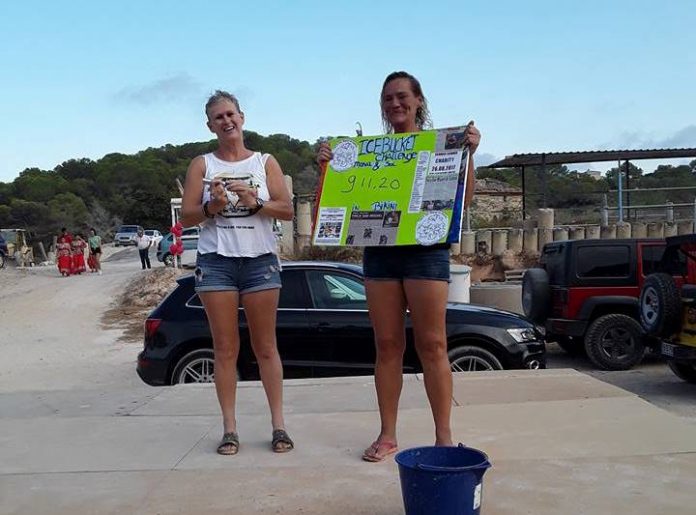 It started at about 6pm with the first show by Mona and Sol! They were dancing in their bikinis to the song, Walking on sunshine, which they did until 2 of their BIGGEST sponsors, Angela and Aad, agreed to take the ICEbucket Challenge. You could tell by their faces that it was COLD!! But they did it and raised about 1000 euros which will cover 1 month costs for the animals. 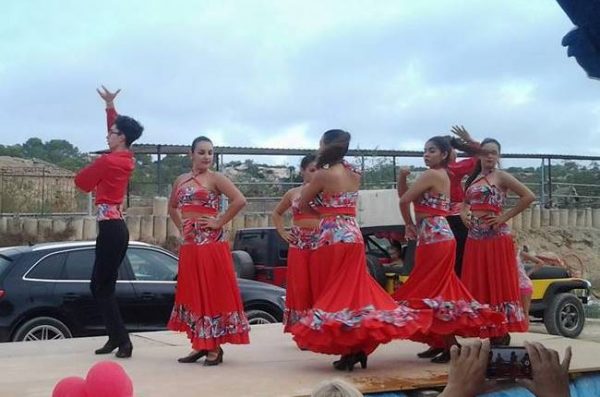 Thank you to all their sponsors here in Spain, England, Germany, Holland and Italy.

The Dance school followed with 2 shows, 1 modern dance, and 1 flamenco with everyone  having a great time.

Unfortunately the paella was served rather later than scheduled but while most people were waiting the raffle got underway. There were some very good prizes from Angela Richards, Judy W. Jones, Penny Wing and Jacqueline Douwstra! Thanks to all!

Christine brought her jewellery from England and sold it with Renee Flack, raising 200 euro for the animals!! 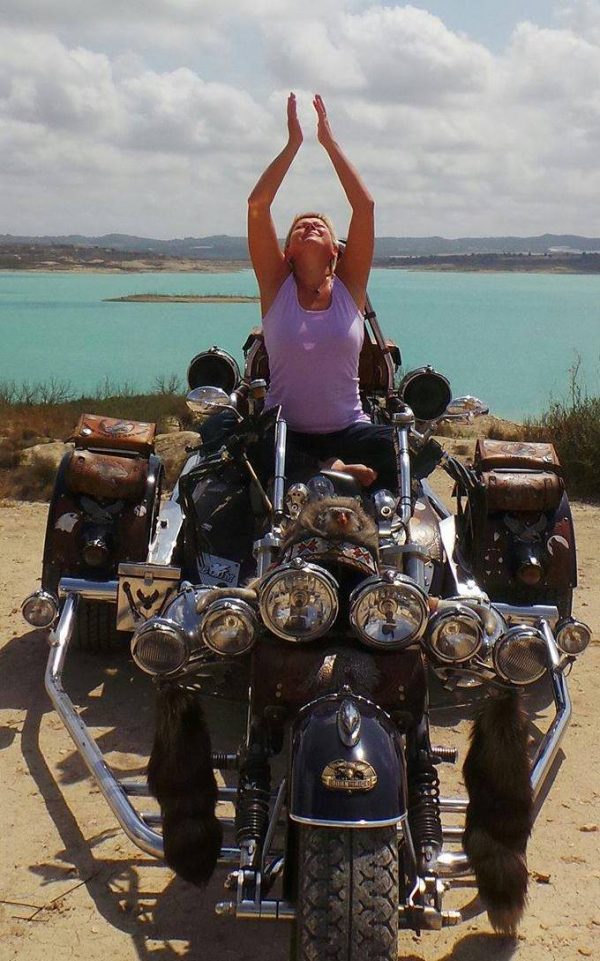 One of the sponsors, Eleanora van der Stap, had her trike tour around La Pedrera,, which was kindly provided by Bernd Mann, to anyone who sponsored the ice bucket challenge for 50,00 euro. Sol was a very lucky girl, John and Paula from Restaurant Bar Wolfies in Blue Lagoon, gave her their motor Trike Tour! They both had a great time.

If you would like to support Happy Animales Spanien- Finca San Miguel de Salinas, come along to the Flea market on Friday 22 September from 10am to 2pm at Cheers Bar Restaurant in Eagles Nest. You are sure to find a bargain and at the same time you will help the animals!

Unfortunately, sad news to end with Monika, (Moni), cake maker and volunteer at every Open Day and Finca Party, recently passed away. She will be missed by us all. RIP Monika.

Rotary clubs in Orihuela and Guardamar donate 110 tonnes of food worth €600,000 to animal shelters