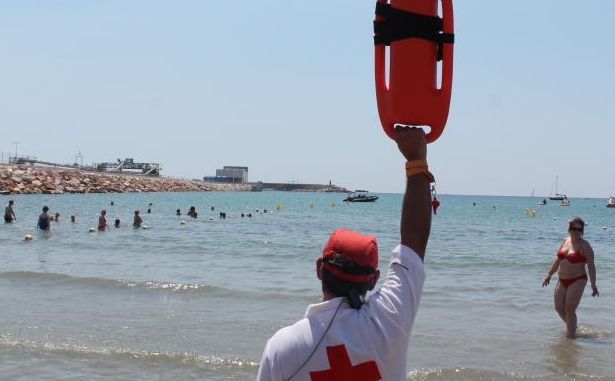 Torrevieja’s mayor, Jose Manuel Dolon, said at a press conference on Wednesday that he has told the Local Police to discipline beach users who violate the ban on bathing when the red flag is displayed on municipal beaches.

He said that he has issued the instruction “purely for the safety of bathers and for the lifeguards who watch the beaches. It’s not a new order, it’s just a reminder to the Local Police. ”

He has also instructed the Chief of the Local Police to enforce the system for sanctioning such individuals as he deems appropriate.

Although it might seem rather insensitive, the police have been told, particularly where it is necessary for rescues to be carried out, that they should continue to offer their support as might be necessary at the time, but once the rescue has been carried out and the safety of the individual has been assured, they should then identify the rescued individuals or groups and denounce them with a fine of between € 750.00 and € 1,500.

Lifeguards are said to be angry that their lives are being put at risk by swimmers ignoring signs warning of dangerous currents. “Many people using the beaches simply have no understanding of surf or the dangers of rips and currents,” said one lifeguard. “”I think that many people are leaving their brains behind when they come to the beach.”