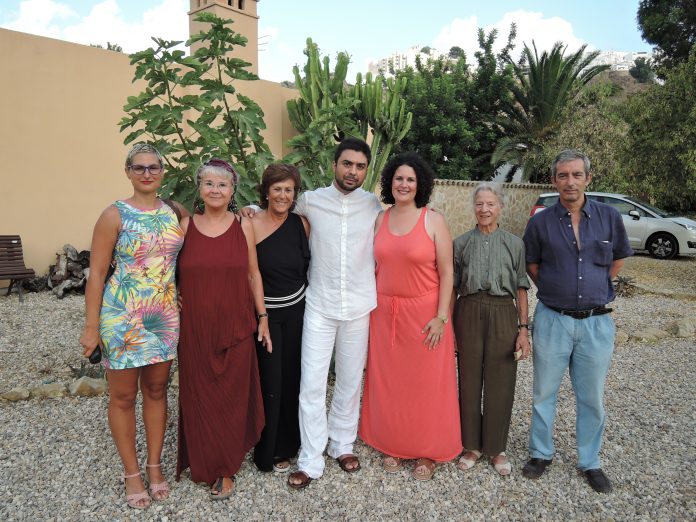 The guitarist, Leo de Aurora, recently spent two weeks in Mojácar working on his new compositions as the guest of the local Council through the Valparaiso Foundation. Considered by many as the heir to the great Paco de Lucía, he is from the prestigious flamenco family of Maya and Montoya.  His great-grandfather, Ramon Montoya, is recognized as being the first creative influence of the flamenco guitar in concert.

As a flamenco child prodigy, at the age of seven he gave his first concert in the Veranos de la Villa de Madrid and his name was soon seen in the same lineup as great artists such as Carmen Linares, Estrella Morente, Manolo Sanlúcar, Paco de Lucía and Diego el Cigala.

Leo’s guitar has been heard as far afield as Japan and Singapore as well as at Spain’s most prestigious venues and festivals where he has performed alongside Paco de Lucía, Joaquín Cortés and Chano Dominguez.

At the end of his stay in Mojácar, he gave a concert in the Valparaiso auditorium where the audience were treated to some of his new compositions including “Montoyas and Mayas in the Dawn” and one inspired by his host town and the sunrise on the beach named, “Mojácar”.

Together with Leo, four other national and international artists of literature and painting; Gabiñe Salaberria, Aurora Pérez, Alejandro Barroso and Birgitta Wikström, have also been staying in Mojácar as scholarship holders. All have been working in the town on their individual artistic disciplines, inspired and enthused by Mojácar’s magic and its very own unique “duende”.