Six men and three women, between the ages of 25 and 48, were arrested in Torrevieja last week, on charges of drug trafficking, illegal detention, obstruction of justice and the membership of a criminal group.

They all belong to or are associated with one of the most infamous gangs in the region, ‘Clan Tote’, with the leader alone having been arrested on 17 occasions for a total of 39 crimes, most of which are said by the Guardia Civil to involve violence. 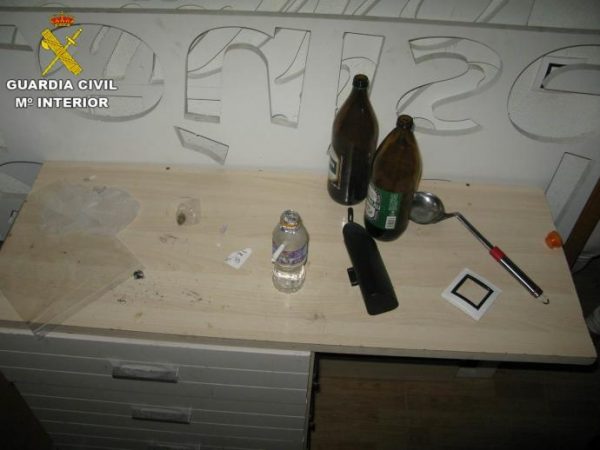 They were alleged to have established a number of outlets across the municipality, using various homes to distribute cocaine and heroin among a substantial number of local consumers. Initially it is said that they tempted their clients to use their service by providing small quantities of the drugs free of charge, until such time as the users became addicts.

After then agreeing to collaborate with the Guardia Civil and testify against the clan, following direct orders from Tote, some of these clients were then rounded up by the gang and held against their will for several days. They were then threatened with violence, intimidated, assaulted and forced to retract their statements, thus eliminating any evidence that would incriminate the group.

During the operation, the Guardia Civil carried out raids on four homes throughout Torrevieja, in which they seized 1,805 euros, weighing scales, tools used for manufacturing the drugs, three mobile phones, two computers, Tablets, two USB’s and a quantity of cocaine.

Agents also confirmed that the properties also accommodated a number of young children who, “lived in poor conditions of health and hygiene, and were constantly surrounded by family members engaged in the manufacture and sale of drugs as well as the drug addicts themselves.

Nine people were arrested, all of Spanish nationality, except one German woman, and all of which belong to the Gitana (Romani gypsy) ethnic group. Six of those arrested were detained in prison whilst the other three have been released on bail.