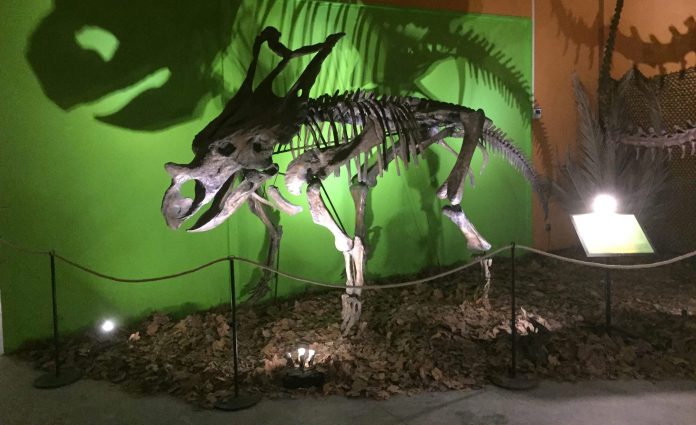 Having travelled right across Spain, La Zenia Boulevard is now hosting Dinopétrea, a journey through the history of life, where young and old alike can learn about the evolution of species, the stages that our planet has passed through as well as finding everything out about dinosaurs, those fascinating creatures that roamed our planet millions of years ago. 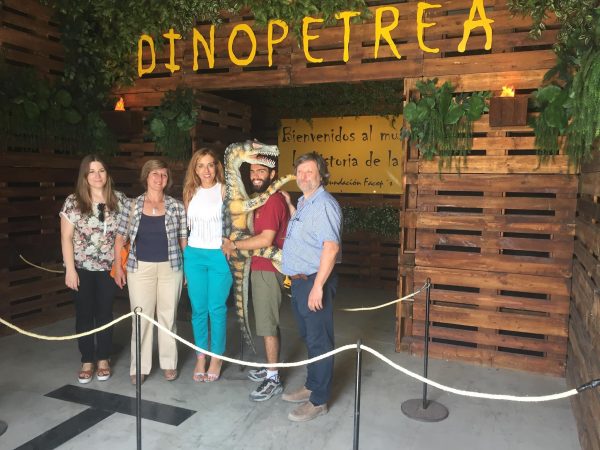 Dinopétrea is open every day from 12 noon until 11pm right through the summer and early autumn, until 1 October.

There are dozens of dinosaur skeletons on show, including the second largest Tyrannosaurus Rex in the world, which is 15 metres long, as well as hundreds of fossils, meteorites, cave bears, 25 million-year-old fish and 125 million-year-old reptiles, including a 4,200 million-year-old star and a 40-kilo iron and nickel metallic meteorite. Where else could you touch with your own hand the “icy-coldness of space”, that once burned at 3,500 degrees centigrade.

The exhibition also houses a games area, where a robot dinosaur will delight the little ones, who can look at dinosaur eggs and have fun with the interactive games.

There is also an excavation zone with archaeological sites with real fossils. And you can actually take one home.

There is a charge for entry but at 9 euro it really is worth the visit.