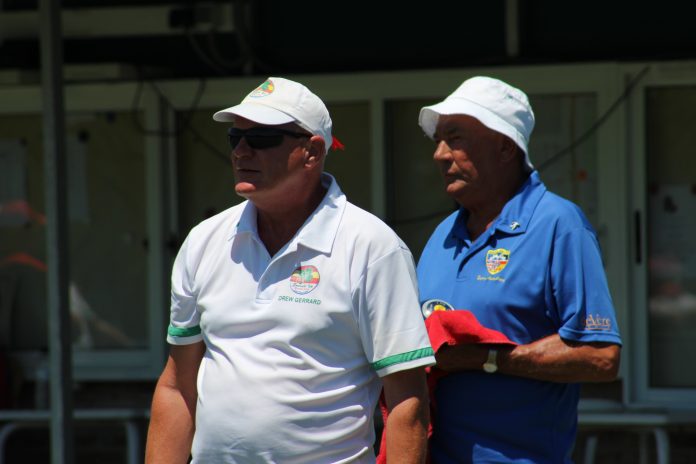 Results from the South Alicante Hurricane Division, Greenlands Gladiators were away to Emerald Isle Vulcans.

Greenlands Bowls Club are seeking new members to add to their Summer and Winter league teams. All new members will have an equal opportunity to play whether they be new or experienced bowlers. Interested?? Then please contact Haley on 966844399.

A very competitive and enjoyable match against our near neighbours La Marina Pilots.

In the VCL the Deputies had a bye, No results received for the Sheriffs.

Club mornings still ongoing, Sundays, Tuesdays, Thursdays 0945 for 1015,  WASPS on Wednesdays afternoons, come along for 1.30pm, €5 for an afternoons bowling, use of shoes and woods, and free tuition if required.

Here we go then last month of the Summer Leagues.  Everything to play for, the Pilots to win their league and in the VCL, La Marina not to get relegated.   Best of luck to both. We did alright in the VCL getting six points off a very strong San Luis Falcons side remembering they won the league last year. Three wins each but the Falcons got the overall shots for the extra two points.  Our winners were in the Ladies Singles with Janet Parsons winning 21-6, in the rinks Dave O’Sullivan, Garth Slater, Tom Spencer and Dave Hadaway had a 18-11 win and very excitingly Barbara Forshaw, Mike Smith, Jean Perchard and Terry Perchard won on the very last end by three.

Looking at the score sheet it could have been so easily 12-2 to the Pilots as two of our rinks only lost by one shot.  Instead we beat Monte Mar Torre 8-6 away from home. So well done to all to keep us up towards the top. Jean Tregoing, Rob and Margaret Finlayson won21-16 with Garth Slater, Carol Smith and Dave Taylor getting two more points winning 21 -14.  While Barbara Forshaw, Mike Smith and Tom Spencer came up trumps with a 17-14 win.

Usually at this time of the year folk are thinking about moving clubs or people are about to move out here for a better life in Spain.  If you are one of those people why not come and join us at La Marina, friendly, happy club with a good social life out of bowls.  Great for new bowlers as we provide coaching.   If you are interested give our Captain Steve Hindle a call on 966184360.

we have to congratulate Martin Foulcer who was defending his title in the Spanish Nationals Men’s Singles, he did exceptionally well and reached the semi-final only to be defeated by Brian Robertson (Mazarron) who went on to win the 2017 title.

Both teams are doing exceptionally well in the league, keep up the good work.