Two important developments took place in the past week in the fight to save Cala Mosca, the last kilometre of virgin coast in Orihuela Costa from the building of 1,500 new houses.

On 15 May, Bob Houliston of C.L.A.R.O., together with Marta Guillen, Councillor of the Orihuela political party Cambiemos and the regional assembly Deputy Antonio Estañ met with the Valencia government Director General for the Environment.

The purpose of the visit was to follow up the meeting of the European Parliament’s Petitions Committee at the end of February which unanimously decided to request the Valencia regional government to carry out an independent Environmental Impact Study before taking a decision on the revised plan to build 1,500 new houses on Cala Mosca.

According to the law as it stands, the Developer is responsible for carrying out an environmental impact study before the approval of a building project.    However, Members of the European Parliament’s Petitions Committee objected that this involved an obvious conflict of interest in that the developer’s overriding concern would be to justify his project rather than prioritise environmental concerns.

The visiting delegation argued that it would be within the competence of the Valencia government to commission an independent environmental impact study which could have a broader objective than the Developer’s study which had not given sufficient protection to two endangered species present on Cala Mosca, the impact of the building project on the environment in general or the social cost of adding potentially 5-6,000 more to the population of Orihuela Costa already suffering from inadequate services.

The Director General for the Environment undertook to consider these arguments sympathetically when deciding on the reply to be given to the European Parliament.

The second development in the fight to save Cala Mosca was the surprise decision of the Valencia Government to reverse its earlier decision to exclude Cala Mosca from its new coastal protection plan.

Announcing a modification to its initial proposal, the Valencia government included the southern third of Cala Mosca in its coastal protection plan but as a transitional measure which would prevent construction if the Developer failed to carry out a building project within a period of 5 years.

While this is a welcome recognition of the importance of protecting Cala Mosca, it does not go far enough.

It does not protect the northern two thirds of the area on which, although there is no house building, the infrastructure of streets, pavements and utilities has already been provided.   The decision also carries the obvious danger that the Developer will accelerate his plans to build on the so far virgin southern part of Cala Mosca in order to avoid the prohibition which would be applied after the 5 year transitional period.

However, something is better than nothing.   The southern part of Cala Mosca is the most environmentally sensitive part where the endangered species are concentrated.   Authority to build on this area would obviously be subject to very strict conditions.

The fight to save this emblematic remaining kilometre of virgin coast continues.   There is important support to prevent its massive urbanisation.    It is a pity that the present Popular Party-Citizens party government of Orihuela has not lifted a finger to assist in this hugely important cause.

Opponents of plan to build 1,5000 new houses on Cala Mosca meeting with Valencia Government’s Director General for Environment on 15 May 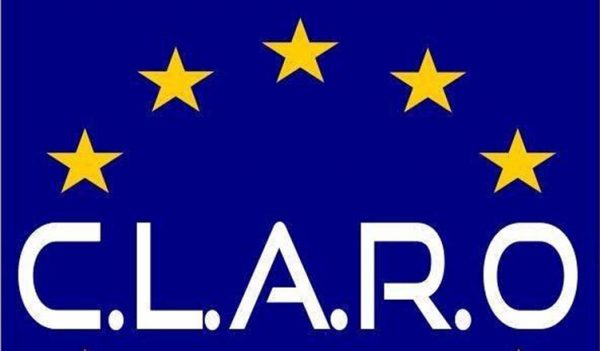