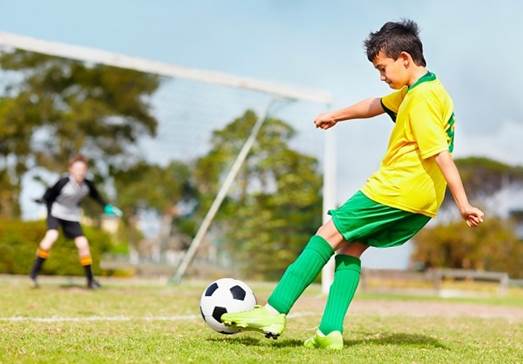 For their last game of the season Daya were away at Santa Pola playing on a real “grass pitch”.  The match kicked off in very very warm conditions and was probably the reason why the pace of the game was so slow.  Coach Jesus had made a number of changes to his team giving some of the fringe players a game.

Most notably of these was second string keeper Mochim, who was having his first outing of the season so denying Jaime his 100% record.  It was a pretty nondescript game played at a snail’s pace.  You could be forgiven for thinking it was just a training session, although Santa Pola were the more adventurous side.  To be fair Daya did seem to be playing well within themselves and could at anytime explode into action,  but with thirty minutes gone there was certainly no signs of this happening anytime soon !

There was a little spark from Daya as the half drew to a close, but a corner was their only reward.  So it was with a great deal of relief when the whistle went for the end of the worst forty five minutes I have witnessed this seaon.  Surely coach, Jesus, would motivate his players during the break to enable the real Daya to turn up for the second period.  Nothing much had changed as the second half wore on.

There was a mix up in the home side’s defence that presented Daya with a good chance but that was wasted.  There were signs that Daya were upping their game but it was still a very poor performance.  On seventy five minutes Daya scored but even then they managed to make really hard work of doing so.  Still it was a goal you thought you would never get to see today,  Santa Pola were almost level minutes later but Daya’s defence managed to scramble the ball away to safety.  The home side had a great chance to level on eighty minutes but with the goal at his mercy the Santa Pola player fired over the bar.

Five minutes later Santa Pola were level when from a corner the ball was thumped home.  Just one minute later the home side went 2-1 up with a well worked goal.  There would be no way back for Daya now and the home side even had a penalty saved at the end.  So 2-1 to Santa Pola in a game that was so poor that you would have thought it was both sets of players first time on a football pitch.

It was a shame for Daya to end their season like this, as apart from the first few matches the season was good with some entertaining football and great results.  The memory of today’s poor performance will soon fade and be replaced with hope and anticipation for next season.  Thanks to coach, Jesus, Paco and all the players.

See you all next season.