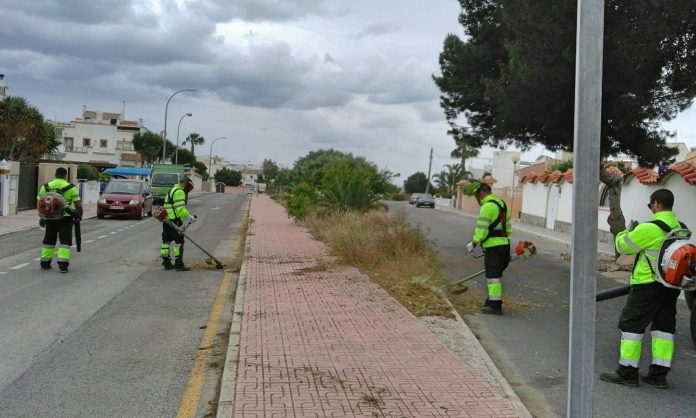 The Orihuela council has said that it will try urgently to solve the problems in the parks and gardens on the Orihuela Coast.

Following a series of critical articles run in much of the Spanish Press, as well as in the Leader Newspaper it seems that the authorities have finally accepted that the coast is a special case.

Luisa Boné, the councillor responsible for coastal infrastructure, has said that she intends to put an end to the poor state found in many of the local parks and make them, once again, suitable for the purpose for which they are intended.

The Coastal Pressure Group, FAOC, have been particularly critical of the state of local parks, and in recent weeks their Facebook page has carried dozens of photographs and reports decrying the poor state of cleanliness, the dangerous condition of the playground equipment and the lack of maintenance that residents and their children constantly have to endure.

Playgrounds drawing particular criticism have included those in Villamartin, La Florida and La Regia, where the play equipment is broken and dangerous to use while the grounds are over run with weeds and rubble and are seriously in need of cleaning and maintenance.

Luisa Boné said that she aims to end this bad image and has just put into action a crash plan in the green areas as well as on many roads that are also littered with weeks.

She said that three council teams are already working in the area, two of them, made up of three people, are carrying out pruning and clearing while the other team is responsible for the maintenance of furniture (children’s playgrounds, benches, wastebaskets).

So far they have been employed on the green areas in la Zenia, Las Filipinas, Campoamor, La Florida, Los Valencia, Los Dolses and Blue Lagoon. IN the coming days they will  move to La Florida, Horizonte, la Ciñuelica and Lomas de Cabo Roig

Zenia, the Philippines, Campoamor, Florida, Los Valencia, Los Dolses and Blue Lagoon, among other developments. And this week the councillor stated that they will continue their work in Florida and then move to Horizon, Ciñuelica and Lomas de Cabo Roig.

Additionally the councillor said that a fumigation contract has been agreed, at a cost of 17,000 euros whereby, over the next month, a company will be employed on the removal and fumigation of the weeds along the edges of roads, curbs and pavements throughout the Orihuela Costa.

“All residents should be able to enjoy their parks and gardens which must be maintained in a suitable conditions so they can take their children,“ said Luisa Boné.

Summer tourist nights in Orihuela and on the Coast