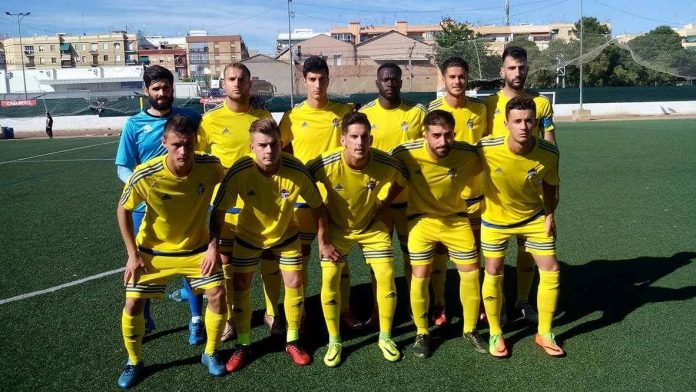 This really was the game that was going to shape Torrevieja’s future, certainly going a long way toward providing the outcome of where they would be playing their football next season.

As the Salineros sat lodged in the fourth relegation spot, 3 points behind rivals CD Buñol, with just two games to play, the only result they could possibly consider was a win, and with it the three points, as they travelled along the AP7 to Paterna, while at the same time hoping that Buñol would slip up in their quest for points at Villarreal CF C.

A Torry victory would then drag Sunday’s opponents Paterna down into the mix leaving them just a single point ahead of Torry and the rather surprise rivals for that final relegation spot.

But going into the penultimate game of the season the ‘whats’ and the ‘ifs’ counted for absolutely nothing with the football still to be played and next season’s Tercera status still to be won.

Following Damian’s needless yellow card against Crevillente Molina and Dani Salazar were brought into the Torrevieja starting line-up for this most vital of games which somehow seemed to be lost on both sets of players during the opening quarter.

Neither team looked keen to make the running which had both sets of supporters wondering why they alone had made the effort.

It took fully 20 minutes before the game finally flickered into life when Paterna’s wide man Alcaide shot straight at Jose Carlos in the Torry goal with the goal completely at his mercy. Let off number two came for the visitors moments later, this time a fierce drive from Tobias that shaved the Torry post.

The Torry bench were screaming instructions at their players as all the pressure was coming from the home side.  Indeed it took a brilliant point blank save from Jose Carlos to keep out a Selu header on the half hour mark before Vicente played a long downfield ball to Molina to spur the very first Torry break. An exquisite through ball to Beltran should have been converted but the striker somehow screwed his effort wide with the Paterna goal opening up at his front.

As the teams strolled off for the interval at 0-0, but with Buñol leading by the only goal of the game at Villarreal, the half time talk took on even greater significance for the Torrevieja manager.

Unfortunately it seemed as though the players had not been listening because any additional effort displayed by Torry was barely noticeable. It was still the home side that was calling the shots and both centre back Duco and centre forward Civera could have wrapped up the game early in the second half.

However the Paterna number 9 did come good with 10 minutes played as he unleashed a bullet of a strike to put the home side in front. 1-0.

At that stage it was all Paterna and with Pedreño playing his final card when bringing on three attackers midway through the half it really was a bold move from the Torry manager. But his side were being kept to long range efforts by their opponents, with Xenxe in the Paterna goal rarely getting a touch.

And when Javi Meca was dismissed for a second yellow on 75 minutes it really did look over for the visitors.

As Paterna continued to frustrate their guests, and with the extra man beginning to tell, a final mix up in the Torry box just prior to the end let in Tobias who was able to beat Jose Carlos at his far post.

And the salt was rubbed even deeper into the Torry wound as Bunol won at Villarreal and Almoradi capitulated to Muro pushing the Salineros even closer to the bottom rung.