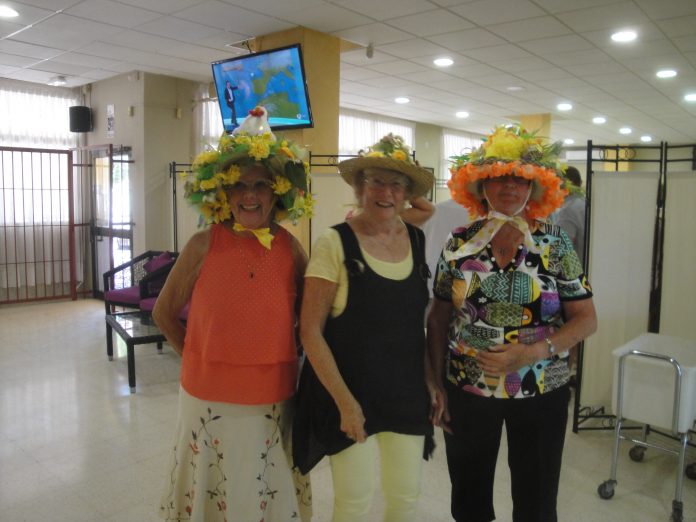 Easter Bonnet competition and Grand Easter Draw. A last minute change of venue had to be made but with the kind help of Carlos the manager who opened his restaurant especially for the event a great time was had by all.

A lot of the ladies had put a great deal of time and effort into making their bonnets and with Carlos judging the decision was made that the winner was Margaret Leigh, with Doreen Sykes runner up and Sue Savage third. The winner of the men’s best bonnet went to Chris Stallard in a great pink number ears and all.

The top prize in the  Grand Draw which was a hamper full of Easter goodies was won by Linda Falkner who had been unable to attend but her prize will be delivered to her by one of the members. With 24 prizes there were plenty of other winners and the draw raised €330 for the charity’s funds.

HELP member Sue Savage did a “guess the number of eggs in the jar”  competition which was won by David Sykes who guessed at 347 which was near enough to win.

At the end of a long and very pleasant lunch Carlos treated everyone to special after dinner drinks and a song or two. 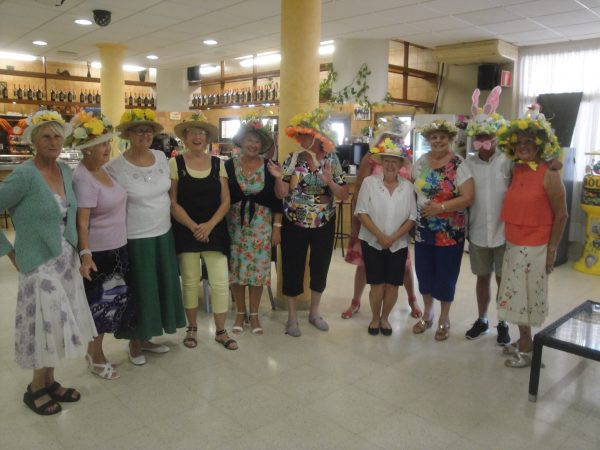 For more information call at our office in Calle Penélope, Los Narejos or ring us at 968 570 059 Monday to Friday 10 am. to 1.30 pm or call in at our Outlet in the Oasis Centre by the Arches at Los Alcazares open 10 am to 2 pm Tuesday to Saturday and have a chat with one of our members.

We look forward to seeing you.