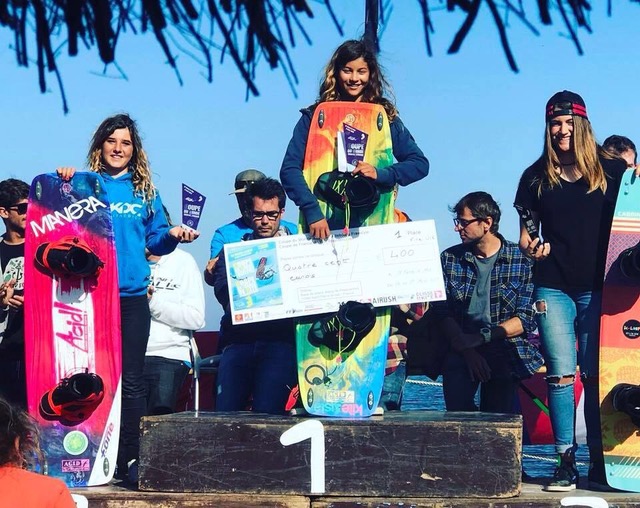 This championship is unique in the world and showcases this spectacular sport’s promising youngsters.  Being the best at this discipline, all of them promise to be the future stars of the kiteboarding world.

In the sport, surfing is combined with paragliding. The board allows the athlete to offer greater resistance to the wind and to glide across the water at the same time as performing rotations, turns and acrobatics at amazing speeds. The force exerted by the wind and the waves is considerable, so you have to be a real athlete. That is why it is also considered a risk sport.

Sponsored by Mojácar Town Council, Osaïa, at the age of twelve, is a promising youngster who is used to presenting Mojácar’s coat of arms which is proudly emblazoned on her board, on the podiums of all the competitions which she enters.

The female under 16 category, in which our most international Mojaquera competes, has a tough competitor in twelve year old Osaïa who will soon, very soon, rise to the top.

Meanwhile, she continues to train daily on the waves off Mojácar beach and, like any young person her age, shares her classes and teenage secrets with her Mojácar School companions.