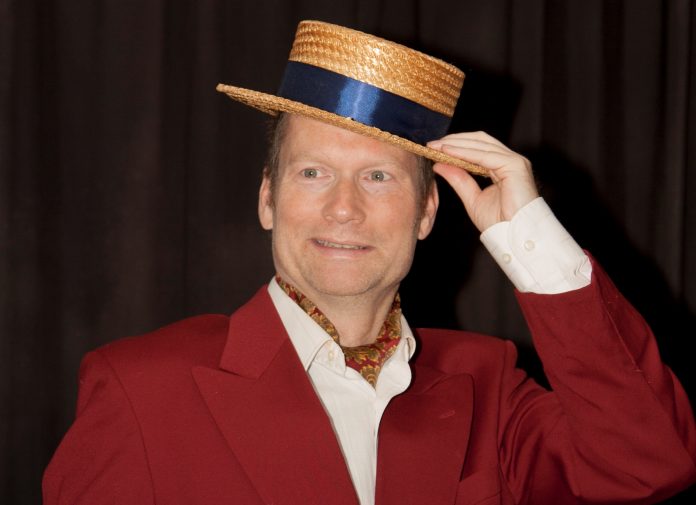 STUDIO32 are now over halfway through rehearsals for their summer production of “Mack and Mabel”. Tickets are available now and are already selling fast.

“Mack and Mabel” is a true story, set in the period of the silent movies, starting in 1911 and ending in 1938. The role of Frank is played by Nick Morgan (pictured). Frank is working as a “gofer” in Mack Sennett’s studio – that’s someone who “goes for” everything such as props – but he dreams of becoming a successful screen writer, and when new financial backers turn up at the film studios Mack is only too keen to introduce him as “the finest writer, fresh from the New York Times”.

Frank is also secretly in love with leading lady Mabel Normand, personified in his solo “When Mabel Comes In The Room”. But will his love be returned? Find out by coming to see the show! 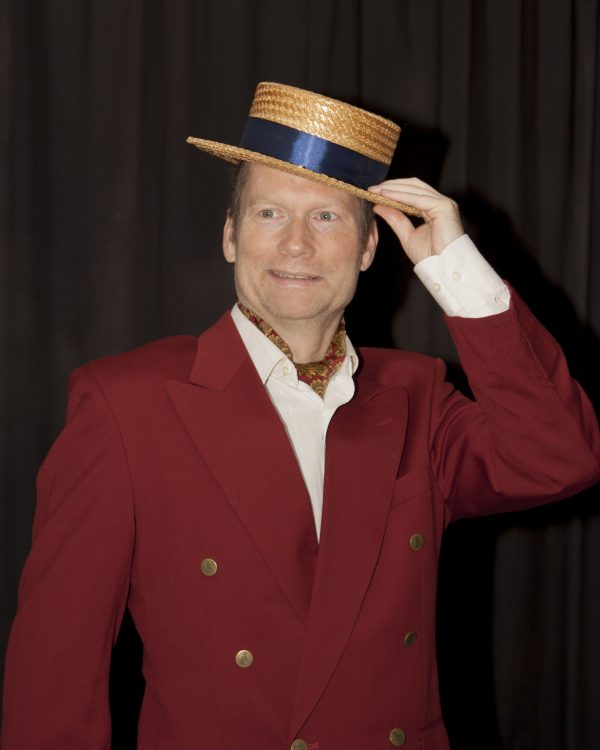 This is Nick’s third show with Studio32, having joined last year within days of arriving in Spain. He is an accomplished dancer, including tap and ballet, and has many years’ experience in musical theatre in the UK. He recently played the spirit of Christmas Present in Studio32’s sell-out production of “A Christmas Carol”

The show contains some great songs, dancing and humour, and the high standards of production from this talented company ensure that audiences will be in for a spectacularly entertaining evening.

Studio32 are continuing to support the San Fulgencio Alzheimer’s Association and local charities with this show. Past shows have raised significant sums of money and the company hope to repeat that with sell-out performances again. Seats for their previous productions have sold out quickly so make sure to book your tickets early.

Show dates are Wednesday May 31st to Saturday June 3rd at the Cardenal Belluga Theatre in San Fulgencio, all performances start at 7.30pm with doors open 7pm. Reserved seating tickets are now on sale, priced at 9 euros, and can be obtained by calling Philip on 602 454 033, or by emailing tickets@studiothirtytwo.org.  A seating plan is available on their website www.studiothirtytwo.org, along with lots of information about the company and past shows.

Tickets are also available from:

Five Games Found Worldwide That You Should Try Today