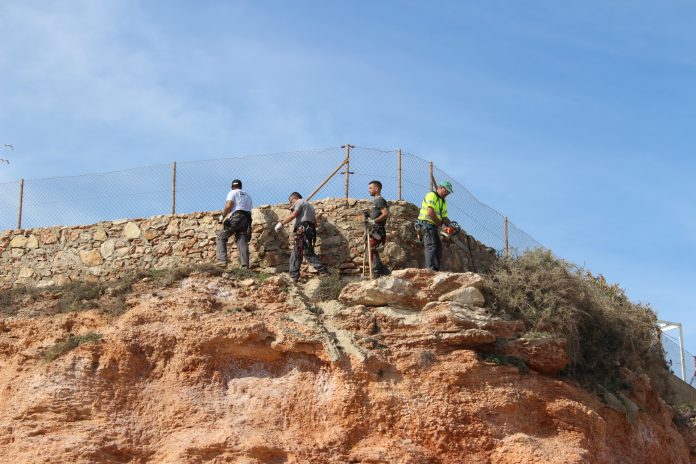 Four years it has taken, but at least the work is finally underway as UTE Soluciona SL and Marco OPP SA have begun the task of cleaning up the rock face and removing loose debris along the previously closed section of the coastal walkway from Cala Capitan to Cabo Roig.

The cost of the project, which will take seven weeks to complete, is said to be just short of 190,000 euro with much of the finance being provided by the Valencian Coastal Authority.

The Cabo Roig walkway has been closed since the summer of 2013 due to the danger of landslides in the area. The repair works that would allow the pedestrian path to open, just along from Cala Capitan at it’s most dangerous point, have been promised on a number of different occasions with the contract previously being awarded twice, the last time on 22 December, when the Local Government Board approved the placement of the work. The initial sum set aside was said to be 281,000 euros, with the commission eventually awarded for 187,147 euros.

On previous occasions the works have stalled due to lack of funding but with the election of the new government team, the procedure was restarted in December 2015. 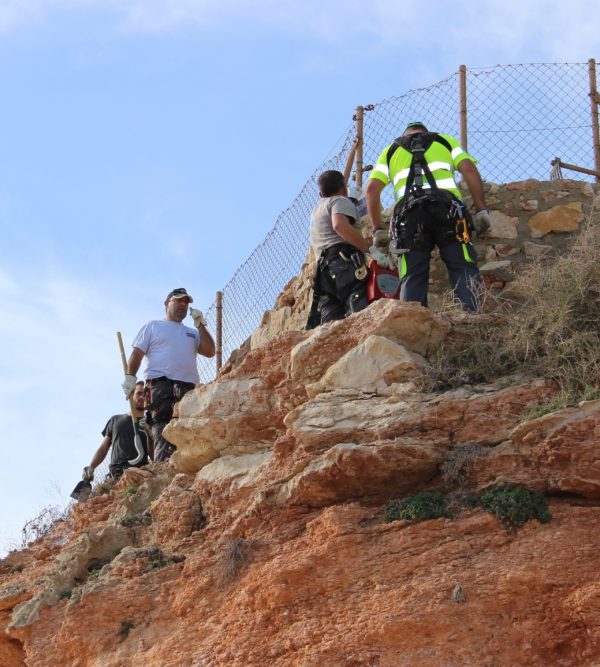 As the vast majority of visitors are drawn to the region by the wonderful Mediterranean coastline it seems inexplicable that the council has taken four years to find the funding necessary to carry out the Cala Capitan repairs, especially as resources for many much more expensive Orihuela city projects have appeared far easier to obtain.

Luisa Boné, the coordinator of the Coast announced the start of the work at a press conference last week. She said that  the contractors will removal all loose materials, clean up the slopes to achieve some sort of uniformity following which they will cover the slopes in a metal mesh which will be anchored down to ensure there is no repetition of the unpredictability and the rock falls experienced in recent years.

Despite being one of the most beautiful landscapes in the area this stretch of coastline became particularly dangerous as a result of rock falls and landslides caused by heavy rains and erosion from the sea.

On a number of occasions in the past the walkway was actually cut off by fallen mud and rock until four years ago the council closed it completely, establishing a diverted walkway along the adjacent beach.

It was only a matter of good fortune that nobody was seriously injured at the time.

In the next few weeks I for one will be looking forward to striding out once again along one of the most stunning walks on the rollercoaster of the pathway between Cabo Roig and Cala Capitan.