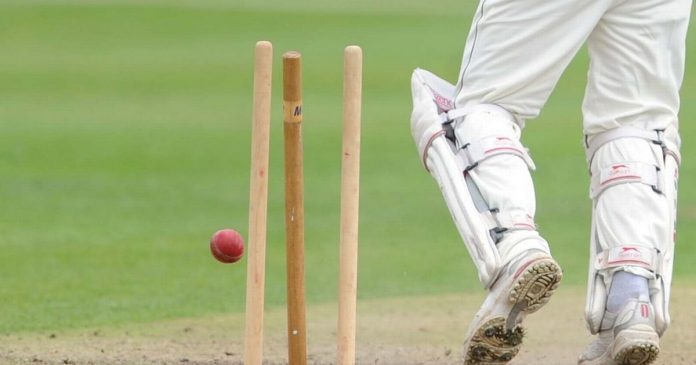 The Woodbridge Oval, Albir is a batting paradise. This weeks visitors, Tottington CC amassed a 351 run total off just 30 overs in a display of hitting normally reserved for the IPL. SACC game plan was amiss during this match, Muñoz taking the first over managed to get rid of Daden for 8 with a sprightly caught and bowled, Ali from the other end giving Muñoz his second catch this time it was Coe angling one low down to second slip. 2 for 15 from 2 overs a great start for the Alfas team.

K,Perman replaced Muñoz and the match altered in an awful way, His first over only being hit for one 4, but 10 extra´s as he struggled to find the correct line. Ali again looking good and claiming the scalp of Kelly for 0, caught by Alger, Alfas´s wicket keeper. K Perman´s second was better directed but sadly the batsmen found it to their liking and started the run feast, 29 off two overs for our young player. Roper in his first start this year bowled a lot better line and claimed the wicket of Whitehead(33) caught at first slip by Laundon. 4 for 75 from 9 overs.

Hornby then started to show his class and havoc reigned down on the SACC bowlers with nothing reaching the wicket keeper unless it was thrown back from afar. The next 20 overs going for 264 runs at 13.2, a spectacle to watch. Hornby doing the most damage reaching 188 including 22 fours and 13 sixes, helped along by some awful catching from the Alfas team. Murphy watching on from the non strikers end also helped himself to 47 before Roper´s last over, when he edged one through to Alger.

Hodson joined in the fun spanking SACC for 30 from 12 balls. again becoming a victim of Muñoz off Crompton. Hornby eventually holing out to Crompton in the deep off Ali´s last over. Marsh and Ingham seeing out the final few deliveries from a shell shocked SACC squad.

Tea time so cake and tea, before the run chase.

Roper opening the batting with Crompton set the tone and hit a quick fire 13 before leaving in the second over. Alger replacing him and the new pair screamed along to 64 before Crompton following Roper finding Whitehead in the deep off the bowling of Ingham. Muñoz joined Alger and the pair enjoyed the Tottington bowling and took the score past 210 before Alger(58) again finding Whitehead in the deep of the bowling of Ingham, 3 for 213 all reading caught Whitehead Bowled Ingham.

Matches change quickly and Muñoz after reaching his 100 kindly walked by one to give Ingham his 4 wicket this time stumped by Allen. At 218 for 4 would the SACC batting be able to reach the 352 required to pull of a shock victory, a great effort by the new batsmen but always difficult and SACC closed on 273 for 8, a fantastic game with an average of 10.4 runs per over, lets hope for more games with this much entertainment.

The Mighty Nomads return for their early season tour next Friday, Saturday, Sunday and Monday in what might be the highest scoring series in our two clubs history. Get in touch with Kevin on 637120660 if you have any interest in cricket, playing, watching, umpiring or scoring, they are all part of the game.

EFL clubs to vote on proposals to end season