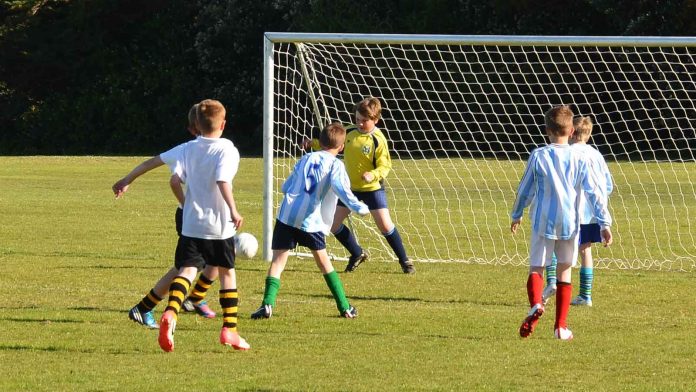 Daya travelled to Raval not having lost in their last four games but that was all about to change.  In the first minute Jaime had to produce a good save as the home side took the game to Daya from the off.

Within five minutes Raval went ahead when a free kick was met by a thumping header that gave Jaime no chance.  It should have been 2-0 just a minute later when the home side won a penalty, Jaime had other ideas though making a truly fantastic save low down.  What a great start the home side had made, Daya just could not get hold of the ball for any length of time.

It looked like the visitors were in for a torrid time this evening.  Daya won a corner on twenty minutes from which a good headed effort was cleared off Raval’s goal line.  The visitors were now enjoying a little more of the play and another good headed effort from a corner just flew wide.  On twenty six minutes a long ball over the top was Daya’s undoing as it left a simple lob over Jaime for 2-0.  Now it was imperative that the visitors score next otherwise it would be all over bar the shouting.

On thirty six minutes Daya did get the next goal, a great move down the left was started by Francisco and after some great inter passing  Francisco received the ball back and hit a fantastic cross field shot that beat the keeper all ends up to may be give Daya a way back in to the game.   So 2-1 at the break and all to play for now after a spirited rally by Daya towards the end of the first half.  Daya started the second half well and a good move on fifty minutes saw a fierce shot by Sienna scrambled away for a corner.  From the corner a good headed effort was cleared off the line.  Could Daya find a way to score the goal that their play at this stage deserved ?

On fifty eight minutes it was probably game over for the visitors when from a free kick Daya conceded a third goal.  Just minutes later Raval hit a Daya post, then the cross bar came to Daya’s rescue moments later as the home side threatened to run up a big score.  So all Daya’s second half early promise had well and truly evaporated as the home side kept up a constant onslaught on Daya’s goal.  It got even worse for the visitors on seventy four minutes when Daya went down to ten men following Tuto’s dismissal.

To some extent they did as the home side were unable to add to their total.  So final score 4-1 with Daya being well beaten by a very very good side,