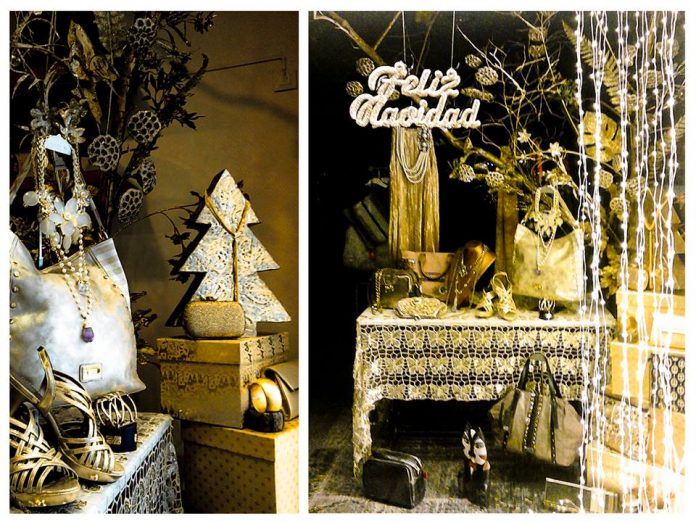 Now that the Christmas holidays are over and all the gastronomic and family commitments are fulfilled, Mojácar Town Council has announced the names of the winners of the III Mojácar Christmas Window Display Competition, bringing to a close this year’s Christmas holiday season programme.

The Boutique Palme, located in the Mojácar Parque Comercial, was declared the winner of this popular event, which was supported by entries from a large number of local merchants.

The competition, organized by the Mojácar Councillor for Festivities, is already in its third year and enjoys a high level of support among local businesses whilst encouraging them to create a great Christmas atmosphere all around the town.

The public vote was done this year by using Facebook. “Palme” boutique gained 825 followers or “likes”, which earned them the first prize, valued at 500 Euros. The tobacconist La Fuente, with 660 votes, achieved second position and a prize of 300 Euros. In third place, with an award 100 Euros, was the decorations shop “The Vuelta de las Golondrinas” which is located in the old town of Mojácar.

It is worth noting the large number of contestants, as well as the high quality and imagination, of all the shops that took part. Mojácar looked really festive and its window displays attracted the attention of both residents and visitors alike.